The company is working on the production line for Tesla's new 4680 cylindrical cells.

Panasonic has shown a relatively positive financial report for the fourth quarter of 2020. The company increased profits, achieving similar sales as a year ago.

Let's take a quick look at the results, including the automotive and EV battery business. 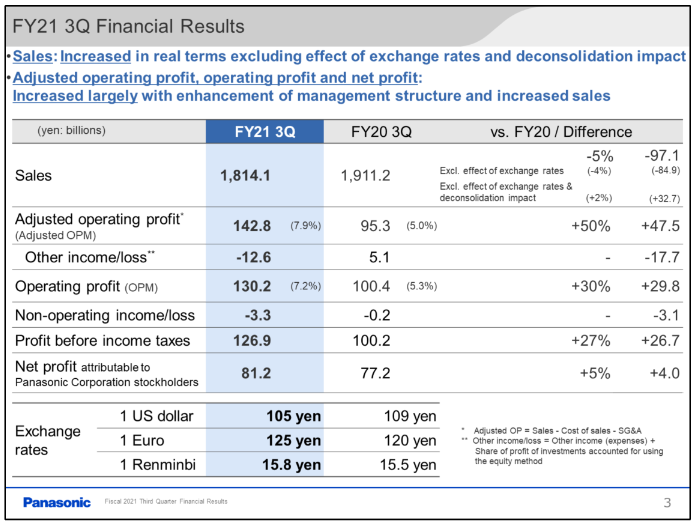 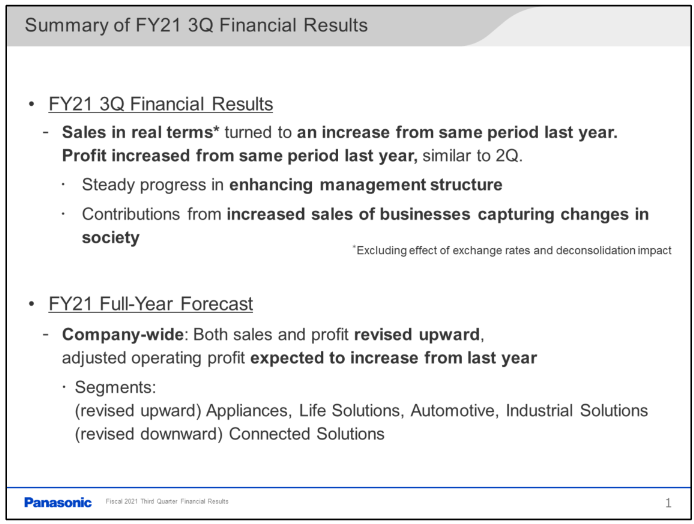 Our focus is on the Automotive category, which includes lithium-ion batteries for xEVs. The overall sales increased by 7% year-over-year, but there are no or low profits.

"Sales in Automotive Solutions saw rebounded demand after reduced production of vehicles in 1Q, despite lower sales of automotive cylindrical batteries due to modifications on production lines.Profit increased overall."

"Profit increased largely in automotive cylindrical batteries through rationalization and other factors. However, profit decreased in Automotive Solutions due to recording of temporary expenses related to the issues of onboard charging systems, while there were increased sales and fixed-cost reduction effect." 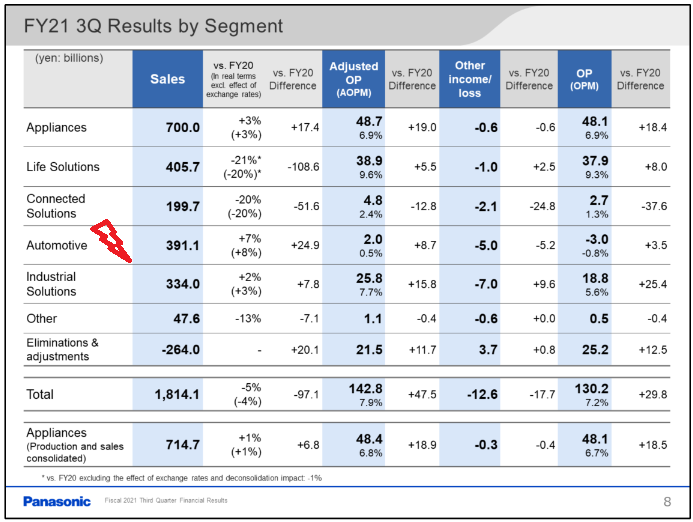 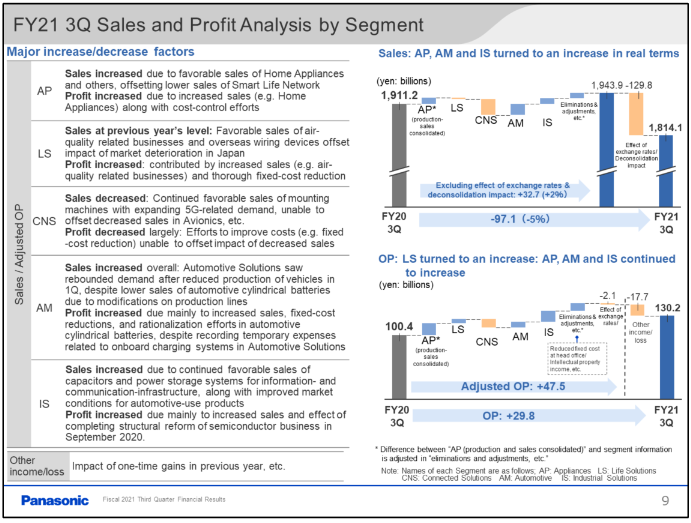 The Automotive Batteries subcategory shows decreased sales "due to temporary decrease of sales of cylindrical batteries resultin from modifications on production lines to introduce technology for higher battery capacity".

On the other hand, profits increased, thanks to the improved production process and higher capacity cells. The automotive cylindrical battery business continues to be profitable. 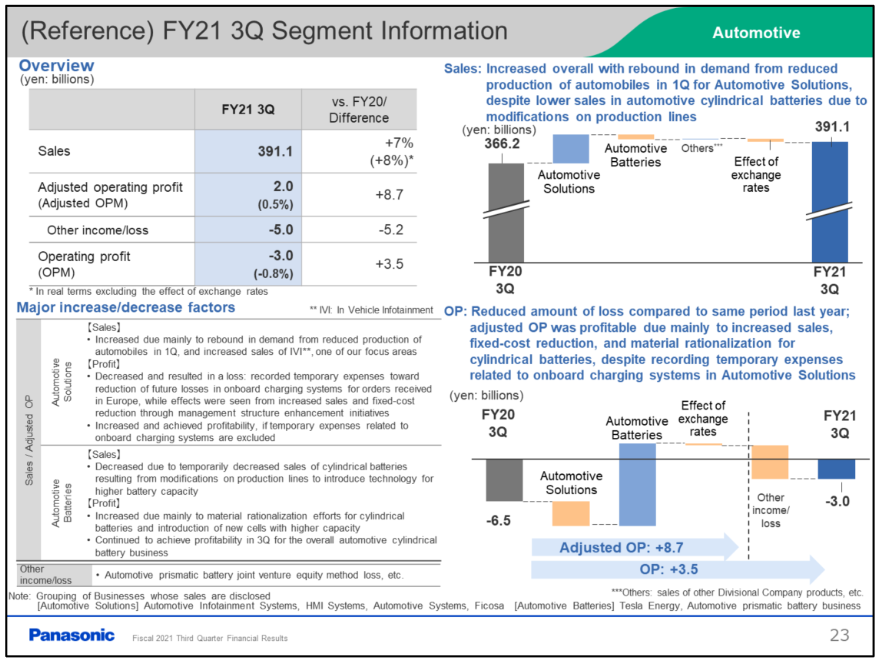 As always, there are no details about the xEV battery business unit. However, Panasonic lists several important topics: 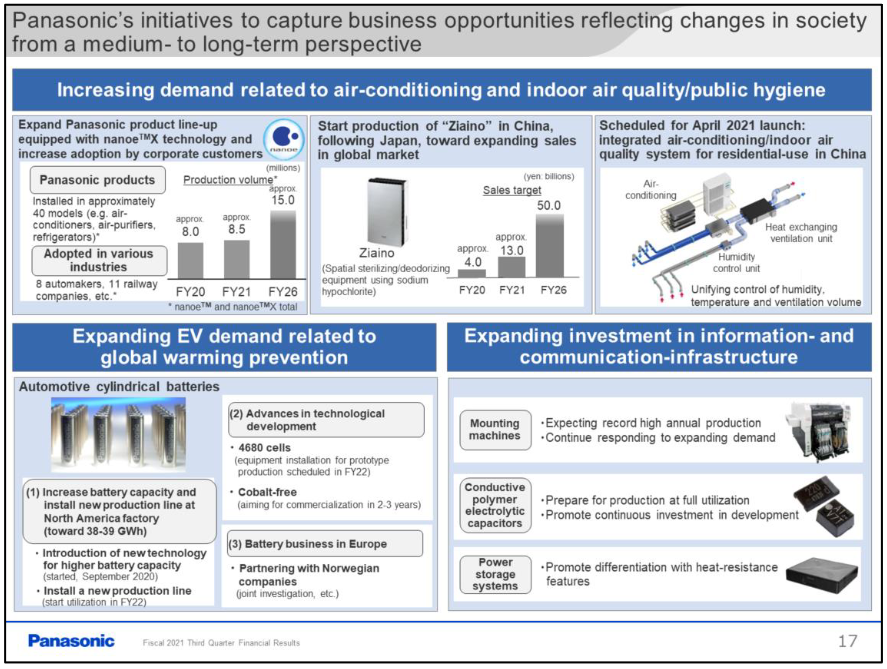