Since this was the first time they were ever mentioned, it’s remarkable how VW chose to talk about them.

We know Volkswagen has vowed to clean up its act and that it is introducing more and more battery-powered models into its range, but it usually announces its new models in a more obvious way. Not for the ID.4 GTX (the performance-oriented version of the ID.4) or the ID.5 (the coupe-like version of the ID.4), though, as they were merely alluded to in a recent press release about something else.

Volkswagen made its first official mention of the ID.4 GTX and ID.5 in a document describing how the manufacturer has not only met, but surpassed its European CO2 fleet targets for 2020, with an average of 92 g/km. This marks a 22 percent drop in the manufacturer’s range-wide emissions and VW seems especially proud of it.

And two of these new models will be the ID.4 GTX, which we’ve seen spy photos of a few times, as well as the bolder looking ID.5 (which in turn will also eventually get its own GTX variant, as confirmed by our spies). The ID.4 GTX will be the most powerful ID.4 variant, it will come with a dual-motor all-wheel drive system capable of delivering 302 horsepower, allowing the vehicle to sprint to sixty in around six seconds.

The ID.5 will sacrifice some rear headroom and cargo volume in the trunk for a sloping roofline that looks like that of a traditional coupe or a fastback. The only part of the ID.5 that will be different from the ID.4 will be its roof - we don’t expect it to have radically different front and rear fascias or any other major change. 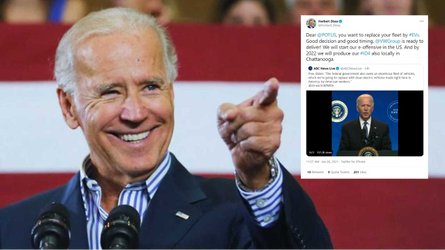 Who Will Supply EVs For The U.S. Government? Volkswagen Volunteers
⠀ 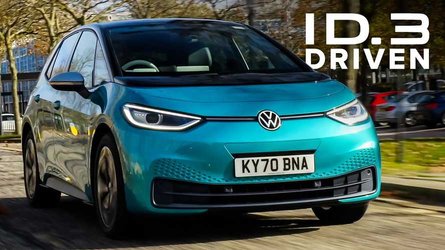 Carfection Brands Volkswagen ID.3 As An ‘ EV For The People ‘
⠀ 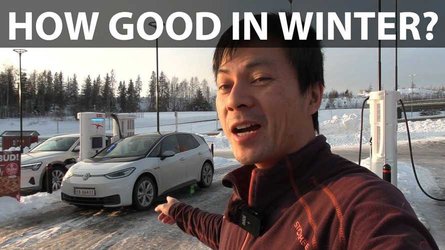 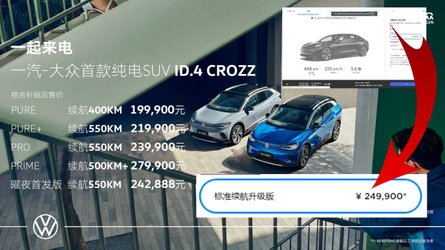 VW Releases ID.4 Prices In China: It's Cheaper Than The Tesla Model 3

Maybe Volkswagen will fit it with stiffer suspension and tune it to feel sportier, similarly to how BMW tweaks the suspension on the X4 to make it feel sportier than the mechanically identical but more practical X3. Expect to see the ID.4 GTX sometimes this spring, maybe at the same time as the ID.5, but there is a chance that neither will be available in the United States.