The wait is over for people hoping for a cheaper Tesla Model Y.

UPDATE: Tesla has published an image of the third row.

We weren't surprised to see Tesla finally release a cheaper version of the Model Y, though we were surprised it was the Standard Range option. This is because CEO Elon Musk previously said in a Tweet that Tesla wouldn't be making a Model Y Standard Range since it would have an "unacceptably low" range of fewer than 250 miles.

Tesla Canceled Model Y Standard Range: 4680 Cells May Bring It Back
⠀ Why Would You Cancel Your Tesla Model Y Order? Here's Some Insight

The Tesla Model Y third-row option doesn't jump out at you as you visit the automaker's website. However, if you've been keeping your eyes on it, you may know that the option is a few pages deep in the configurator. After choosing your crossover's color and wheels, you'll move forward to the page with what Tesla officially calls the "Seven Seat Interior." It's a $3,000 option. Adding the third row does not change the estimated delivery timeline. 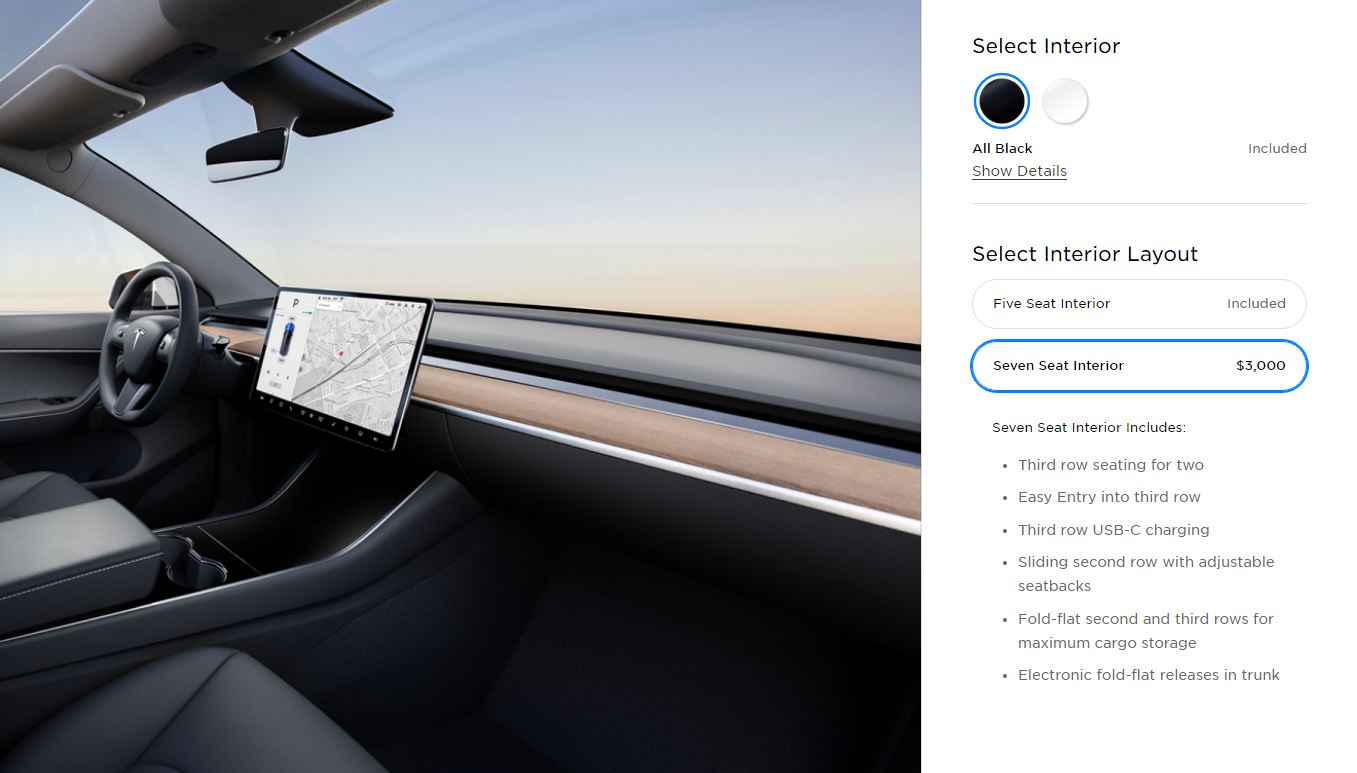 According to the information provided upon clicking on the 7-seat option, it explains that the row will seat two passengers, offer easy entry, and fold flat for cargo. Sadly, Tesla still doesn't provide a photo of the third-row seating. However, the video below helps. Check it all out and then leave us a comment.