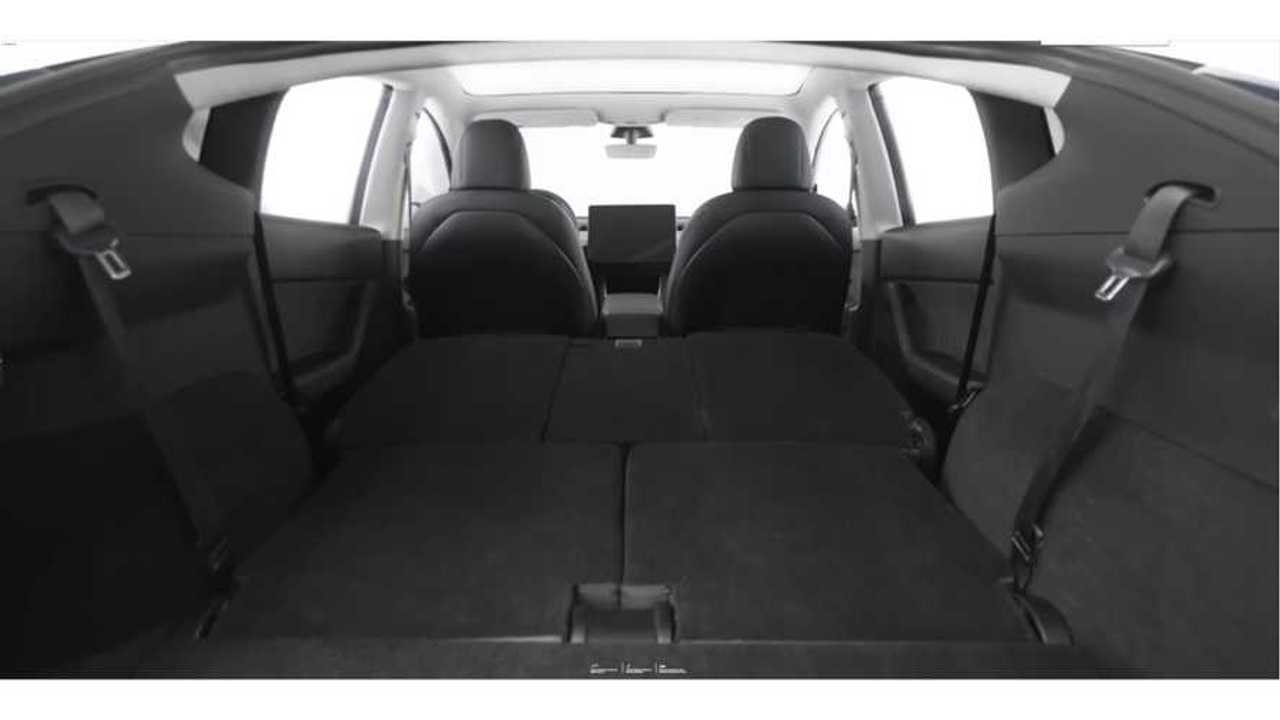 The jump seats, like the Model S had back in the day, won’t be making a comeback.

Many people commented that the third row of seats that was optionally available for the Tesla Model S was quite odd in that it was rear-facing, like in old American station wagons. However, it seems the Model S is the only Tesla with that kind of seating arrangement, because the Model X SUV has regular, front-facing seats in the third row and it looks like the smaller Model Y high rider will get a similar setup for its seven-seater option.

*Hat tip to Daniel Zorrilla for finding and sending the image above and the lede image.

We don’t yet know with certainty, but Tesla fan Brian Jenkins (known as i1Tesla on YouTube and Twitter) noticed that in a representation of the car that the third row of seats si, in fact, going to be a front facing one. How and when did he notice this? Well, it was when he drove the car with the trunk open and the car displayed an image showing the open trunk and the clear outlines of the two third-row seats.

How do we know they are front-facing? It is based on the placement of the seatbelts - they are clearly not placed for rear-facing seats, otherwise they would have had to be much closer to the second row seatbacks. But since they aren’t, Brian says he’s pretty sure he is right about this (and checking out the images, we have to agree).

This Video Says Tesla Model Y Has A Worthy Rival In The Volkswagen ID.4
⠀

Tesla previously announced that the seven-seater Model Y would go into production in November of this year and first deliveries would start in early December. However, it is now mid-December and it looks like these first deliveries have been pushed back to January 2021, which is when we will have confirmation of the seat orientation.