We've been suggesting this all week, and now it appears to be a reality.

While the start of Tesla Model Y production in China comes as no surprise to us, many people may be shocked in disbelief. From the talk of a Tesla factory in China, to its record construction and subsequent launch and delivery of vehicles, Tesla's efforts in China have been nothing short of impressive.

Getting the Model Y into production in China before the end of 2020 may be the icing on the cake, though at least a few local deliveries would really be an accomplishment. However, that may be a stretch.

We've shared some reports with you in the past from Tesla follower and drone operator WU WA. Recently, he caught a Model Y driving leisurely around the test track at Tesla's Gigafactory in Shanghai, China. The Model Y was also shared with the public in China back in October. Now, according to WU WA, Tesla has officially started Model Y production, and he has video to prove it.

As you can see from the video, WU WA and his team spotted some 40 Model Y crossovers wrapped in protective covering in a parking lot at the Shanghai Gigafactory. Construction of the Model Y portion of the factory was delayed until March due to the COVID-19 pandemic. However, in just short of 10 months, Tesla has completed it to the point that it can begin producing Model Y vehicles. 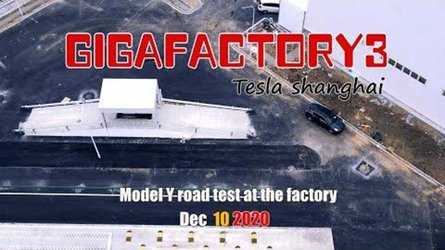 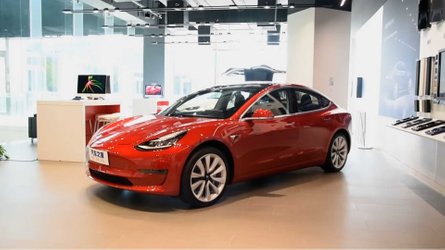 It seems China will prove integral in Tesla and Elon Musk's efforts to achieve its goal of delivering some 500,000 cars this year. Tesla has sold a whopping 110,000 Model 3 vehicles in China this year through the end of November. It will be interesting to see how many Model 3s it sells in December. Will there be 40 or more Model Y crossovers on Tesla's list of deliveries in China in 2020?