We think you'll be quite surprised by the results.

Our friends over at All Electric Family put together a unique ICE versus electric towing test recently. They got ahold of a Ford Explorer to compare to their Tesla Model X. The Explorer and the Model X are both midsize SUVs with similar towing capacity.

The Explorer ST that they're using for the test can pull 5,600 pounds. The Model X tops out at about 5,000 pounds. While these midsize SUVs are closely matched when it comes to size and towing capacity, they're also very different in many ways. Of course, the most glaring contrast is that one is gas-powered while the other is electric. In addition, a new Model X will set you back at least $80,000 whereas the Explorer ST starts around $55,000.

The Tesla Model X comes standard with all-wheel drive and cranks out serious horsepower and torque from its two electric motors and 100-kWh battery pack. The Explorer ST is the sportiest trim in the lineup, and it's powered by a 400-horsepower 3.0-liter twin-turbocharged V6 engine. It also features standard four-wheel drive and a sport-tuned suspension.

What's the best way to compare these two midsize SUVs when it comes to towing? What is the most important metric to compare?

All Electric Family is most concerned with efficiency. More specifically, they want to know how much range the Explorer loses compared to the Tesla while towing. To test this out, they drive each SUV towing the same load for 30 miles at 60 mph. They measure each SUV's "miles per gallon" with and without the camper attached.

People often say EVs are bad for towing since they lose so much range. However, ICE vehicles lose plenty of range while towing as well. It's just not as common for ICE drivers to pay a lot of attention to range and efficiency. They simply tow, add gas, and keep towing. Based on All Electric Family's test, the Explore actually lost this battle. What? 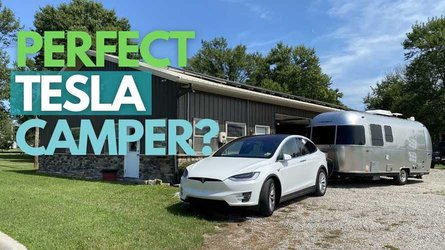 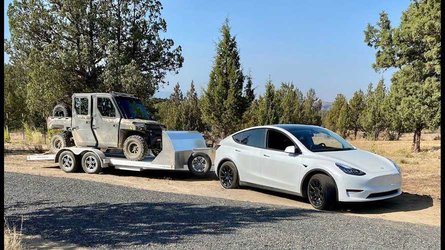 Check out the video to learn more about how they tested these vehicles and came up with the results. Then, leave us a comment below.