It is reassuring to see that in an otherwise stable market, growth is something reserved to electrified cars.

Italy’s car market consolidates its recovery from the Spring lows in October, as sales rebound to last year’s levels. Meanwhile, the road to electrification continues, with exponential growth trends reaffirmed in the country and across Europe.

October was going to have a hard time following the recent all-time highs set in September, the result of a combination of new government incentives and typical end-of-quarter push. So, while no new records are reached this time around, it is reassuring to see that in an otherwise stable market, growth is something reserved to electrified cars.

Over 158,000 vehicles were registered this month, in line with the same period last year (see Unrae data). Traditional internal combustion models are however at a loss year over year (YoY), as the switch to hybrids by legacy carmakers goes mainstream. Traditional, plugless hybrid cars now make up about a quarter of all registrations at over 39,000 units, improving on previous levels and eating most directly into petrol car sales. Plug-in vehicle registrations are still relatively low by other European markets’ standards, yet they impress with consistent growth, only arguably limited by low availability at Italian dealerships compared to other European markets.

BEVs in fact triple YoY, with 2,889 units (up from 947 in October 2019), for a 1.8% market share. This is their second-best result to date right after the September records. Even more notable is the result for plug-in hybrids: with 3,653 units and 2.3% market share – over 4 times (!) the 849 registrations from October 2019 – this month not only gives PHEVs an unusual edge over BEVs, but also sets a new historic high. Total plug-in market share now stands at 4.1%, just shy of the previous month’s record of 4.4%.

When it comes to individual results for pure electric cars, the Top 10 monthly chart shows how dominant compact cars are in the Italian market. 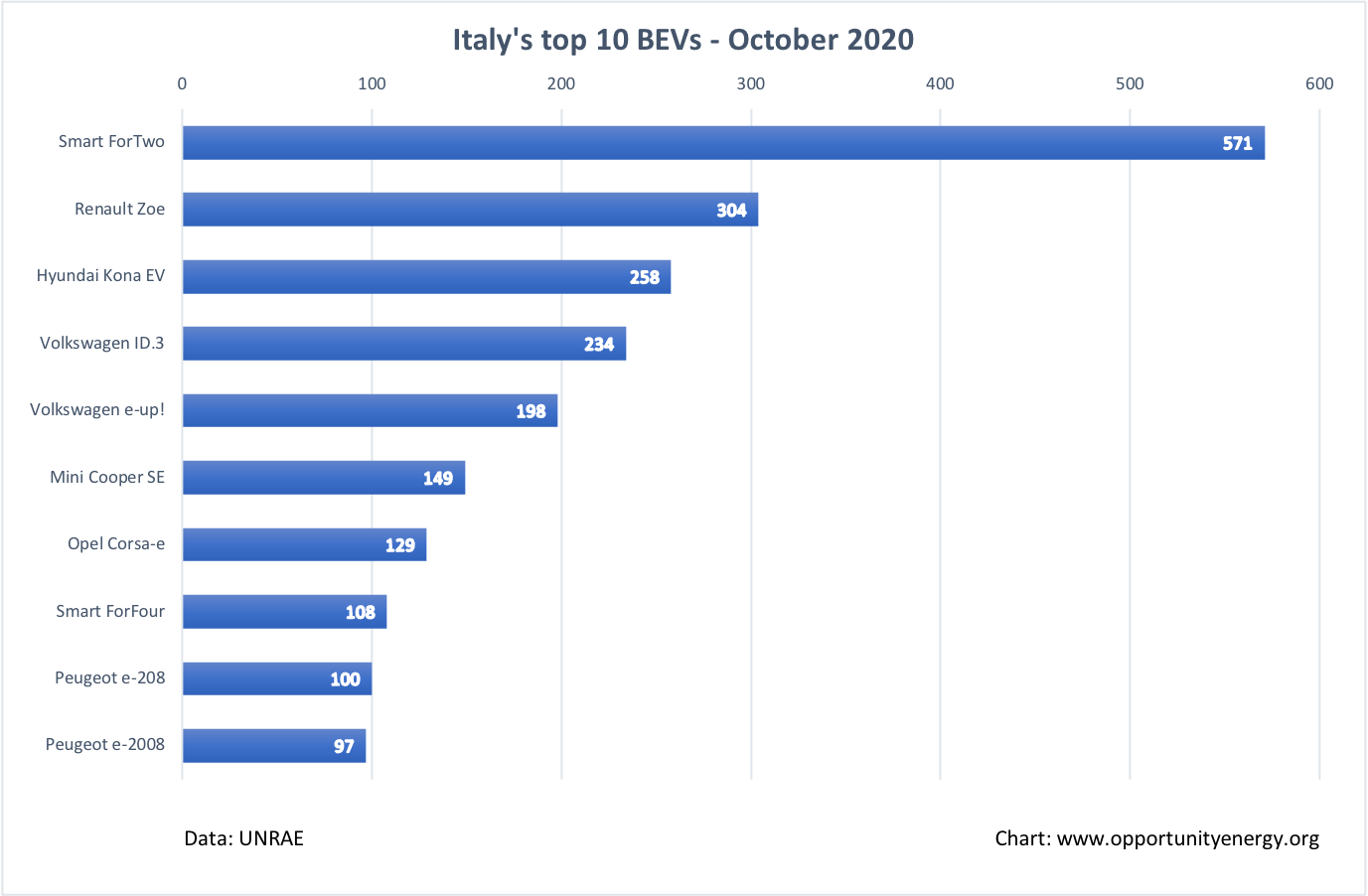 Smart ForTwo conquers the top spot for the second time this year with 571 units, one of only three models to achieve best selling status in monthly stats in 2020. Renault Zoe (usually on top) follows in the second position with 304 registrations, while Hyundai Kona EV finally reaches the podium for the first time, getting third at 258 units.

Volkswagen follows with two models: the brand new ID.3 takes fourth place with 234 registrations – slightly below its previous month levels (270), when it first landed in Italy. Lukewarm reception or just a matter of VW logistics favouring other European markets? We shall see. Meanwhile, the e-up! stays strong and takes fifth place with 198 units, confirming its popularity in a country highly biased towards city cars. 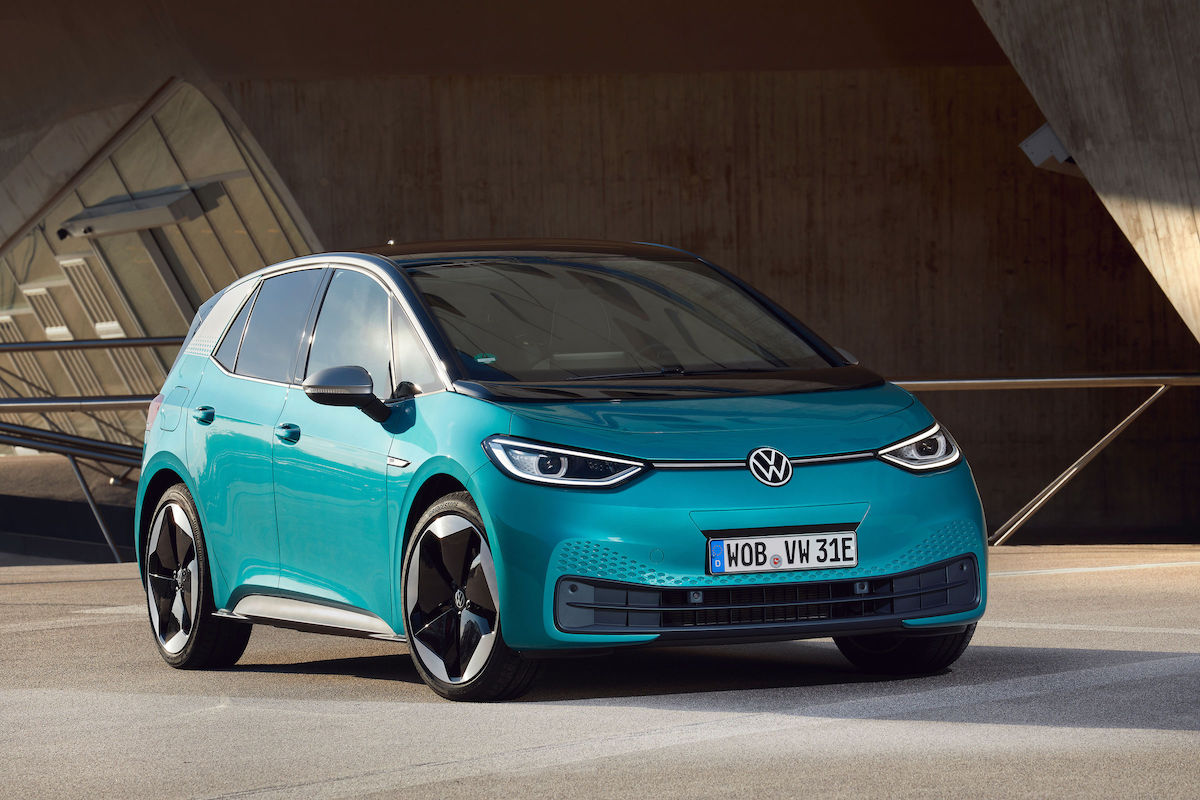 The Top 10 is completed by more well-known models. The Mini Cooper SE takes sixth place at 149 registrations, with Opel Corsa-e trailing at 129 units. Smart ForFour (108 registrations) follows, separating the Corsa-e from its French siblings, the Peugeot e-208 and e-2008, which close the chart at 100 and 97 units respectively.

So any surprises this month? Perhaps one: no Tesla among the best sellers. Right after record deliveries in September (880 units), Model 3 is out of the October Top 10, a temporary dry spell that could however be anticipated, given the brand’s usual push in favour of quarter-end numbers.

However, it is this market’s main feature to favour models from A and B segments. Speaking of which, more brand-new mini BEVs are on their way to make an impact in the last months of the year, with Fiat 500e leading the charge. 2020 is poised to end on a high note for the Italian EV market.