Rivian Delivery Truck For Amazon Is Photographed Driving Without Camo 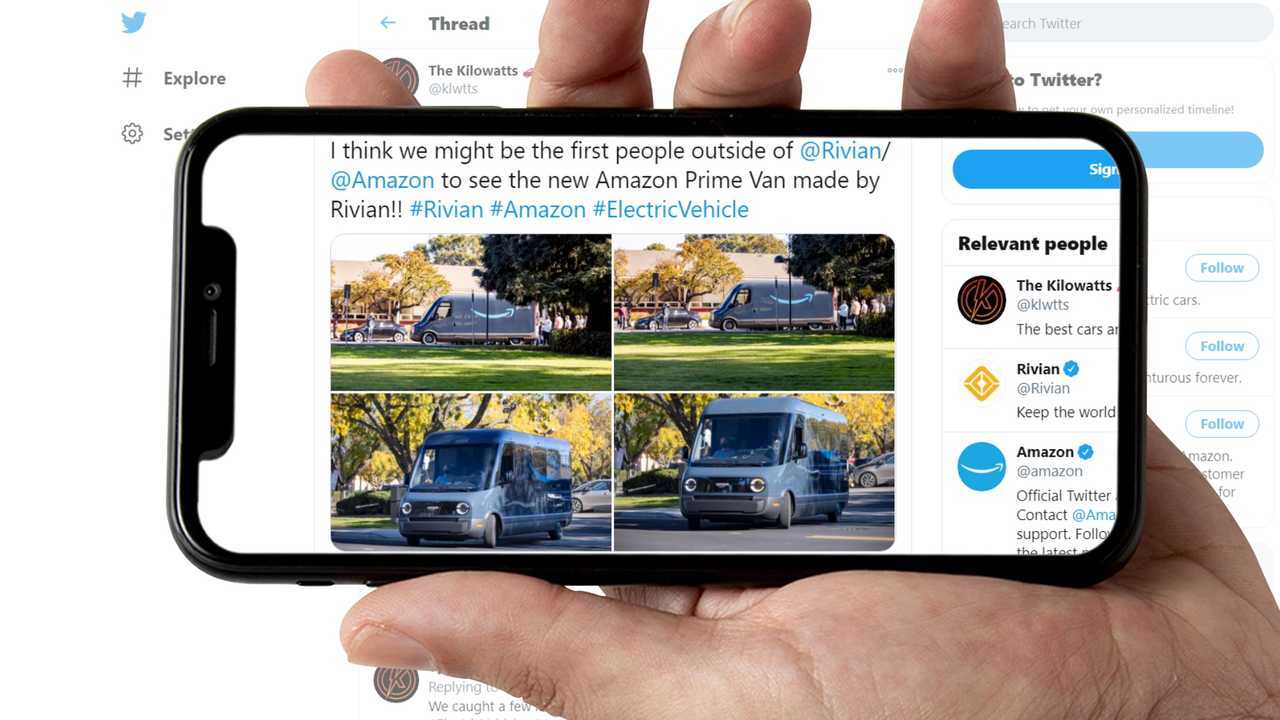 This must be the first public appearance of the new commercial electric vehicle.

Rivian has at least one big customer: Amazon. Besides being a Rivian investor, the tech giant also ordered 100,000 units of a delivery van to the electric car startup. The first prototype was revealed in a video back on October 8, but we did not imagine it would make a public appearance any time soon. Well, it did – and the Twitter account The Kilowatts was there to take multiple pictures of the electric van in the wild.

The van was photographed on November 16 in California. Asked by its followers, The Kilowatts said their impression was that this was not a prototype, but rather the van's production version already.

In the video, Amazon said its electric vans would hit the road in 2021, which is just a few weeks away already. This may explain why the delivery van was already driving – even if not yet delivering anything.

There is very little information on the technical specification for the new electric delivery van. We have no idea of the range, how powerful it will be, or even its dimensions. Considering the R1S and R1T will have a minimum range of 300 miles, that would be our bet for the delivery van as well.

What we know for certain is that Rivian will manufacture them, with the first 10,000 units being delivered before 2022. The other 90,000 are to be produced until 2030 at the Rivian plant in Normal, Illinois.

What Will You Do If You Need Your Rivian R1T Electric Truck Repaired?

Apart from being environmentally responsible, these vans are part of a commitment Amazon has made to The Climate Pledge of going carbon neutral by 2040. That’s a decade earlier than the Paris Accord demands.

As usual with Amazon, the company will make this commitment turn into profits by having Rivian shares. When more people want these vans for delivery or to become camper vans, Amazon will side with Rivian behind the counter. If only it could tell us more about what this van will be capable of doing...