VW ID.3: It Has Multiple Bugs, But Here's Why

Emission fines would be the reason why Volkswagen decided to deliver an incomplete product.

After we told you about the 12V battery issue on the Volkswagen ID.3, we learned about many other bugs on the "electric Beetle." The irony this holds may be the focus to many, but it is the explanation for them even to happen that deserved our attention. Thank the guys from Nextmove for it, as well as for revealing some of these issues and for the video above.

The truth is that Volkswagen has huge sales volumes, which makes it also have massive emission rates. The ID.3 was the company’s ace in the hole to prevent hefty fines related to these emissions, but it was not ready. According to Nextmove, that did not prevent Volkswagen from delivering them anyway and fixing them later if necessary.

This is the same strategy Elon Musk adopts with Tesla but in quite different circumstances. Tesla is good at programming but lacks manufacturing quality control. Volkswagen vehicles have a reputation for being well built, but most of the ID.3’s issues are related to software.

The video shows 22 bugs and does not mention the 12V battery issue nor the disconnecting key. That would make the list grow to 24 problems, but our reader JB – who preferred not to have his full name published – told us he has experienced even more.

His ID.3’s rear camera would randomly turn off, the location of his car in the navigation system and both display would freeze, the speaker system would make a crackle every time he connected his smartphone to Bluetooth, the keyless system would work intermittently, and a message asking him to take the car to the dealer would pop up every once in a while. We counted 30 glitches so far.

JB used to park the car and wait a few minutes to fix the problems, which was not always safe or convenient. He would then take the car back to the dealer and wait for the repairs, which did not prevent the issues from happening again. Back to his dealer, JB heard that the solution would only come by January and that more owners are also experiencing the issues. The general message was that only Wolfsburg could sort this out. The Nextmove video confirms this.

According to it, Volkswagen would have warned its clients that they could wait for the car delivery with the final version of the software by January 2021. The ones who did not want to wait are the ones the company invited to the First Movers Facebook group. There, they can inform what they want the company to change in their cars.

Volkswagen also offered these customers some advantages, such as €600 in charging credits at Ionity, a set of free winter tires, and no payment in the first three months of their leasings. Put in another way, Volkswagen gave them a car with beta software but included compensations to try to make it worth it.

For JB, that was not the case. He bought his ID.3 to get rid of a diesel SUV and stop paying the congestion charge. He decided to return the car and is having to use this very SUV instead of his “electric Beetle.” The customer is also asking for a refund and is still paying the leasing, but have not heard back from Volkswagen in several weeks.

These are his words about the ID.3:

“I actually love driving the car and think it's great design. VW just needs to get real about addressing these issues before they end up with another Dieselgate on their hands.”

Ironically, it was Dieselgate that killed diesel cars and made Volkswagen need an electric vehicle to cut down carbon emissions. The issue is that it is apparently delivering cars that could only be on the market by 2021 – if its software is ready by then – and customers seem not to be aware of that.

If that was not enough, Volkwagen is also replacing the ID Charger, its wallbox for the ID family. Produced by Elli, they also present a programming error that makes them charge in a single phase, with only 4 kW.

Focus.de informed that internet-enabled units can be fixed with an over-the-air update. All the others which are not yet installed are being replaced. The ones that are already on walls need the visit of an electrician, who performs the software upgrade at customer’s homes. 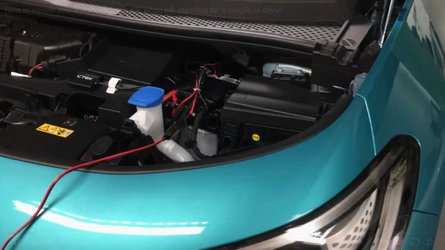 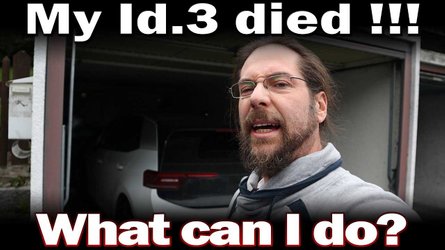 If the perspective the Nextmove video offered to the issues is the correct one, it is clear this is a matter of calculation. Volkswagen has to decide what will cost more: the emission fines or the prestige damages and unhappy customers. For a company that plans to turn large scale into its biggest advantage with the ID.3, thinking only about the short term may be very risky.

Either Volkwagen is more clear about the glitches these cars may present now – and everybody that prefer not to wait agrees with that – or it may ruin the ID.3’s reputation right from the start, collecting unhappy customers such as JB along the way. For the sake of an electric car that wants to take electric mobility to the masses, may VW be able to take the best decision possible.