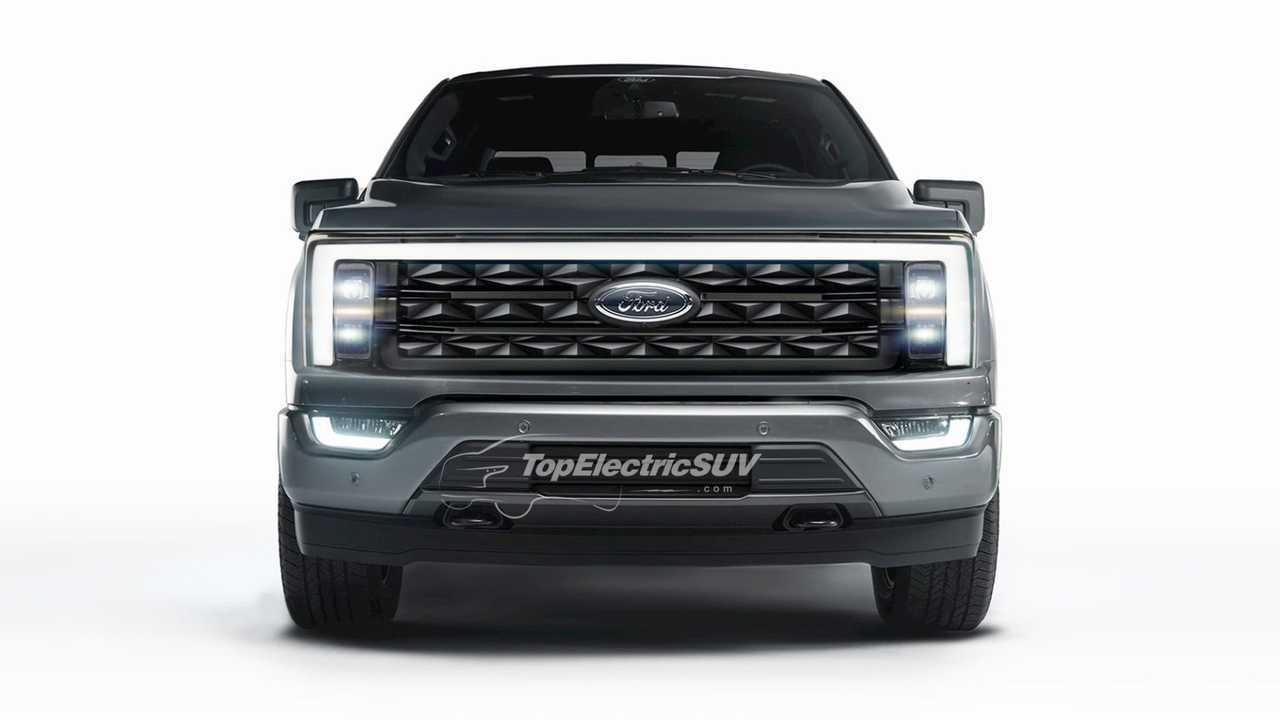 While the Electric will be one of many F-150 variants, it will have its own visual identity to help it stand out.

We already know that Ford wants to differentiate the front fascia of electric variant of the new F-150 by giving it a unique design whose most striking feature will be a full-width light bar running across the entire front end. Based on that knowledge, and the teaser released by the Blue Oval, TopElectricSUV.com created this believable rendering that previews the F-150 Electric’s look.

The upper part of the fascia is looks like it’s spot on, with the closed off grille featuring triangle details. This was barely visible in the teaser, but in this rendering we say they’ve actually nailed the actual production grille’s pattern.

The lower part, meaning the bumper, looks like it’s lifted straight from the normal F-150. We don’t know if this will be the same on all F-150 models, particularly the Electric, and the teaser didn’t show off that area at all. We say there’s a chance the front bumper will differ more in order to compliment the Electric’s different front end style.

Here Are The Electric Pickup Trucks And SUVs Coming In 2021

Do we know anything else about the F-150 Electric at this point? Well, yes. It is expected to debut in mid-2022 and unlike pretty much all its prospective rivals, it may even get a range extender variant. It will rely on a dual-motor setup for motivation and Ford estimates that it will provide owners with up to 40 percent savings over the lifetime of the vehicle, compared to ICE variants of the same model.