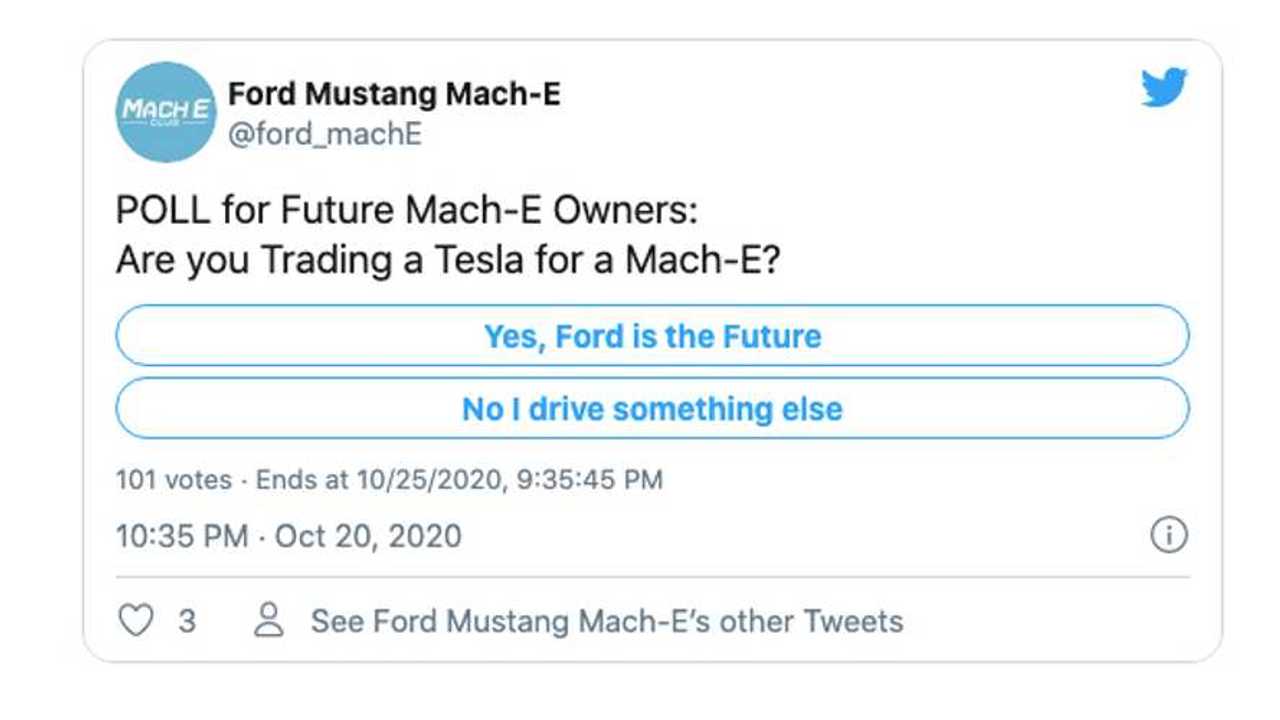 Only around 100 people voted, so it may not be representative for the majority, but it might suggest a trend.

The Mustang Mach-E Club recently posted a poll on its Twitter account that revealed something rather interesting about many people who have ordered Ford’s sporty new electric crossover. Around 33 percent of the respondents say they are going to trade in a Tesla in order to start driving their electric Ford.

Sure, only just over 100 people voted int the poll, so we don’t know how accurate it is to represent the actual number of people trading in a Tesla for a Mach-E, but it is an interesting statistic. There are still three days left to vote, so if you want to improve the accuracy of this poll, you could cast your vote too.

Some of the account’s followers have commented that maybe the poll could have had more than two options, in order to get a more nuanced view of who is actually buying the Mach-E. Maybe check back on October 23rd when the poll ends and maybe the percentages will change.

Stay up to date on everything Mach-E

How Does The VW ID.4 Stack Up To Tesla Model Y, Ford Mustang Mach-E?

But if this is actually a reflection of a larger trend of people trading in Teslas for the Mach-E, then it could already suggest the Ford is going to be a popular vehicle. We won’t call it a success story yet, because it needs to be on sale for a while in order for us to gather data, but there are a lot of people who really seem to like the Mach-E.