Six-Wheeled GMC Hummer EV Rendering Was Bound To Be Made 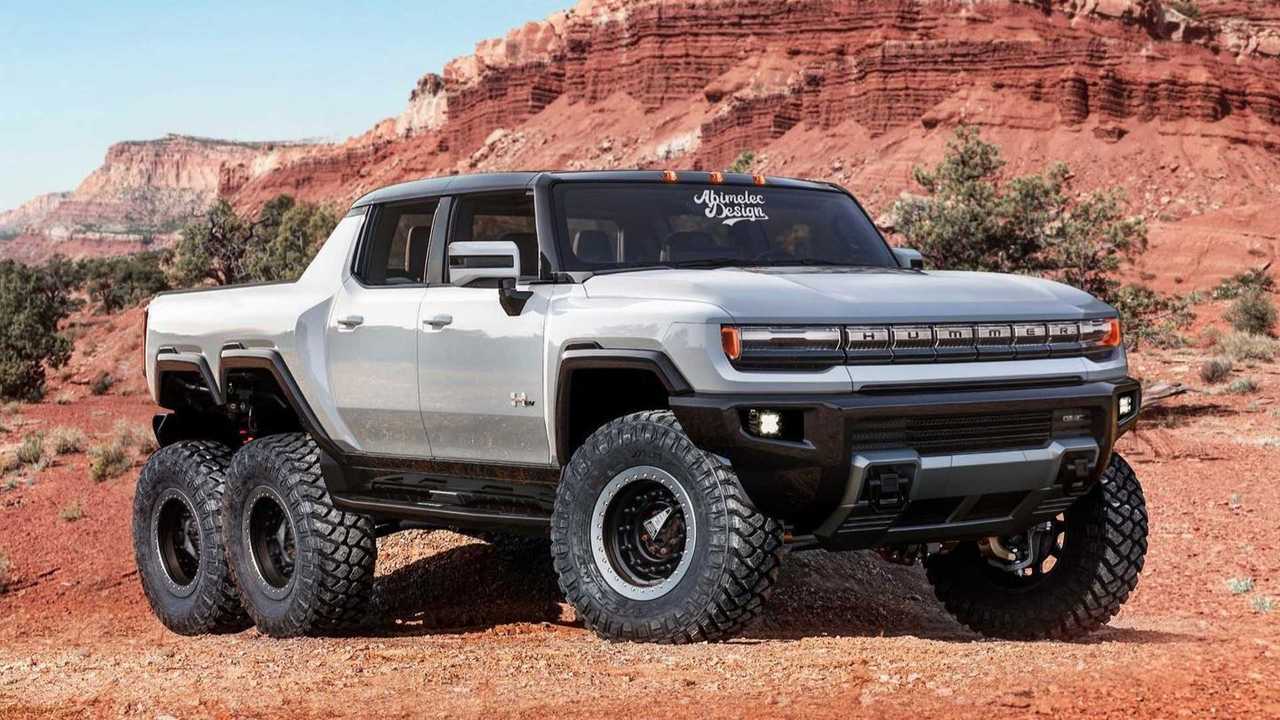 For now it’s just a rendering, but someone will make this in real life once it becomes available.

The return for adding an extra set of rear wheels on a vehicle designed to go off-road is not worth the effort. Even once the vehicle has gained the two extra wheels, it won’t be noticeably better at traversing rough terrain, but what it will do is look even cooler than before.

That’s why we’re not at all surprised that someone made a six-wheeler GMC Hummer EV rendering, because, as predicted, it looks really good. Again, such a modification wouldn’t necessarily make it noticeably better off-road, but it would certainly be a conversation starter in the strip mall parking lot.

Do you think Mercedes-Benz created the G63 AMG 6x6 because the G63 AMG 4x4² was not good enough for off-roading? No, that six-wheeled vehicle was built simply because Mercedes knew it was going to be the epitome of coolness in many potential buyers’ eyes and that they’d be willing to write a blank check in order to get behind the wheel of one.

GM probably won’t make a six-wheeled Hummer EV from the factory, but we’re sure people with the means and know-how necessary to take on such a project have already thought of it too. The only issue that could make it more difficult has to do with the fact that the vehicle is electric and it has a big battery pack in the floor - it will add to the complexity of the project, but it’s still doable.