UK: Honda Phasing Out Diesels And Heading Towards Electrification

Honda to get rid of diesel models in Europe by the end of 2022. In the UK they are already gone. It's an 'electrifying' time.

Honda recently quietly removed its last diesel-powered model (HR-V) from the offer in the UK, completing the phase-out from the segment.

The Japanese brand is turning now (finally) more towards electrification with the goal to electrify all its mainstream models (offer at least a hybrid version) by the end of 2022.

We would be of course happier to see a direct move towards plug-ins, but those seem to be only part of the equation in the near-term for Honda.

The fade of diesel seen in the UK (see official SMMT's registration stats below), and in general in Europe, progresses quickly. 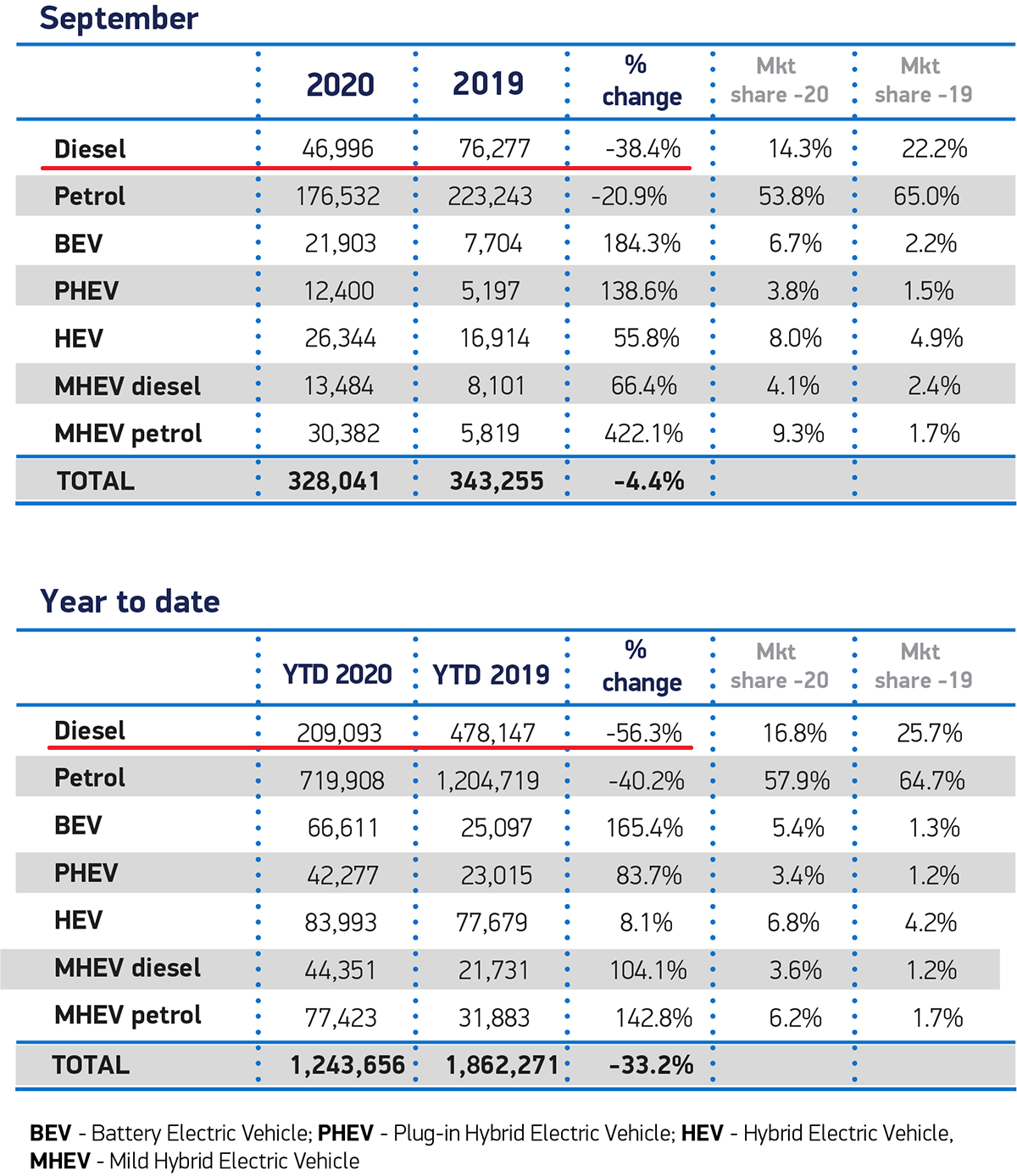 There will be no more Honda diesels after 2022 in Europe:

"“Honda has accelerated its plans for all its European mainstream car models to be electrified from 2025 to 2022 and our motor petrol hybrid technology will play a key role in achieving this goal. As such, we plan for European production of diesel powertrains to cease by the end of 2022. However, on a local level in the UK, we have now stopped selling diesel cars.”"

Earlier this month, Honda announced the upcoming end of its participation in the FIA Formula One World Championship as a power unit supplier.

The electrification is inevitable. Even Honda, which opts for hybrids at the moment, will have to face the facts. Hopefully, we will see more plug-ins too, as Honda really knows how to make great cars.

For now, in Europe, we have Honda e and a second BEV, and a few PHEVs in the pipeline.

Honda To Retire From Formula One To Focus On Zero Emission Powertrains
Honda Encourages UK Government To Support Hybrids, Not Electric Cars