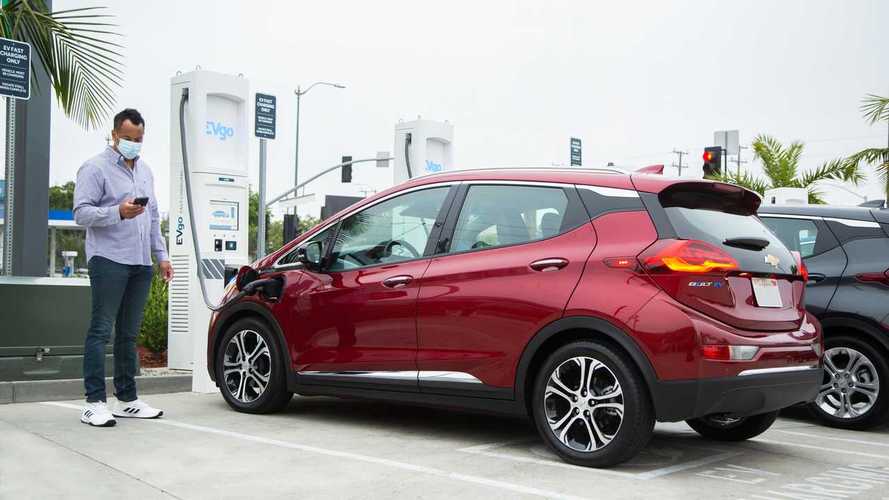 Yet another electric car will be investigated for reported fires in certain vehicles.

It's important to note that this is not yet a recall, and there's a chance it won't amount to that. Instead, NHTSA is opening a preliminary investigation in response to a few complaints related to 2018 and 2019 Chevrolet Bolt EVs catching fire.

NHTSA's Office of Defects Investigation received two complaints stating that Bolt EVs caught fire while parked. The fires reportedly started under the cars' rear seats. NHTSA's research points to another Bolt, a 2017 model, that had similar burn marks on its rear seats. According to NHTSA, all three cases seem to have the same fire damage "concentrated in the EV battery compartment area with penetration into the passenger compartment from under the rear seat."

One of the complaints said that a driver was "injured" from inhaling smoke. If the Bolt is found to be a fire hazard, this investigation could move forward to impact nearly 80,000 vehicles produced between 2017 and 2020. GM spokesman Dan Flores commented:

"The safety of our products is the highest priority for the entire GM team. We are cooperating with NHTSA in their investigation, and we are conducting our own investigation into these complaints as well."

The cause of the fires has not yet been determined. It's NHTSA's job to investigate and learn about the cause of the fires, the frequency, and whether or not there's a defect. Like most NHTSA early probes, data will be compiled, the cars will be evaluated by engineers, and NHTSA will decide if it should either close the case or move forward with a recall request.

While electric car fires have been a concern for some time, and now the concern is growing due to more models and more reports, there have only been a few cases in the grand scheme of things. Meanwhile, gas-powered cars burn every day. Hopefully, NHTSA can figure out quickly if there's actually an issue and move forward. However, with just three complaints over several years and many vehicles, the potential for a recall is uncertain.

Both Hyundai and Chevrolet are now in the midst of fire-related investigations related to certain electric vehicles. This is a developing story.