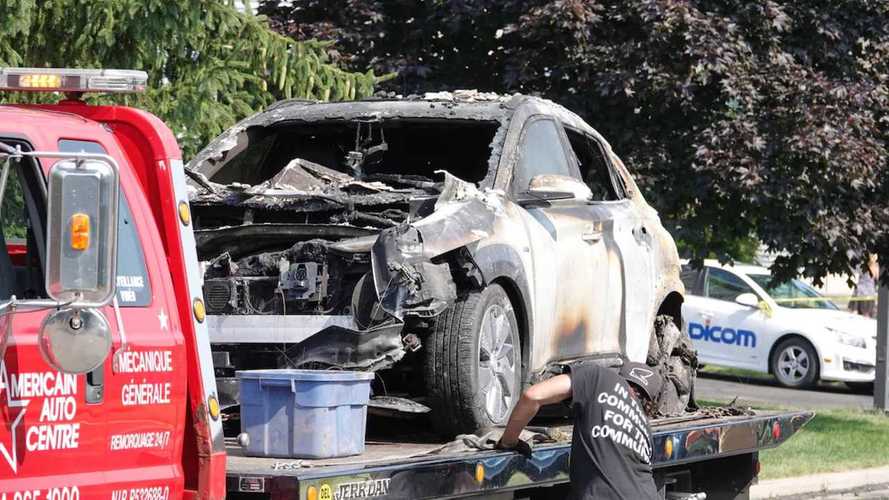 This may be the explanation we were waiting for to explain the incidents.

Ever since a Hyundai Kona Electric burned down in Canada by the end of July 2019, we have been asking what could have caused that. Another fire, now in South Korea, followed that first incident last June. Hyundai and LG Energy Solution have discussed the matter, and that led the automaker to announce it will voluntarily recall 25,564 units of the Kona Electric in South Korea.

According to TheElec, who first brought news about that on October 7, 96,053 units of the Kona Electric were sold worldwide only in 2019. The recall in South Korea includes vehicles made from September 2017 up to March 2020. In other words, we will probably hear about this recall in all the world very soon.

Automotive News reports that a manufacturing problem can cause a short circuit that can lead to fires. Both this publication and TheElec mention there have been 13 fire cases related to the Kona EV: 11 in South Korea and 2 abroad. Apart from the Canadian fire, there was another one in Austria. If you know more about that, please let us know more about it at contact@insideevs.com or through our Facebook page.

Hyundai and LG Energy Solution would have discussed the matter and decided to share the recall costs, which will include a software update and battery replacements. The battery packs will probably only be replaced if there is any sign that they are defective.

It seems Hyundai and LG Energy Solution were able to discover precisely what is causing the fires. Automotive News said the Korean battery manufacturer tried to reproduce the issue in its labs and could not determine the motive for the problem. Regardless, they decided to inspect and eventually fix all the cars we mentioned before.

There is no mention of recalls in other parts of the world, but we believe they are inescapable. We’ll contact Hyundai to learn about its plans for other markets such as Europe and the US.