The company presents it as a preventive measure, but could it be a fix?

Although they are rare events, any EV fire deserves all our attention. First of all, because we cover EVs. Secondly, because these fires need a rapid explanation to reassure electric car owners and future adopters that they are safe. Hyundai was swift in providing us with some feedback about the Kona Electric fire in South Korea. It is still not an explanation, but rather good news to try to avoid similar situations. Hyundai now has an update for its BMS – the company's acronym for Battery Monitoring System.

You can see below Hyundai's official response about the recent blaze and also about the Kona Electric fire in Canada almost a year ago:

“Investigations in Canada and South Korea into the matter are ongoing.

Customer safety is our highest priority at Hyundai and we are constantly looking to improve our products. Hyundai Motor Company has since released an update to the vehicle’s Battery Monitoring System. While increasing the battery’s performance and longevity, the update also contains additional diagnostic health monitoring of the high voltage battery and cells to ensure continued quality performance of the vehicle.

This service campaign is available globally (including Canada and the U.S.), for all 2019 and certain 2020 model-year Kona Electrics at no charge to the customer. These enhancements have already been applied into new vehicle production.”

⠀ Hyundai Kona Electric Catches Fire While Charging In South Korea
Mysterious Fire Takes Out A Tesla, Porsche And Part Of A House
⠀ Watch This Severe Electric Car Fire And Explosion At A Charging Station
Porsche Taycan Fire Emphasizes The Ugly Side Of The EV World

Hyundai did not inform us when the update was released, but it was probably after the Montreal blaze. The company also did not state what exactly it does to the BMS. If it is just a software update, as the wording implies, it probably only includes other components or aspects of them to what the BMS already measures. We have asked the company for these details as well as how it works and how it can avoid a fire. 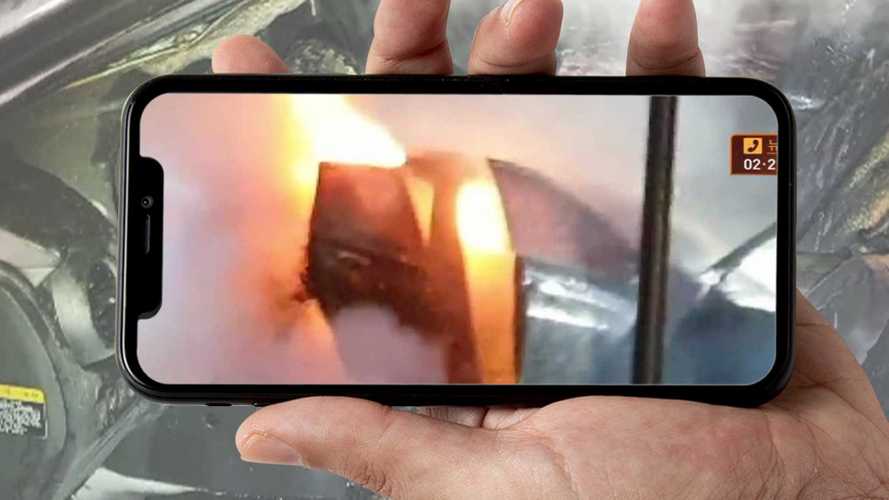 The big question yet to answer is if this update is just an improvement or if it intends to fix something on the car. Only Hyundai can answer that, and we don't think it ever will due to the implications that may have. Regardless, we advise anyone that has a Kona Electric to have this update as soon as possible. If not for safety reasons – which would demand a recall – at least for the promise of better performance and more longevity for the battery pack. 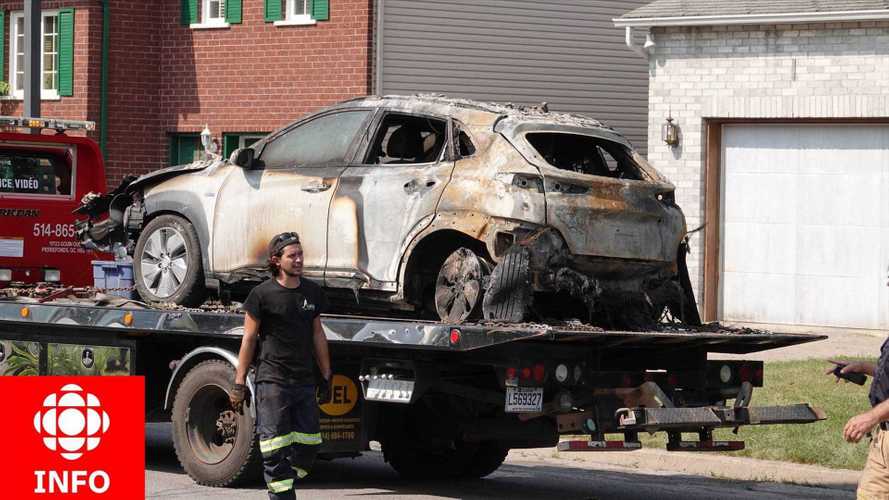 As you have seen, Hyundai says the investigation on the Canadian fire is still ongoing. And it needs to answer quite a few questions. After almost one year, why is it still under investigation? Couldn't authorities or Hyundai find the reason for the fire after all this time? Or was it something that was addressed with the battery monitoring system update? If it was a defect in the car, what was done to compensate Piero Cosentino for the damages his house and his vehicle suffered?

Hyundai promised to keep us posted on the reasons for both fires. We just hope South Korean authorities are faster than Canadian ones to provide an answer.

For more on this issue from an owner's perspective, check out this very active thread on the Hyundai Kona Electric section of InsideEVs Forum.