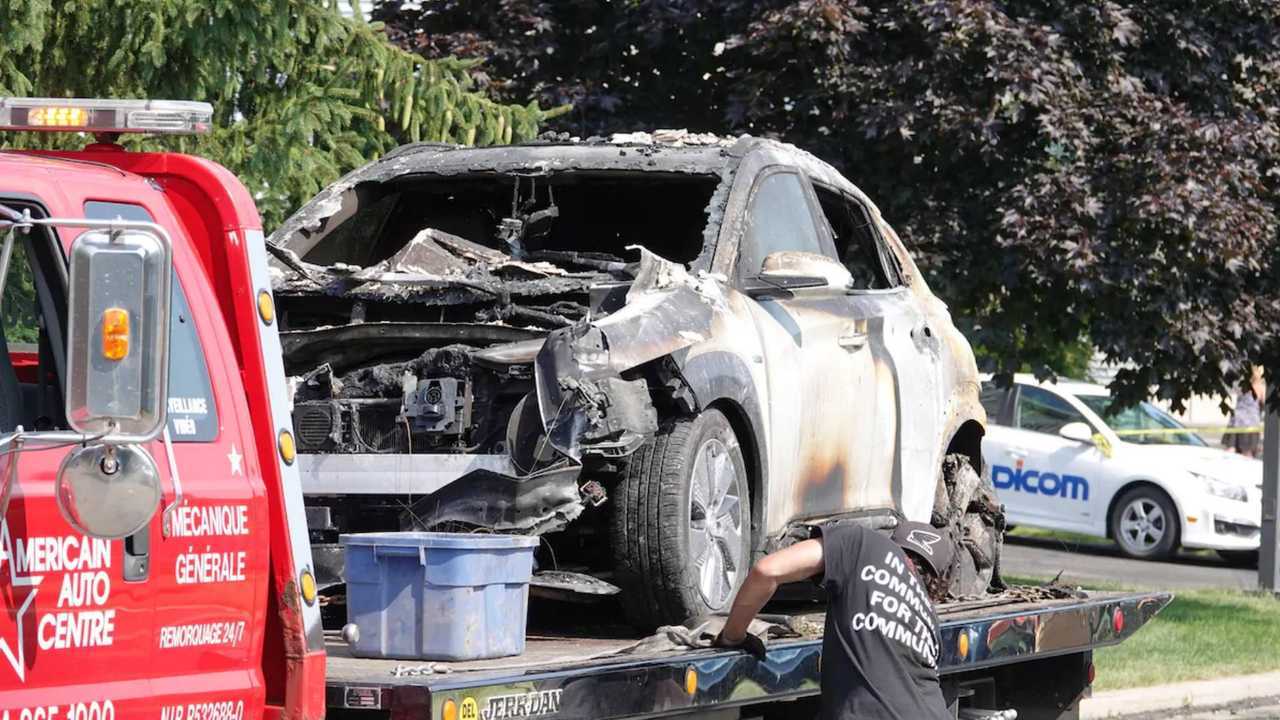 It just blew up… According to the owner, it was not even plugged in.

Lithium has offered us the most efficient battery until now, but it is also very flammable. This is why any fire situation with a huge lithium-ion battery may be very difficult to extinguish. The newest such case comes from Canada. More specifically from Île-Bizard, Montreal. And it involves a vehicle that had not presented any similar problem until now, the Hyundai Kona Electric.

Piero Cosentino bought his last March. On July 26, he was about to have lunch when he heard an explosion and the fire alarm went off. Thick black smoke was coming from the door that leads to his garage.

Another EV, Now A BMW i3, Is Involved In A Fire: Video

“As soon as I saw that, I immediately turned off the breaker,” he told CBC. “My first instinct was to go out and run outside so I did not have to open doors and feed the fire.” Cosentino then started to fight the fire with the help of a garden hose while he waited for the firefighters.

It was only there Cosentino could see the extent of the damage. The explosion set his garage door to the other side of the street. Part of the roof of the garage went down.

Around 30 men managed to put out the fire. Louise Desrosiers, a Division Chief from the Montreal Fire Department, said they found no other possible cause to the fire apart from the Hyundai Kona.

“It was a fully electric vehicle, and there was nothing around that could have caused the explosion. We will be following up [...] closely with the owner to understand the problem in anticipation of other cases,” she told Radio Canada, which also took the pictures in this article.

The story gets even weirder. Cosentino claims his Kona was not charging. And that is was not even connected to a socket.

We will have to wait for the investigation to determine what caused the accident. Probably a little more than Cosentino and a neighbor will take to get back into their homes, which possibly had their structures affected due to the fire and the explosion. They will only be allowed to return when a structural analysis is concluded.

What do you believe that has caused the explosion? Are you aware of any other cases involving the Kona Electric? If you are, or just would like to leave your opinion on the matter, your comments are more than welcome.

Gallery: Hyundai Kona Explodes With No Apparent Reason In Canada