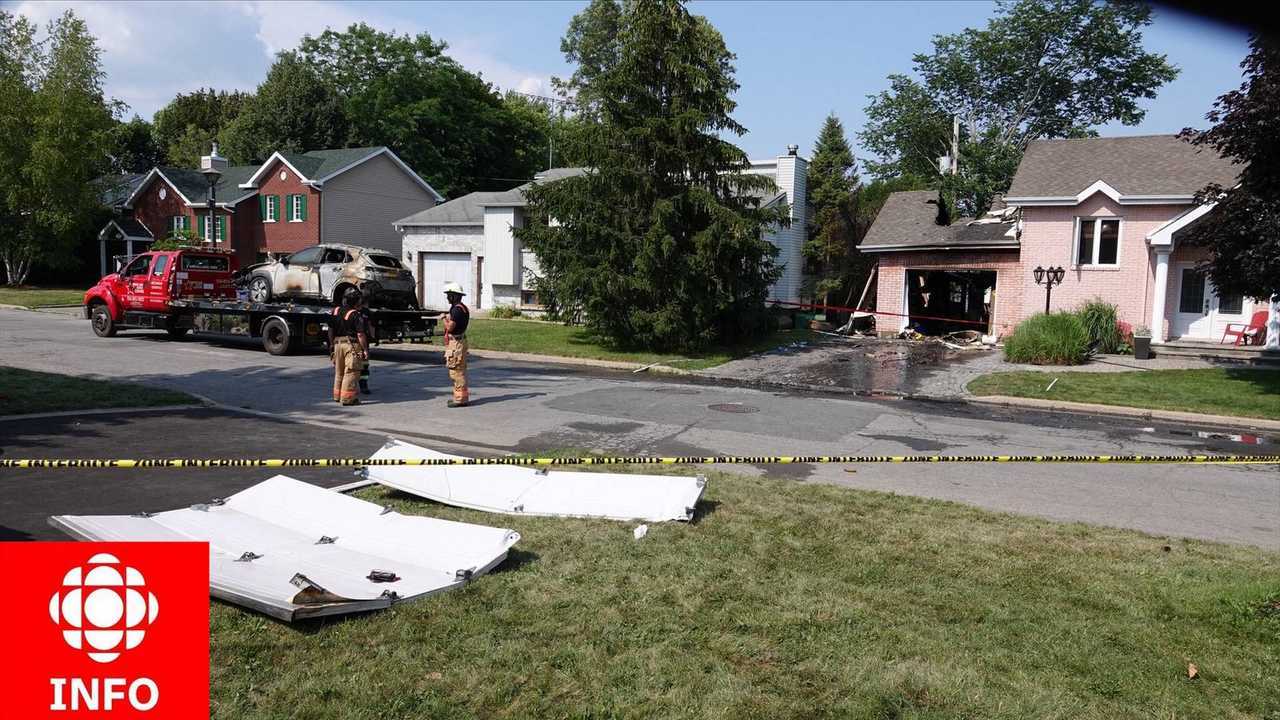 The company wants to understand what may have happened.

The explosion involving a Hyundai Kona Electric in Montreal, Canada, is still in the midst of a lot of dark clouds. Not literally speaking, but in the sense that no one knows what really happened. As expected, Hyundai wants to have an answer soon. And it will help authorities and fire investigators to determine the causes.

At least this is what Jean-François Taylor, Hyundai Canada spokesman, told Automotive News Canada regarding the accident. “We have indeed been in contact with the customer. As is always the case, the safety of our customers is our first priority and we will push to fully understand the issue as quickly as possible.”

The few pictures we had led to lots of speculation. People are trying hard to guess what may have happened based on what can be seen.

The damages to the front end give some the impression that fire started at the engine bay. Some others think the accident could be unrelated to the battery pack. Some readers ask if the Kona Electric was not simply a bomb victim. Montreal suffered from many similar cases in the past.

Anyway, more pictures taken by Mathieu Wagner, from Radio Canada, give us a new perspective into the accident scene.

Such as the main one in this article, which presents the garage doors on the other side of “rue Montigny”. Looking at their size and at the distance they have “flown”, it must have been quite a blast.

Another interesting aspect relates to the car’s tires. Compare below the ones on the front and at the rear. While the Kona Electric may not have its front end anymore, the tires close to it are in relatively good shape.

Now check the ones in the back. They are completely destroyed, as well as the wheels. The fire seems to have been way worse in this area. But, again, this is just speculation.

There are many questions still pending. If the fire was in the battery pack, why was it apparently so fast to put out? How was the Kona Electric parked at the garage? Piero Cosentino, the owner, claims the car was not connected to any plug, but what did firefighters find? We hope authorities have answers to these doubts really soon.

Hyundai hopes for that even more. This is the sort of problem that can ruin a vehicle’s reputation. Especially if it happens again, which is not the case. So far.

Gallery: Hyundai Kona Explodes With No Apparent Reason In Canada