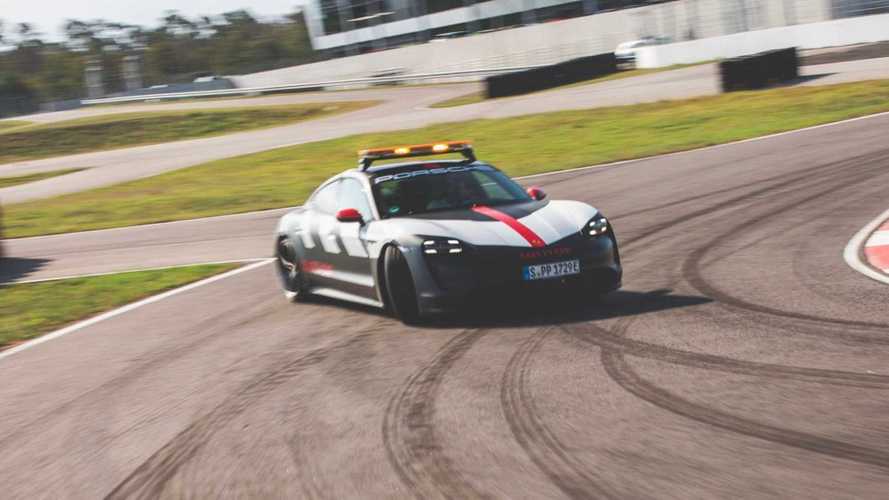 It looks pretty good as a safety car and can drive from track to track on its own power.

Porsche just introduced a new all-electric safety car in its Porsche Carrera Cup Deutschland series, which this weekend had a 45-minute opening race on the Circuit de la Sarthe, as part of the 24 Hours of Le Mans in France.

"The car cruised silently westwards over country roads and motorways, past deep forests and awestruck fellow road users. After all, it is not every day that you see a Porsche Taycan on public roads with black, white and red race trim and warning lights on the roof."

It's not the first plug-in safety car, as several years ago BMW introduced the plug-in hybrid BMW i8 (and i8 Roadster) safety cars for the Formula E series, but it's one of the first that's all-electric.

Cupra Announces Participation In Extreme E Alongside ABT Sportsline