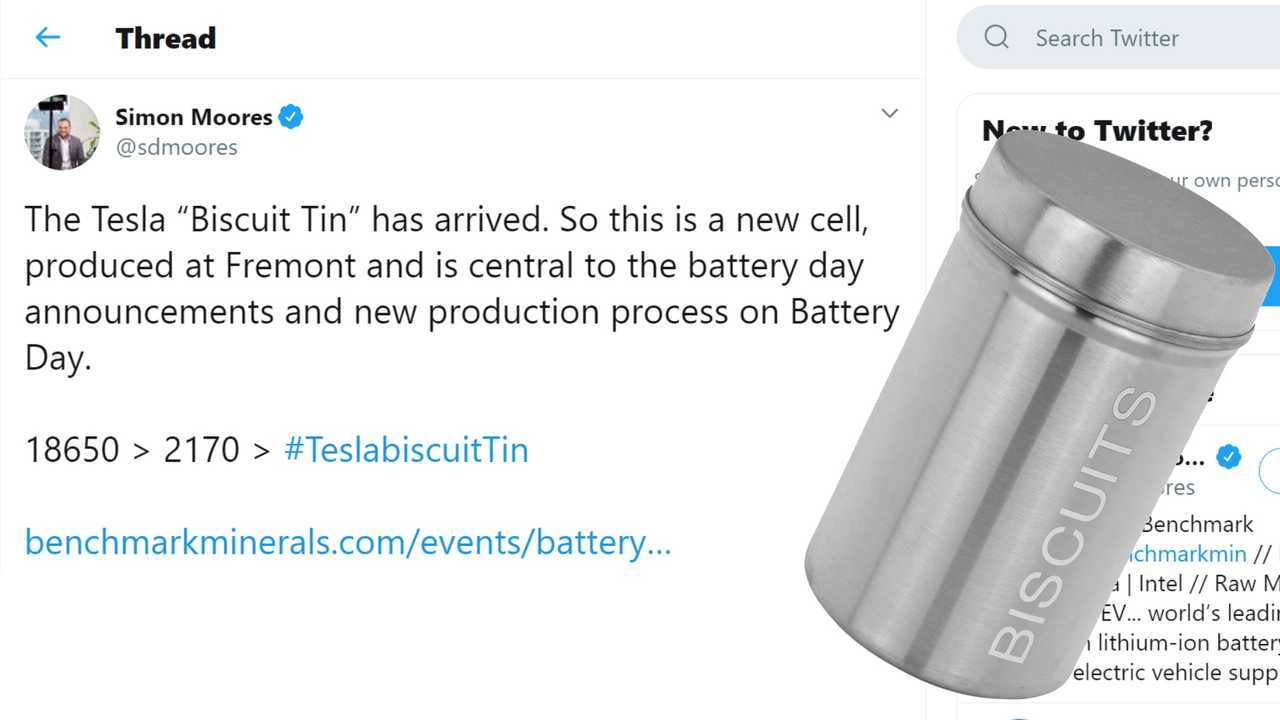 According to Simon Moores, it is crucial to reduce battery prices to under $100/kWh.

The competition in the EV news business is fierce, but we can also say it is generous. It was thanks to a tweet from them that Simon Moores, from Benchmark Mineral Intelligence, managed to present us to the Tesla “Biscuit Tin” cell. That is probably the main attraction for Tesla Battery Day and, according to Moores, something instrumental to reduce battery prices to less than $100/kWh.

Back on May 5, InsideEVs wrote about how Tesla was probably getting involved with the mining business to ensure access to the raw materials to produce cells. At that time, Moores said controlling their production was vital to reach the magic number of battery making costs. The other way to get there would be changing manufacturing itself. This is probably what the “biscuit tin” is all about.

Apart from the new technologies it may present, the bulkier cell will make production cheaper by the simple fact that less of these cells will be necessary to put a battery pack together. They may also have a much higher energy density, which can help decrease the number of cells needed.

Moores bets these new cells will be the ones produced at Giga Austin, which implies they will be the ones adopted by the Cybertruck, the Semi, and also the Model 3 and Model Y manufactured there.

Tesla's Elon Musk: 'Many Exciting Things Will Be Unveiled On Battery Day'
⠀

If that is the case, the Model 3 and the Model Y produced in Fremont will have another reason to be rejected apart from the build quality issues they currently present. Tesla may be more conservative and reserve these new cells solely to its latest products, at least initially. After all, Giga Nevada will still be producing the 2170 cells.

Moores also believes the facility to make these “biscuit tin” batteries will be equivalent to just 30 percent of the space Giga Nevada currently needs to produce the current battery packs. Tesla Battery Day, which is less than a week ahead, will help confirm that – or not.