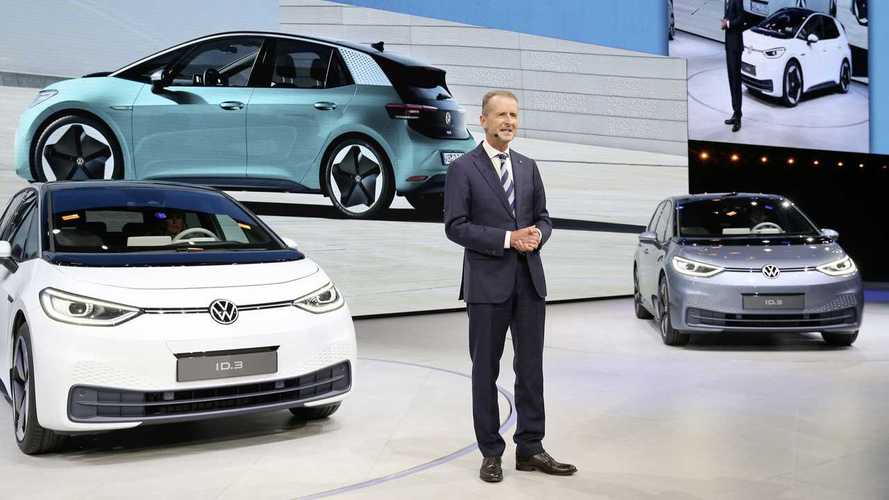 Diess calls the Tesla Model Y a reference for VW in many aspects, though not all.

You've likely already heard that Tesla CEO Elon Musk met with Volkswagen boss Herbert Diess during a recent trip to Germany. We learned rather quickly that Musk got to test drive the all-electric VW ID.3 on the airport runway. He also got to check out the upcoming ID.4.

There was, once again, speculation of a potential VW / Tesla partnership, but Diess has made it clear that that's not happening. The fact that people assumed this might mean some sort of cooperation does make sense. It's not often that a CEO allows another CEO to drive a competing car and to see a product ahead of its official reveal.

Usually, automakers hire someone or even purchase a car to benchmark it. However, while Musk is not likely to benchmark VW's EVs, the German automaker has looked to Tesla's vehicles as guidance. In fact, Diess shared that he also got to drive the Tesla Model Y, which he calls a reference for Volkswagen in many ways.

Diess took to LinkedIn, of all platforms, to share a video of the two driving the ID.3. You can watch that and read about other related details here. In the comments below the video, Diess shared:

"Of course I also tested a Tesla Model Y – with my colleague Frank Welsch. This car is for us in many aspects (not in all!) a reference: user experience, updatability, driving features, performance of the top of the range models, charging network, range."

Diess went on to say that the Model Y, much like the ID.3, has a major advantage since it's built as an EV from the ground up. Unlike other automakers, Tesla and VW aren't building electric vehicles on an ICE platform, though VW did in the past, as did Tesla if you consider the original Roadster. Diess says other automakers won't be able to produce the best EVs if they continue to rely on gas-car platforms.