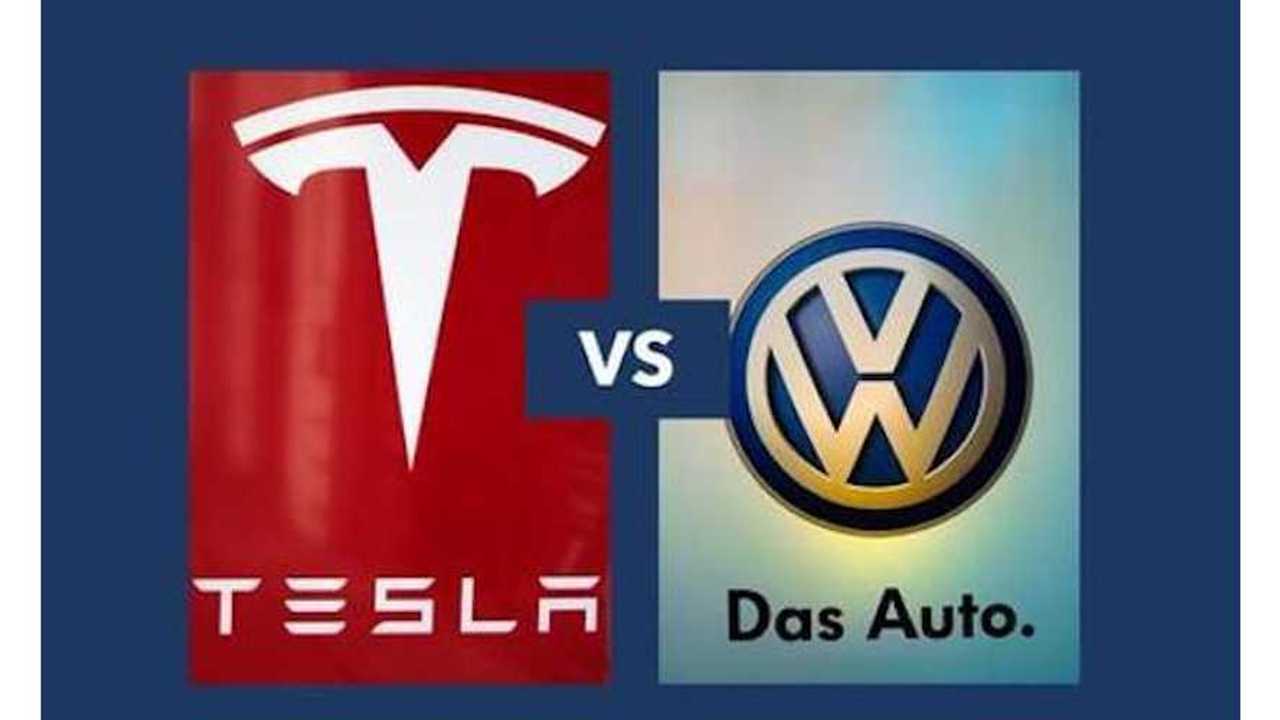 VOLKSWAGEN CEO SAYS TESLA HAS 'AN ADVANTAGE' OVER LEGACY AUTOMAKERS

The dieselgate scandal has plagued Volkswagen for the past decade. But Patrick McGee writes in the Financial Times, "The emissions scandal was an accelerant for an already-needed turnround strategy." He explains that VW's new "strategy involved making the German carmaker competitive against a slew of... electric car start-ups led by Tesla and a host of Chinese rivals."

Above: Looking to the future, Tesla and VW differ in their approach

Although electric cars have many attractive qualities including instant torque, simpler maintenance, and (of course) zero tailpipe emissions, VW's CEO Herbert Diess got attracted to the idea of EVs through a toy helicopter he bought for his son.

"We flew the helicopter and the bloody thing flew for about 10 minutes,” Diess told FT, recalling how impressed he was given the small battery size. After that moment, he became convinced that electric vehicles could be the future of automotive.

Diess adds, "A helicopter is the most inefficient machine in the world. It has no aerodynamics, it’s awful, you need another propeller just to stabilise it. It is probably five times less efficient than an aeroplane... If you can fly a helicopter, then it is easy to do it for cars."

Above: VW's e-Golf charging in the Netherlands (Flickr: www.routexel.com)

So who'll turn out to be the EV leader by 2030? Diess ponders the future. "What will be the names of the big players, I can’t tell you. It might be Tesla, it might be Apple, it might be someone from China. I hope that it will be still Volkswagen; we are working hard.”

And with the industry's push for ride-sharing and self-driving features, the focus on software talent is sharpening. “Some of our competitors have much more speed when it comes to software — software deployment and capabilities where we are still lagging behind,” Diess said.