Unplugged Performance fought hard and prevailed. It's a resurrection story you have to hear.

Unplugged Performance seemed to somehow overcome the impossible last week during the Pikes Peak International Hill Climb. If you're not into racing or related events, you may not follow the Pikes Peak climb. However, this year it was much more than just a typical climb, especially for Tesla and EV fans. If you haven't yet checked it out, we highly recommend it.

In summary, three Tesla Model 3 sedans planned to compete in the Exhibition Class at the annual event. Two crashed during practice and qualifying. It seemed neither car would return for the climb.

However, through hard work and plenty of teamwork, Unplugged Performance was able to repair its Model 3 and return for the race. Even better, though the car experienced issues during the climb, it still snagged the second-place position in the class, only behind the lead car by 2 seconds. More importantly, the lead car was also a Tesla Model 3.

Unplugged Performance recorded a video about the situation the morning after the climb. First and foremost, they wanted to thank fans, supporters, and the Tesla community as a whole. However, it was also important to share how the entire story unfolded. 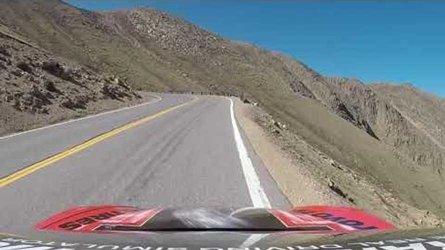 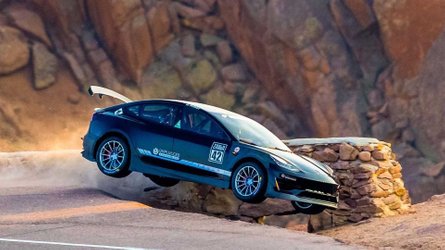 The video couldn't be recorded live, so they recorded it at Eurocars Collision inside a Tesla, talking into a mobile phone. However, this is not about the style or quality of the video itself, but rather the inspiration and emotion involved. 2020 has been a trying year for most of us, so it's always nice to see positive stories about teamwork and success. Check it out and then leave us a comment.