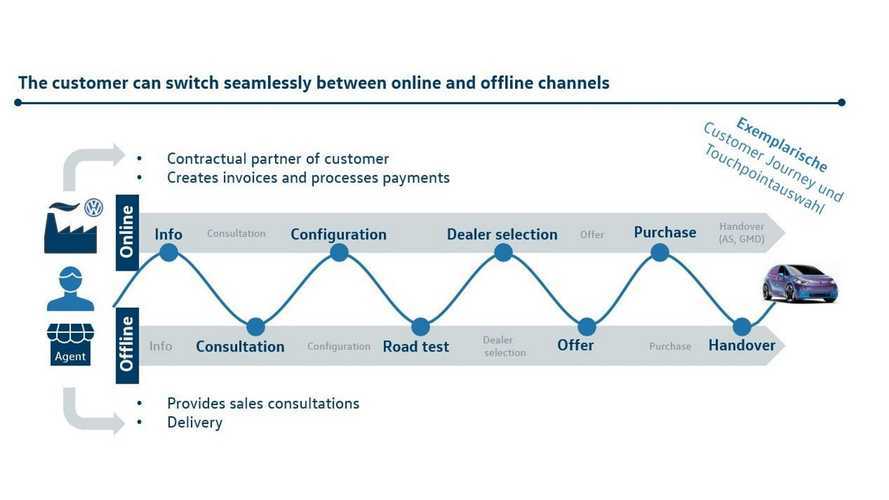 Prices will be the same and dealers will get a cut at all times, no matter what channel the buyers choose.

Making electric cars desirable is not the only contribution Tesla gave to the automotive world. Its direct sales model also makes legacy automakers scratch their heads. Polestar, which is a Volvo/Geely idea, has something that looks direct but relies on dealers for deliveries, which still makes them central to any sale. Although it comes to life with its electric models, Volkswagen announced a hybrid sales model, which it named as agency model.

We got to learn about that through Jürgen Stackmann. He is the board member that said the company messed up (big time) and who was supposed to lose his position as sales director for Volkswagen. At LinkedIn – where he published the text about the new sales structure – his job description is still the same.

Back to the agency model, what it establishes is that dealers will get a cut of any sale Volkswagen makes. They will remain as buyers’ local contacts. Yet, the sales agreement will not be made with the dealer, as in Polestar’s case: it will be directly with Volkswagen.

That will make prices be the same wherever you decide to buy your electric VW. For what the text explains, dealers will not have to purchase the cars from the automaker to resell them to clients. Therefore, there will be no discounts nor higher prices for vehicles depending on the demand for them.

Clients will also have the choice to research online, learn everything they want about the vehicle, and test drive it and buy at the dealership. Or vice-versa. Volkswagen calls that omnichannel, meaning both channels (online and dealers) lead to the same result.

If customers buy the ID.3 online, they have to choose a dealer to handle the transaction. That dealer is the one that gets a commission for the service, which also includes delivery. Although Stackmann does not mention that, we imagine people will be able to receive their cars at home, just like Tesla buyers may choose to do.

In this first phase, the agency model will be applied only in Germany and Austria, where all dealers agreed with the new sales system. Stackmann adds Volkswagen developed two pieces of software for that: Thunder and NADIN.

If all that works as planned, we will see the agency model spread to dealers in other countries. More than that, this hybrid sales system may give Volkswagen the advantage of not having to modify laws in order to be able to sell their cars anywhere. One of the reasons for Tesla to have chosen Texas as the Cybertruck’s home is the fact it can’t sell there.

Stackmann claims the agency model is not new and that it is applied to fleet businesses for many years already. The difference is that you do not have to be a big company nor need high volumes of cars to buy directly from Volkswagen. Thank Tesla for that.