Hyundai has an actual base at the Nurburgring, so it’s no wonder it is testing its sporty all-electric high rider there.

We now know that Hyundai wants Ioniq to become its sub-brand for its pure-electric vehicles and we believe the Hyunai 45 Concept will be called Ioniq 5 in production guise. This will be the first model launched under the new brand and based on what we know so far, it should be a big hit.

The Ioniq 5 will be the first of five vehicles under the Ioniq brand, it will ride on a new E-GMP platform and it will have a price tag of around $45,0000; it should also provide more performance than the current Kona Electric, which starts at under $40,000. In fact, unlike the Kona EV which is front-wheel drive only, the Ioniq 5 will most likely be all-wheel drive and since it was recently spotted testing on the Nurburgring, it might have a performance twist too.

Why has Hyundai created the Ioniq EV brand? 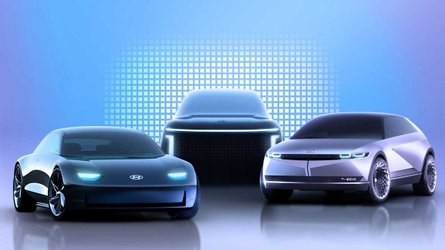 Hyundai Answers Our Doubts About The New Ioniq EV Brand
⠀ 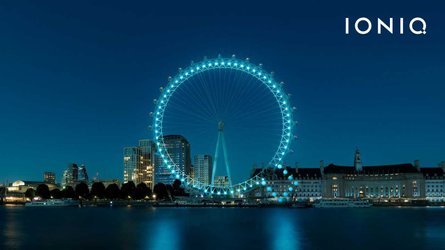 Ioniq Ceases To Be Only A Car, Becomes Hyundai's New EV Brand

In this video by CarSpyMedia, we see the future Ioniq electric crossover being thrown into corners on the ‘Ring. We can’t state this for certain, because we have nothing to compare it against in the footage, but judging by how quickly it is able to power out of corners, it appears to be way faster than the aforementioned electric Kona.

Once Ioniq 5 debuts, in 2021, it will be followed by an Ioniq 6 model (the production interpretation of the Prophecy Concept sedan), while the third model will be an Ioniq 7, a larger SUV that has not been previewed by a concept yet. But before the other two cars come on the scene, Hyundai needs to concentrate on getting the 5 up to scratch, because if it does get it right, it has a very high chance of success (because it’s a crossover with bold styling and the aforementioned performance twist).