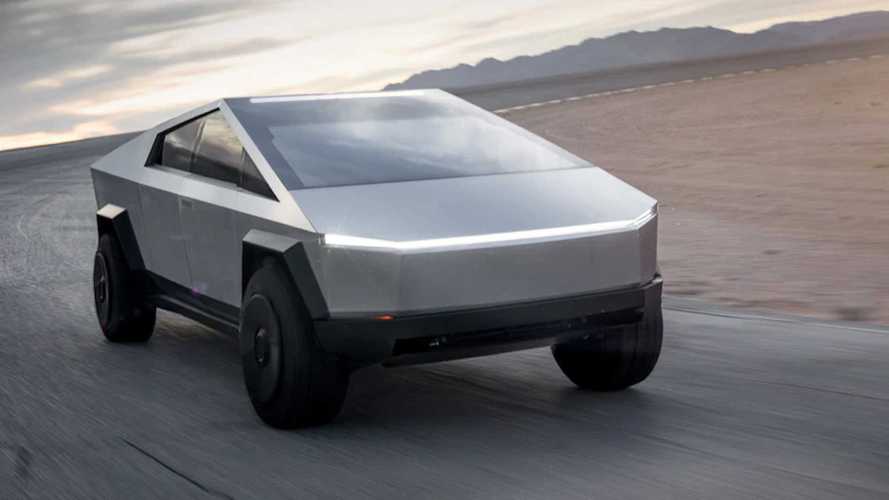 Hopefully, it won't just be produced for the European market. A small electric pickup would sell really well in the States too.

We'll start by saying Tesla CEO Elon Musk is extremely optimistic. It seems he always has some new idea. Some people doubt his comments since some of his ideas fizzle out and are never mentioned again. However, many other plans eventually come to be, even if they are in modified form. The potential for a smaller Cybertruck seems totally feasible.

The Tesla Cybertruck took the world by storm when it was first unveiled. Since then, Musk has talked about downsizing the behemoth a bit, though those plans quickly changed. The beast will remain the beast it was at its reveal event, but that doesn't mean Tesla won't make plans to produce a smaller Cybertruck in the future.

While a big, burly truck that can give current gas-powered trucks a run for their money, or even outperform them, may be what's needed or expected for the American market, that's not necessarily the case across the globe.

If Telsa does go in this direction in the future, we hope there will be a similar option on our shores. Pickup trucks, regardless of size, are very popular in the United States. Many people own luxury-grade pickup trucks with loads of passenger space and a tiny bed. It seems it's more of a status symbol than something they plan to use for work. Rivian is bringing a smaller, luxury electric pickup truck to market in the U.S., so it makes sense for Tesla to aim to compete.

The above could be especially true if Tesla decides to make a more "normal" pickup truck at a later date. Musk also said this is a possibility. In a recent interview he talked about the "what if" potential of the Cybertruck flopping:

"Wasn't super worried about that because if it turns out nobody wants to buy a weird-looking truck, we'll build a normal truck, no problem. There's lots of normal trucks out there that look pretty much the same; you can hardly tell the difference. And sure, we could just do some copycat truck; that's easy. So that's our fallback strategy."

If Tesla produced a smaller electric pickup truck, would you buy one? What about a more traditional truck? Let us know in the comment section below.