While it doesn't grab headlines, electrifying mass transit is critical.

When it comes to electric vehicles, passenger cars grab most of the headlines—especially fast and glamorous ones made by a certain California company. However, electric buses represent one of the most exciting stories in the EV world—electrifying buses offers a huge opportunity to reduce emissions, and cut costs for transit agencies.

Tesla recently teased a possible electric bus on the company's Q2 earnings call. And already several manufacturers are active in the electric bus market, including Chinese giant BYD and Europe’s Volvo Buses. Legacy US bus-makers such as Gillig and New Flyer are also developing e-buses. Perhaps the most intriguing player in this space, however, is Proterra, which was founded in Colorado in 2004, and now has facilities in California and South Carolina.

A recent video from Bloomberg Green includes an interview with Ryan Popple, Proterra’s co-founder and Executive Director. In his youth, Popple served in the US Army, and got a first-hand view of how our country depends on volatile regions of the world for its energy (as did the young Marc Tarpenning, who did a stint as a consultant in Saudi Arabia). In 2007, he joined Tesla, where he saw a chance to take some concrete action to secure energy independence and clean up the environment. Popple worked at Tesla until 2010, ending up as Senior Director of Finance. 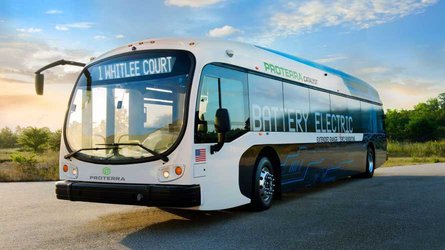 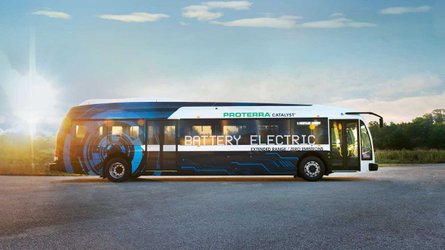 After years of pilots in many cities around the world, transit agencies in the US and Europe are now starting to place substantial orders for electric buses. However, as usual, we’re behind the curve. China already has 420,000 e-buses in operation, whereas Europe has around 2,000. The US is a laggard, with only about 600 on the street—a mere 0.1% of the country’s total bus fleet.

The difference has to do with political will, and Popple doesn’t expect that situation to change any time soon. “We will not see the political will or consensus in the United States, or Europe, to quickly move away from fossil fuels,” he told Bloomberg. Fortunately, we may not need to, because the market case for e-buses is already just about there. As an exec in the charging field recently told me, electric buses are already “in the money” in many markets. And, as Popple explains, the cost of diesel buses is rising at 3-4% per year, while e-buses are steadily getting cheaper (and better). “We want to win using market forces, and be completely independent of whichever way the political winds are blowing,” he says.

Proterra has taken several pages from the Tesla playbook. “Throughout the EV world, the best products are going to be those products that were designed from scratch and purpose-built to be an electric vehicle,” Popple tells Bloomberg. Proterra makes its own battery modules and packs, and even its own chargers. “We vertically integrate into any technology where we find that the existing supply chain isn’t good enough, or where we’re trying to go from a performance basis.”

To make e-buses more financially attractive to local governments, Proterra has developed a battery-leasing program that brings the up-front investment in an e-bus down to the same level as that of a legacy diesel. That deal has “enabled a lot of cities that might not have had the capital to make the switch to do so now.”

Proterra has sold over 900 buses to transit agencies in the US and Canada, and it has big plans for the future—it has begun branching out into electric school buses (with partner Thomas Built Buses) and delivery trucks (with Freightliner), and is working on plans for an IPO.