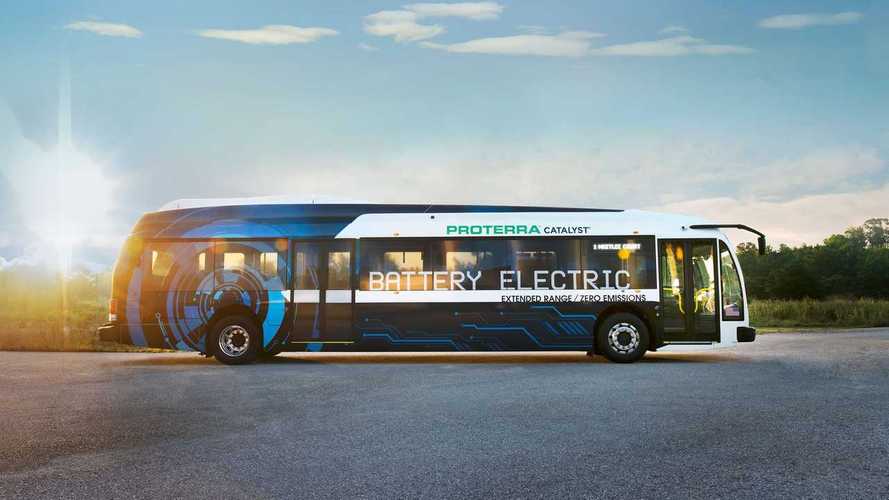 Proterra scored one of the biggest EV bus orders in the U.S. - 33 Catalyst E2 and up to 75 DC chargers.

Interestingly, together with buses, Miami-Dade ordered also up to 75 plug-in Proterra chargers (twice more the number of buses) to support further expansion of its electric fleet.

The goal for 2035 is electrification of at least 50% of the fleet. It's a rather conservative approach, but we are optimistic that the better and more affordable EVs become, the quicker transit agencies will revise electrification paths.

"To further the Mayor’s objectives, Miami has made a strong commitment to reduce fossil fuel consumption with at least 50 percent of the county’s buses being electrically powered by 2035. Transitioning to zero-emission buses presents a critical opportunity to cut pollution, reduce oil dependence and support a healthier community. With zero tailpipe emissions or pollutants, Proterra battery-electric buses eliminate about 230,000 pounds of CO2 emissions annually for every diesel vehicle replaced by a zero-emission bus. Deploying battery-electric buses is an essential solution to reducing pollution in communities, especially in urban cities.

Miami-Dade is installing up to 75 plug-in chargers to support future expansion of their electric vehicle fleet. Proterra will provide turn-key infrastructure installation, managing the process from start to finish. Working with the county and local utility, Proterra’s team of in-house experts will design and implement the best charging infrastructure solution for Miami-Dade, simplifying the transition to an electric fleet. Proterra’s purpose-built high-power charging systems utilize standardized J1772-CCS plug-in technology, providing Miami-Dade the opportunity to charge other electric vehicles in addition to Proterra electric buses. Proterra chargers are also vehicle-to-grid capable and smart-grid ready."

“Florida is one of the most vulnerable areas in the country to climate change, and Miami is working tirelessly to lower its greenhouse gas emissions. Deploying battery-electric buses is one of the best actions we can take to improve our environment and our community’s public health. We are looking forward to working with Proterra to deliver clean, quiet transportation to Miami-Dade.”

“Miami-Dade has shown exceptional leadership in supporting transportation innovation and environmental sustainability. With their commitment to EV technology and their long-term vision to reduce fossil fuel dependence, they are helping to create the future for North American mass transit. We are proud to partner with Miami-Dade on electric vehicle and charging infrastructure.”