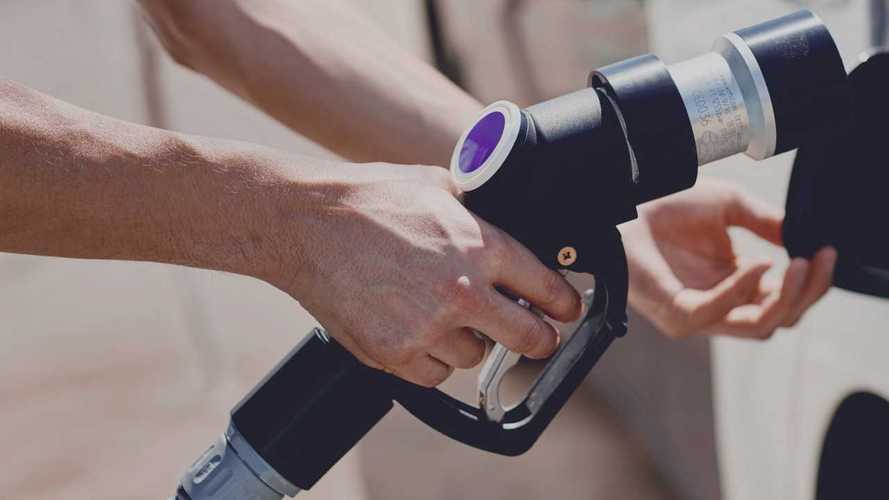 The refueling stations for the company will be open to anyone in need of clean hydrogen.

Apart from promoting clean transportation and paying a tribute to the same brilliant inventor, Nikola and Tesla have very little in common. This is what the groundbreaking ceremony for Nikola’s Coolidge plant, in Arizona, allowed us to confirm. Among all the differences, one of them is very representative: Nikola will sell energy to anyone willing to pay for it. Better saying, sell hydrogen.

While Tesla bets on batteries, Nikola believes in hydrogen and fuel cells. While Tesla relies on heavy verticalization, Nikola trusts on “an ecosystem with suppliers and partners.” Another difference is that the Supercharger network is exclusive to Tesla cars, while the Nikola hydrogen stations will be open to every FCEV around.

Perhaps we should have focused on the fact that the Coolidge factory will be able to produce 35,000 Class 8 commercial semi-trucks every year in two shifts. It will also employ 1,800 workers and be ready to get started by the end of 2021. The first truck to be produced will be the Nikola Tre, while the Nikola Two is scheduled for 2023. However, the hydrogen story really caught our attention.

We already told you that all the hydrogen Nikola aims to produce at its refueling stations. So far, Nikola bought five electrolyzers from Nel, each able to produce eight tons of hydrogen per day. According to Trevor Milton, you have to make sure this hydrogen will be used in full for the business to be viable. That is why the hydrogen stations will be open to every FCEV around. Nikola aims to sell the gas at $2 to $3 per kg.

Milton even considers offering the FCEV version of the Badger with some free hydrogen for the first buyers. By the way, he also made it clear that the Badger will not be built in Coolidge: it will be manufactured by a partner OEM – we bet on FCA (or Stellantis, if you prefer).

Apart from making sure its hydrogen stations are profitable and not a money drain, Nikola will help create a hydrogen network to serve other manufacturers, such as Toyota and Hyundai, which sell respectively the Mirai and the Nexo. These cars could be offered in many more states if such a network exists. Trevor Milton said:

“I know hydrogen fuel cells are less efficient, I get it, but that does not mean it is more expensive to drive.”

If it isn’t, fuel cell detractors may lose one of its strongest arguments against the technology. Will Nikola prove them wrong?