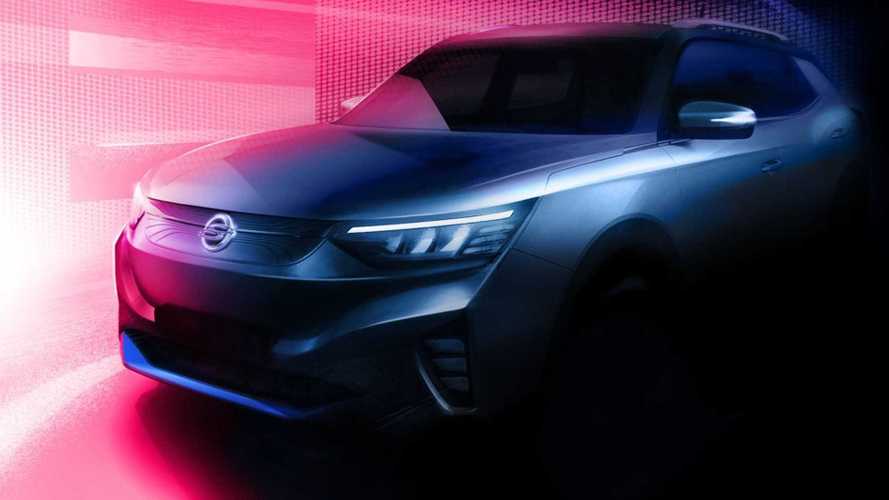 You may not be familiar with this Korean manufacturer, but it actually has a long tradition and its first EV is a bit of a milestone.

SsangYong was founded way back in 1954, but even with such a longstanding tradition behind it, it’s still relatively unknown outside its native Korea. It’s now owned by Mahindra, which took over the reigns in 2011, yet the Indian giant is looking to sell the brand, so it’s a bit of a surprise that it’s still going ahead with its EV project.

Back at the 2018 Geneva Motor Show, SsangYong unveiled the e-SIV concept (pictured below) which was said to preview the firm’s first EV. Now, two years later, it is teasing what is believed to be the production version of that study, which is expected to be called the Korando E100.

Ssangyong Korando Revealed With Electric Version In The Cards

It will be powered by a single electric motor driving the front wheels, delivering 188 horsepower and drawing from a 61.5 kWh battery pack. This is said to be enough to provide a claimed range of 261 miles (420 km), according to the old NEDC cycle, so its real world range will be around 200 miles (320 km) on one charge.

With that kind of power output, it will become the most powerful model in the Korando lineup, but its top speed will be limited to just 95 mph (153 km/h). It will be a direct rival to cars like the posh DS3 Crossback e-Tense, Peugeot e-2008, Kia e-Niro (or Niro EV) and Hyundai Kona Electric; it’s set to go on sale in April of 2021.