It will enter operation at the end of 2021

The 3.3 billion RMB ($466 million) investment is scheduled to be put into operation at the end of 2021 and will be focused to leverage R&D capabilities and work on new technologies, including:

Within five years, the 21C Lab is expected to employ "thousands of experts and talents".

"The 21C Lab, which will be built on an 18-hectare large piece of land, will focus on the development of the next-generation electrochemical energy storage systems and new energy conversion systems. Beyond advanced R&D on metal lithium batteries, all-solid-state batteries and sodium-ion batteries, 21C Lab is also working on the commercial application of its technology, such as developing lithium-ion battery reliability models and non-destructive testing technology."

Interestingly, Prof. Dr. John B. Goodenough, the 2019 Nobel laureate in chemistry for his work on developing lithium-ion batteries, sent his congratulations on the opening of the new laboratory: 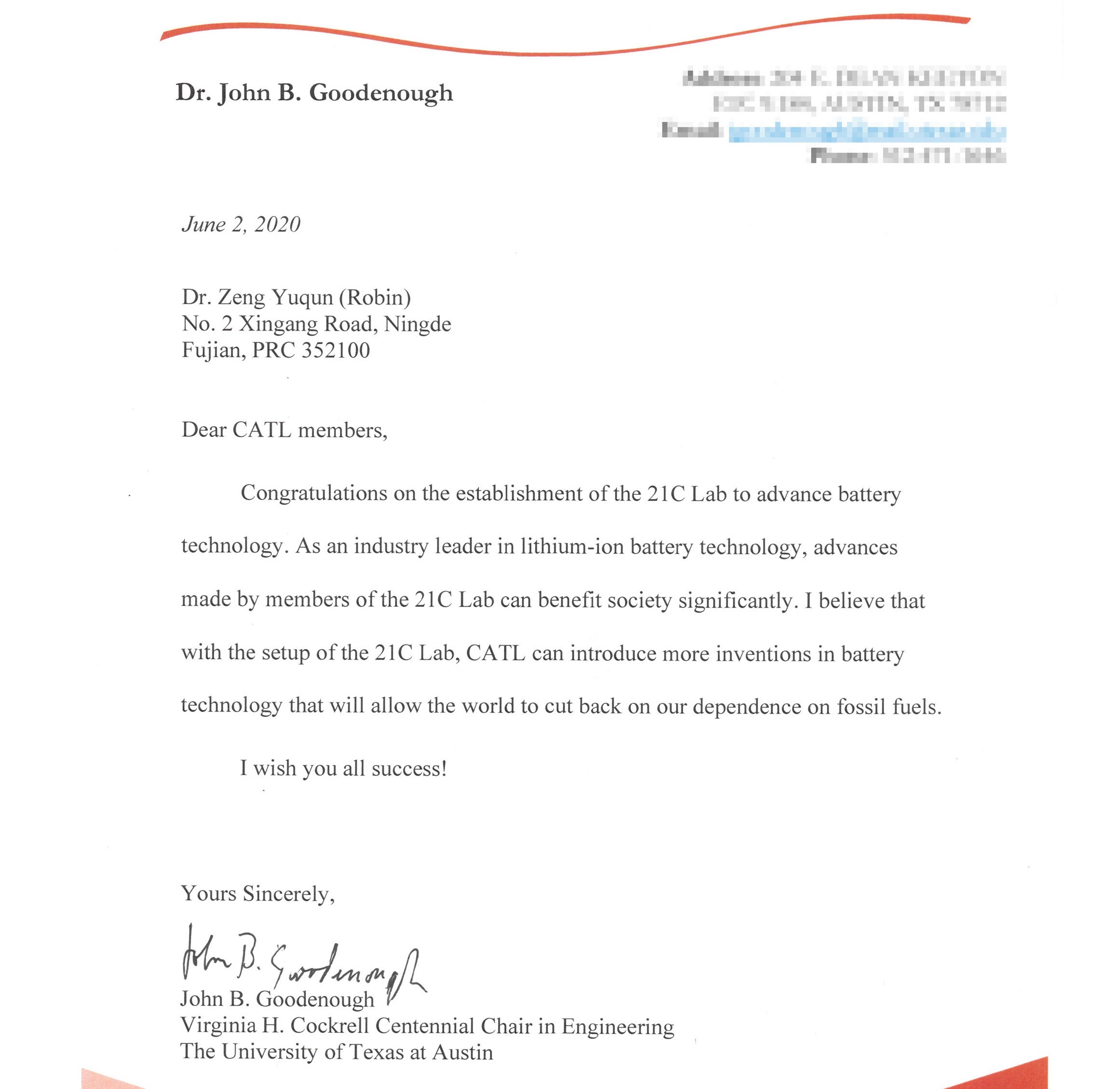