Can The Toyota Prius Prime Surprise In One Lap?

No shock that it's not as fast as a Ferrari.

The Toyota Prius Prime is perhaps the least-likely of track day suspects. It has a reputation for efficiency; it's known for getting its owners from home to Whole Foods and back; its notoriety extends to endowing its occupants with a thin veneer of environmentally-conscious piety. Exactly none of its fame is derived from its ability to really scoot along.

So, when presented with the opportunity to thrash a 2020 example around the 2-mile Carolina Center For Automotive Research for One Lap, Kyle Conner, from the Out Of Spec and InsideEVs YouTube channels, declined said something to the effect of: "heck, yeah!" After all, the experiment was for science. Probably. 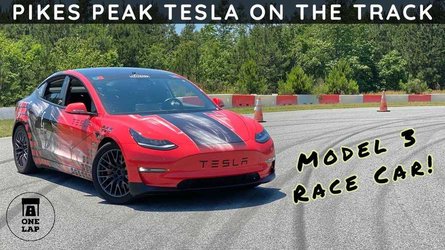 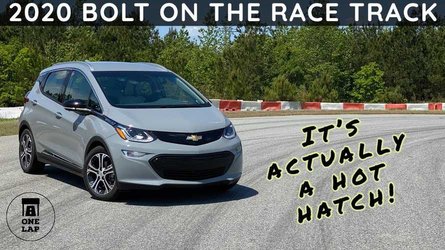 At the start line, ready to burn rubber, Conner runs through the vehicle's settings. Given the choice of Eco, Normal, or Power, he selects the last of those along with hybrid mode, which should take light the fire in the belly of both the electric and internal-combustion elements of the powertrain, unleashing all of its 121 hearty horsepowers.

With traction control disengaged and the accelerator feeling the weight of his go-fast foot, Conner releases the brake pedal from the encumbrance of his left foot and the car launches. As it leaves the line with an utter lack of drama and begins to build speed, he remarks that it isn't the fastest thing in a straight line. With a 0-to-60 time of about 10.2 seconds, we have to agree.

While the Prius Prime obviously isn't a race car, that doesn't mean it didn't have a couple of pleasant surprises. Under pressure, it handles quite well. The chassis transitions well through the turns, neutrally, without understeer. The brakes also bite well and didn't show any signs of fading as the long lap progressed.

The overall lap time was not, as you might have guessed, a record. Its 2:09.94-time, though, wasn't the slowest on the growing One Lap list of results. That honor goes to the Jeep Wrangler Sahara Unlimited.

While we here at InsideEVs appreciate the millions of gallons of gas left unburned due to the thrifty Prius over the years, this result makes us wish the Japanese automaker would make an all-electric version. Then, not only would it return even better efficiency results, it might even get some added gumption.