Suffers from a perplexing personality crisis.

The 2020 Chevy Bolt EV has an identity issue. From the outside, it presents as a mild-mannered, somewhat geeky-looking hatchback. Few would call it a crossover, despite the fact that its roof is actually higher than that of the Hyundai Kona Electric, which indubitably fits into that category.

The inside, with acres of unconvincing plastic and fitted with underwhelming seats, marks it as a  less-than-inspired economy vehicle. But then, the digital displays allow that it has some sort of special tech involved – its electric drivetrain – to help justify its $36,620 manufacturer-suggested base price. Finally, it has a secret side that only reveals itself once it's moving and the driver's foot gets heavy, as in the One Lap video above: it's actually a pretty sweet hot hatch.

Other One Lap entries 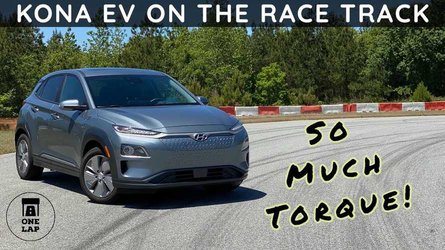 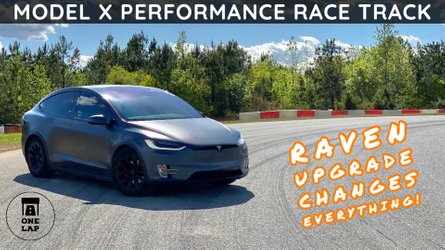 The footage, pulled from the One Lap YouTube channel, is exactly what it sounds like: a look at the Chevy Bolt EV as it completes a single rounding of the 2-mile circuit at the Carolina Center For Automotive Research. Behind the wheel is Kyle Connor of the Out Of Spec Motoring and InsideEVs YouTube channels and InsideEVs Podcast. His observations?

Leaving the line in Sport Mode with traction and electronic stability control switched off and the gear selector in "L" for full regen, the Bolt EV sprints forward but keeps its composure. No smoky wheel spin here. Still, it's deceptively quick, boasting an official 6.3-second 0-to-60 miles-per-hour time.

As it rockets toward the first turn, Conner notes the display informs the car is putting out 160 kW (214.6 horsepower), which is at odds with the official numbers on its spec sheet. They read 150 kW (201.2 hp).

Turn one brings the opportunity to try out the brakes. While they seem to work well enough, Conner reports, "there's no feel in the brake pedal." That tinge of disappointment quickly fades, however, as the car attacks the turns and twists of the track.

Tugging right, then left, on the wheel, Conner spends much of the lap smiling and talking about the great handling of the car. It isn't "understeer-y" like many vehicles in its segment. It's more composed than the Hyundai Kona Electric he had previously put through these same paces.

At the end of the run, he talks about how fun it is to drive: the chassis is dynamic, the suspension setup is really good...he even compares it to the Golf GTI.

The lap time for the Bolt EV turned out to be 2:01.62. That's about five seconds quicker than the MINI Cooper Se, but almost a second behind the Kona Electric. The difference here is likely down to the limited top speed of the Bolt EV. Officially set to 91 miles per hour, it indicated 92 mph down the final stretch. The Korean car tops out at 106 mph.

Still, it acquitted itself quite nicely on the circuit, and while its limited high speed would keep it from ever attaining track-car status, it should perform quite fine in autocross type events. For most of us, though, it's just a great car to drive to our points A's and B's.