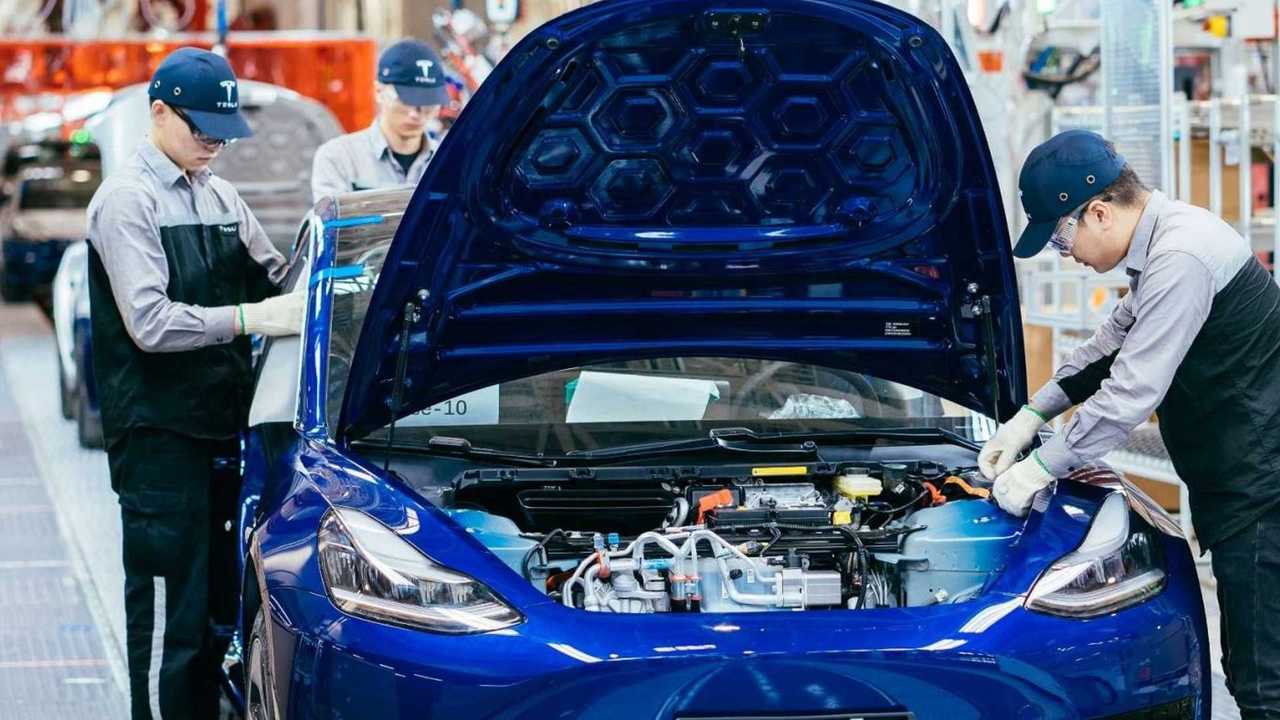 Automakers in China are facing tough times. Some EV makers may not survive.

China’s EV boom is turning into a bust. Sales of “new energy vehicles” have been sliding for the past ten months. In April, they showed a 43% drop from the same month in 2019. As Reuters reports, it’s a crowded market: in addition to large domestic automakers such as Geely, BYD and the state-owned FAW Group, there are at least 50 startups competing for a piece of the electric pie.

Above: Tesla Model 3 in China (Twitter: Jay in Shanghai)

The yearlong sales slowdown is down to several factors. “The difficulties that EV startups have encountered, such as the auto sales decline, harsh fundraising environment and subsidies reduction, all started last year,” Brian Gu, President of Alibaba-backed Xpeng Motors, told Reuters. “The [COVID-19] outbreak will aggravate these issues.” Xpeng delivered 16,000 vehicles in 2019.

The coronavirus crisis hit EV-makers hard in the first quarter—even long-established BYD saw its profit drop by 85%. A few other companies, including Nio, Xpeng and Li Auto, eked out “okay” sales in the first quarter, Cui Dongshu of the China Passenger Car Association told Reuters.

Another company that’s done okay so far is Tesla. The Shanghai Gigafactory reopened February 10, after being closed for less than two weeks, and the company reported a record-high 10,000 deliveries in March. Things looked less rosy in April, as sales dropped by about 60%, but this news isn’t as bad as it may sound. Monthly figures are always affected by seasonal factors, especially for Tesla, which tends to deliver cars in a surge at the end of each quarter.

Tesla has cut the price of its base Model 3 in China in order continue to qualify for recently revised government EV subsidies. Meanwhile, Tesla China’s VP of Foreign Affairs Grace Tao recently told Chinese media outlet Xinhuanet that Giga Shanghai could be producing 4,000 vehicles per week as early as June. As the continued lofty price of TSLA stock makes clear, analysts expect the California carmaker to continue increasing sales this year, despite the viral challenges.

Tesla is expected to weather the coming rough patch in the Chinese market, but domestic EV startups are struggling. Reuters reports that some EV-builders have been forced to cut salaries and lay off employees, and some have tapped state agencies for funding. Nio recently secured an investment of 7 billion yuan ($987 million) from state-controlled investors, and Luchi Motor sold a controlling stake to the investment fund of Henan province.

A shakeout seems likely. An anonymous investor told Reuters that some smaller EV makers won’t survive the corona-caused contraction: “Those who had not launched mass production of their car models by 2019 will probably die. The outbreak is going to accelerate their death.”

Equity funding is getting harder to come by—in the first quarter, Chinese EV builders secured only $200 million in new funding. “Only the top-tier EV makers will be able to attract attention from investors in this environment,” said Brian Gu.