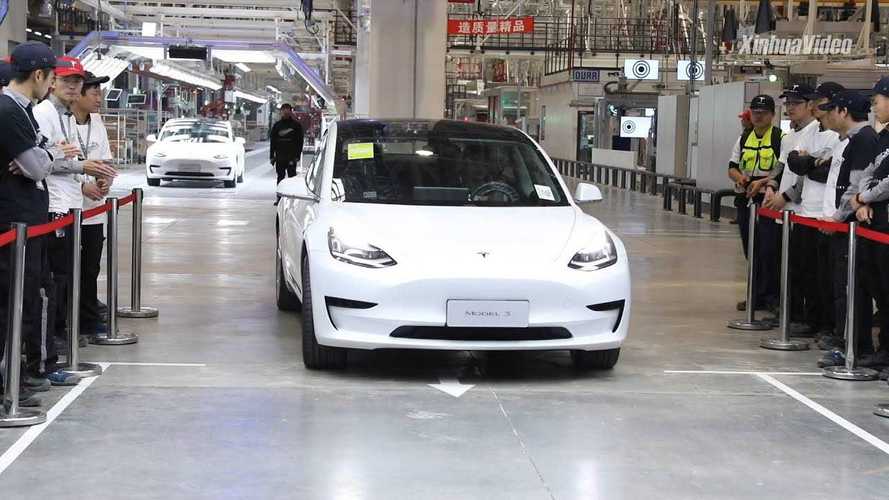 This comes as no surprise for many reasons.

Based on recent information and images out of China, it seems the China-made Model 3 has undergone some interior upgrades. More specifically, the country's version of the popular Tesla midsize sedan now gets three USB C charging points, as well as a wireless charging pad.

The above features are consistent with the interior of the Tesla Model Y. Chinese Tesla owner and popular Twitter user @JayInShanghai works to keep the Tesla social media world up to date about the company's happenings in China. He tweeted out images of the Model 3 interior updates.

Tesla Model 3 Demand Is Booming In China After Price Reduction
⠀

While we don't yet know for sure why Tesla decided to implement these updates, there are several reasons it makes perfect sense. The Model 3 and Model Y already share parts. If Tesla's factory was up and running in the U.S. over the past month, it would have likely been focusing on Model Y production. This means it is probably sitting on a stockpile of Model Y parts in Fremont.

The Model Y is not yet available in China. There has been some talk of potential and or upcoming part shortages at Tesla, as well as many manufacturers. With all of this said, it makes sense for these cars to share more parts. Moreover, if these Model Y parts are sitting idle in the U.S., and Tesla is building plenty of Model 3 vehicles in China, why not make this upgrade now while it's convenient?

As Tesla begins to move forward with Model Y production in China, this early planning should help make the process easier and cheaper. If the parts are already available and shared between the two vehicles, it's almost sure to be advantageous.

Tesla plans to build some 200,000 Model 3s per year in China. Eventually, it could mirror that number with Model Y crossovers in the country, making the Shanghai Gigafactory a major piece of the growing Tesla puzzle.