Close to half are installed in Europe, while new installations in Japan almost stalled.

The CHAdeMO Association recently updated the official numbers of the installed DC chargers with CHAdeMO plugs, which globally reached 32,300 (28% more compared to 25,300 in June 2019).

Despite the standard having a truly global presence (it's the same everywhere and you can find it almost in all markets), we feel it's gradually fading due to lack of new compatible models of electric cars (outside of Japan, Nissan LEAF is basically fighting alone with small support from Mitsubishi Outlander PHEV) and several other factors.

In the future, CHAdeMO will be combined with the Chinese GB/T standard, into one ChaoJi high-power DC charging standard, but that's a different topic.

As of May 2020, the number of CHAdeMO points is as follows:

CHAdeMO Association Introduces CHAdeMO 3.0 Protocol (ChaoJi)
⠀ Here's How To Use The Most Popular EV Fast Chargers In The U.S.
⠀ HUBER+SUHNER Introduces RADOX HPC500 For Charging At Up to 500 kW
Tesla Shows How COVID-19 Affected Supercharging Usage

Since the biggest market for CHAdeMO is Europe, let's take a look at how the map looks like for particular countries. 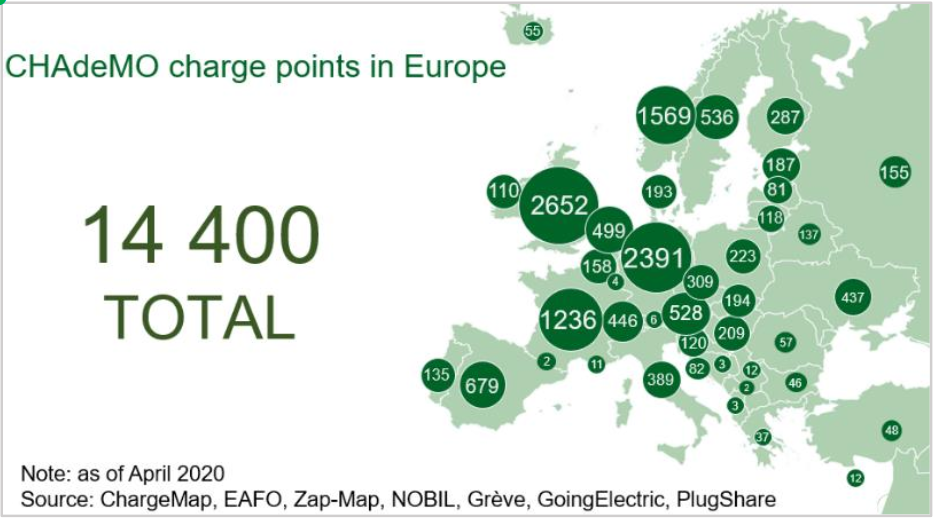 There are about 1 million plug-in electric cars with a CHAdeMO DC charging inlet in the world. Only the Chinese GB/T standard has more.

However, the new most popular DC standard in Europe is - without surprise - CCS2, used also in the latest Tesla cars. 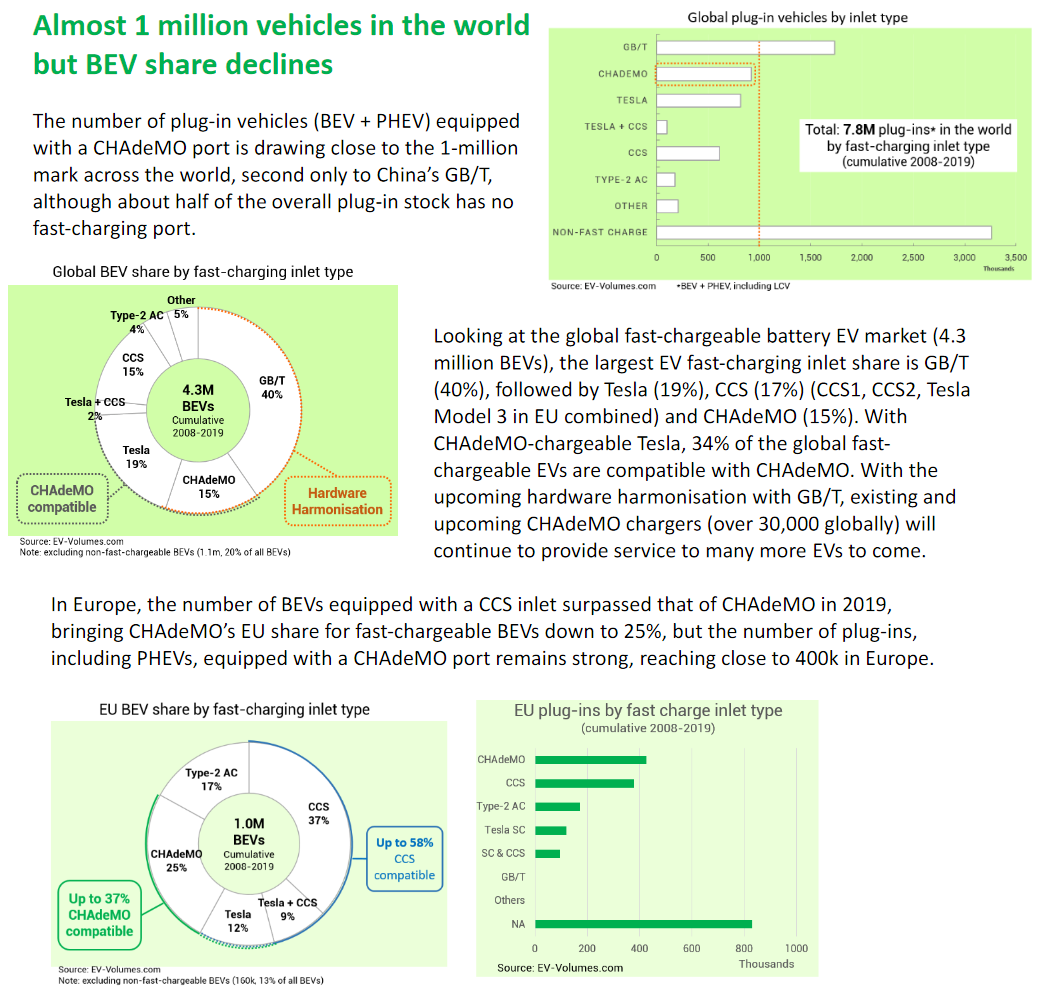