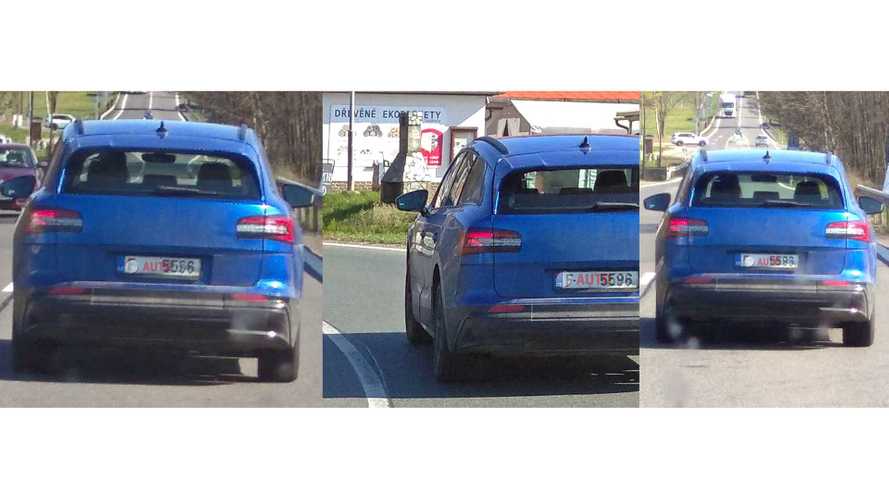 Skoda’s alternative to the Volkswagen ID.4 snapped undergoing testing before its reveal later this year.

Skoda will launch its own all-electric crossover based on Volkswagen’s MEB electric vehicle architecture. Called the Enyaq (or possibly Enyaq iV), it will be the Czech automaker’s alternative to the similar Volkswagen ID.4 and its second-ever EV after the Citigo iV.

Our spies caught a camouflaged and disguised prototype earlier this month testing in its native Czech Republic, but now we have a new set of photos snapped by a reader of Auto.cz. The photos are of the prototype’s rear but they clearly show Skoda isn’t going for a coupe-like crossover body style (similar to that of the rakish Vision iV concept).

2021 Skoda Enyaq With Production Body Spied Inside And Out

It actually looks like a taller wagon from the rear and this should translate into a massive interior. In fact, its interior will probably be as roomy as that of cars from a size class above, if the Volkswagen ID.3 with which it shares the MEB platform (and whose interior feels as big as a Passat’s) is anything to go by.

And while its exterior won’t be especially dramatic and probably quite a bit more toned down than the concept’s, its interior will be radically different to any Skoda before it. The layout and design of the Vision iV will, for the most part, be retained, with its fully digital gauge cluster that juts out of the dash in front of the driver (and has no cowl) and a large central infotainment screen.

The Skoda Enyaq is expected to be revealed sometime this year and hit the market in 2021. This may change depending on how quickly the automotive industry recovers from the global COVID-19 pandemic which has been the cause of many setbacks in the sector.