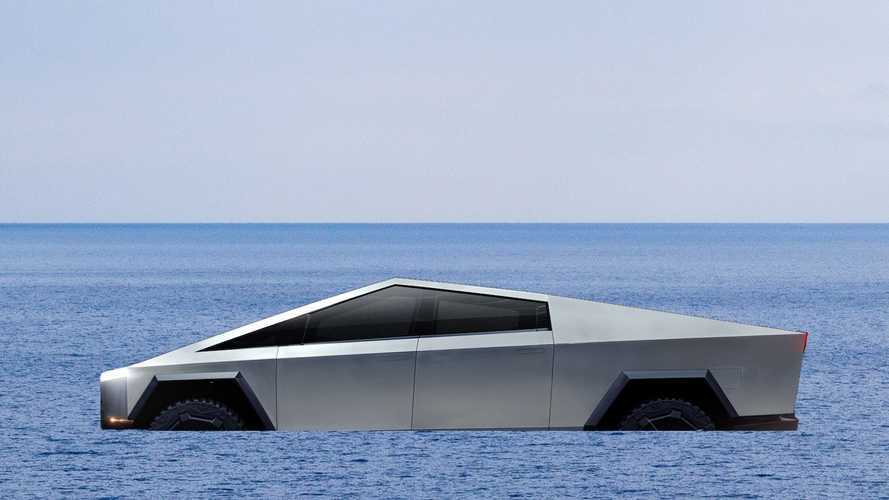 Can your pickup truck float?

Gas and diesel pickup trucks have a huge disadvantage compared to electric trucks when it comes to deep water. The air intake often limits the wading depth for combustion-engined trucks. That's not the case with electric pickups like the Tesla Cybertruck though. In fact, the Cybertruck can wade in water that's so deep that eventually the truck itself will float, thus becoming boat-like for at least a little bit.

This is the claim made by Tesla CEO Elon Musk, but it's not unique to just the Cybertruck. Musk has made a similar statement before in connection to the Model S and we've even seen both the S and Model X float.

Hydrolock? Not In This Boat-Like Tesla Model X

This latest Tesla Cybertruck wading and floating revelation comes to us via a tweet from Elon Musk:

Additionally, Musk adds that the Cybertruck will come with a heat pump like that found in the Tesla Model Y.

It seems Elon is very geeked about the arrival of the Cybertruck, though we must remember that its launch is still more than a year away.

As for the Model S acting like a boat, here's what Musk stated in the past:

Sealing electric cars for water is quite easy and most actually come from the factory ready to deal with water you may encounter on a flooded roadway. Typically, the limiting factor for wading depth would be based upon when water would enter the cabin and perhaps reach a height that's high enough to damage electronics within. Presumably, the Cybertruck will begin to float before that happens though.