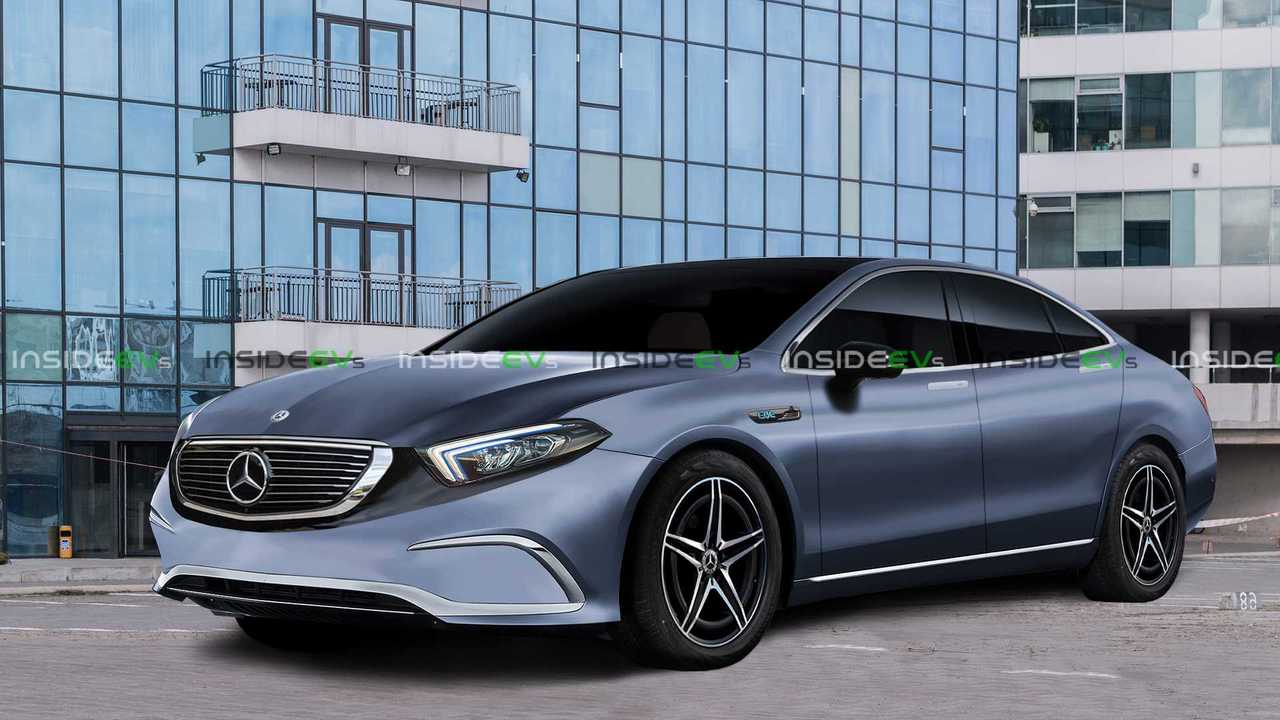 The German automaker’s E-Class-sized electric sedan will have a lot going for it.

Launched in 2012, the Tesla Model S is the EV that sparked the industry-wide renewed interest in making electric cars. It’s a remarkable car that has plenty of qualities, although what really made it stand out (and successful) was its mix of high performance and long range - it was so good in these categories that even now, some eight years after it was launched, it is still unmatched.

Sure, it’s been updated to be even faster and have even longer range, but the updates have not been major and it really didn’t need much to remain relevant. The current top of the range model, the P100D has a 100 kWh battery pack (that provides an EPA range of up to 390 miles or 628 km) and can sprint from naught to sixty in under three seconds.

And while early examples were plagued by quality issues in many areas, these have slowly been ironed out over the years and a current new Model S is a much more convincing luxury car than it was initially.

Tesla isn’t stopping here with the Model S, since it’s preparing a dedicated sporty version known as Plaid. It is Tesla’s direct answer to the extremely quick and remarkably well handling Porsche Taycan; the plan is for it to not only beat the Porsche in terms of performance, but also significantly undercut the most potent Turbo S variant on price.

Mercedes EQE Spied In Motion Testing In The Snow

BMW i7 Is Coming To Fight The Mercedes-Benz EQS
⠀

Take A Peek Inside The Mercedes EQS And Its Dual Screens

The Taycan is a bit too expensive and it lacks the range to be a real match for the Model S. It’s certainly not bad in terms of range, but Tesla still has the upper hand.

But I think the electric car that could really challenge the Model S is the upcoming Mercedes-Benz EQE, the smaller of the two EV sedans planned by the Three Pointed Star. So far, the manufacturer has only launched the EQC EV SUV, which is quite good in many areas, although it doesn’t have the range or performance to challenge the likes of the Tesla Model X.

Mercedes will undoubtedly try harder with the EQE, though, and this model will undeniably achieve a higher one-charge range than the EQC, and be faster. This while retaining the impeccable interior quality and functionality that Tesla just can’t match - the EQC feels more luxurious than the Model X, even with the latter’s fancy rear doors and and its big infotainment screen.

Sure, it feels more like updated old world luxury, but what Mercedes is proposing will certainly have a lot of appeal. Even just the highly desirable badge will give it an extra boost of credibility.

I truly have high hopes for the EQE, because I expect the larger and more luxurious EQS to be considerably more expensive, probably cost similar money to a high-end Taycan. The EQE will be quite a bit cheaper, but still be big enough to preserve the feeling of being in a big and luxurious car - in fact, if you look at the spy photos, the the EQE has a longer greenhouse area that takes up more of the car, so even though its wheelbase will be similar to an E-Class, it will actually offer S-Class levels or room inside.

Regarding its specs, well, it probably won’t match the Model S on range or match the fastest variants for performance. There will probably be more than one variant of EQE, though, but the EQE400 model will have all-wheel drive, 402 horsepower and 564 pound-feet (765 Nm) of torque and a range as high as 373 miles (600 km), so it will be right up there with the current Model S (at least in terms of range).

The only problem with it is that it’s still some two years away from hitting the market, as a 2023 model year car. By that time, Tesla will have updated the Model S again, improving its range; the Model S Plaid will probably debut by then too, so the automaker will maintain its lead in the segment in terms of range and performance.

Tesla has not announced any plans to replace the Model S with an all-new generation. However, if Elon Musk will feel competitors starting to breathe down its neck, he will probably set in motion the plan to launch a replacement which will draw from the experience the manufacturer has acquired since the Model S was designed; it could move the goalposts out of the reach of other automakers.

But I’m still confident the EQE will be a good, solid electric sedan. It will feel more luxurious, be better built and probably more comfortable and fun to drive than the current Model S. I just wish it would arrive sooner than 2022 because the larger and more luxurious EQS that will debut this year or early next year will be too expensive to be attainable for most car buyers.

Until then, though, I’ve tried to imagine what the EQE might look like. I studied the sets of spy photos that we have of it, as well as the production EQC and the EQS concept and tried to bring it all together into a production-esque looking car. What I especially tried to emphasize is its greenhouse that looks bigger in comparison to the rest of the car, if you put it side by side with a comparable E-Class model.