Tesla Cybertruck Plaid Mode: What The Heck Is It?

It's more than just three motors.

Tesla CEO Elon Musk confirmed that there will be a Plaid version of the Tesla Cybertuck and it's not just the tri-motor variant. So, what else will Plaid include?

Tesla has already confirmed that both the Model S and Model X will get high-performance Plaid variants in the future, with the first expected to be the Plaid Model S later this year, but now we've learned of another Plaid Tesla in the works.

Though some thought Musk was simply referring to the tri-motor variant of the Cybertruck with his Plaid reference, Musk later confirmed that to be untrue. Musk suggested that Plaid will be more than just tri-motor:

So, what's the "bit more to it" then? Our guess is that it will be the trim-motor Cybertruck with some software-unlocked features that increase power and help the Cybertruck get a 0 to 60 MPH time in the mid-2-second range, rather than 2.9 as listed for the standard tri-motor variant. This enhanced power would help it to easily out tug the Ford F-150 too. Additional features could include a firmed up sportier suspension (or settings, at least) and some wheels and tires with performance (not off-roading) being the focus. 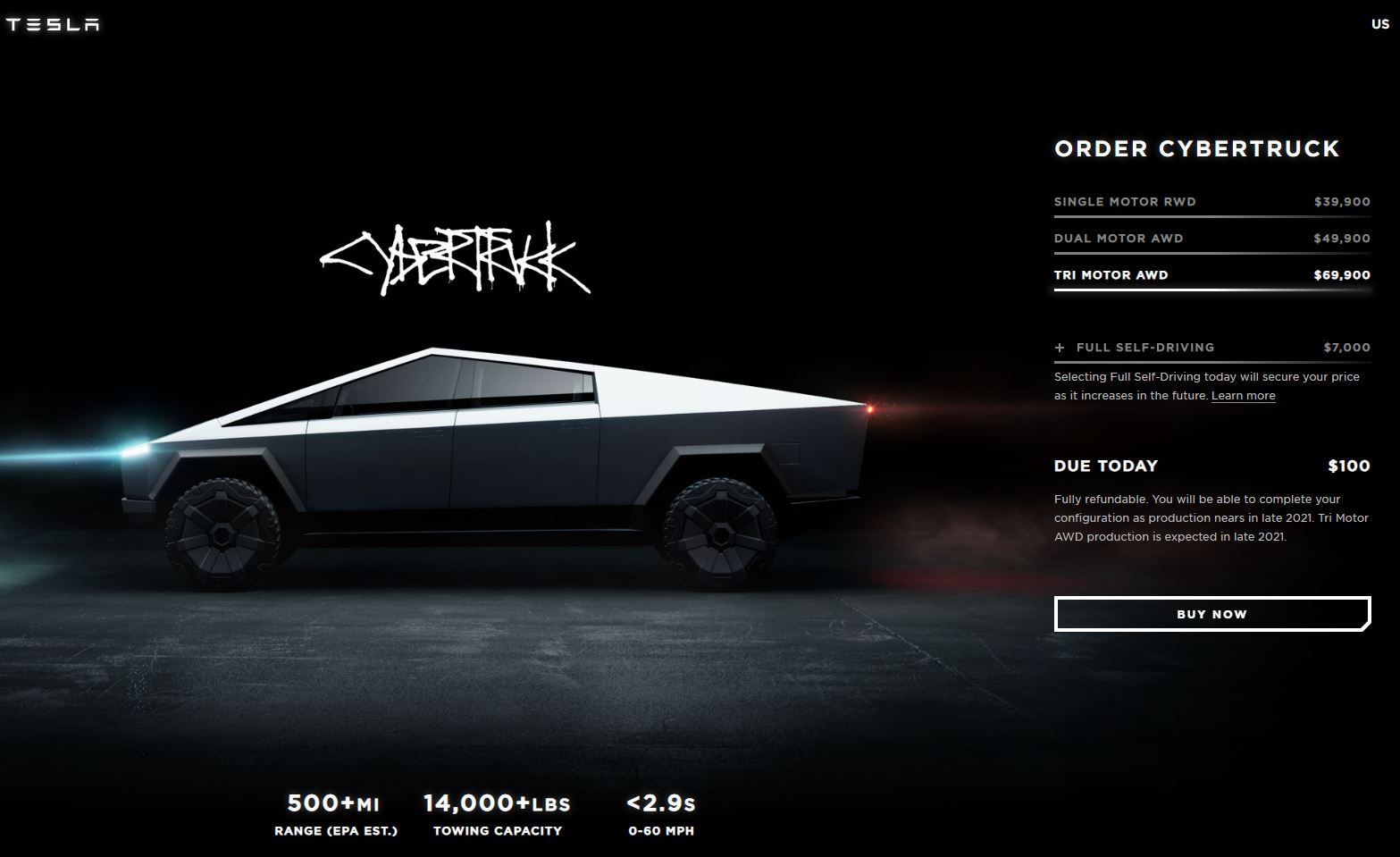 Video description via That Electric Car Show on YouTube:

What the Hell is Plaid Mode in Tesla Cybertruck?

Elon Musk hinted that the Tesla Cybertruck would have Plaid Mode for max acceleration. Thus far, the only Tesla cars expected to have Plaid Mode were the Model S and next-gen Roadster.

Elon Musk dropped a hint about Tesla’s Plaid Cybertruck in a tweet from Tesla’s Pope of Muskanity—whose name is a play on the idea that TSLA supporters act like a cult. The Tesla pope posed a difficult puzzle in his tweet, asking how he could convince his lady to agree to a Cybertruck.

The Tesla CEO quickly replied to the Pope of Muskanity, tweeting, “You may return the vehicle for a full refund in the unlikely event that it causes domestic discord.” He also replied to @Sofiaan’s tweet, saying: “Plaid Cybertruck is what I will drive.”

Tesla CEO Elon Musk first said that the Tesla Model S with a “Plaid” powertrain and new rear-facing seats is coming in Oct/Nov 2020.

After the most recent testing, now the CEO says that it is coming next summer.

The next-gen Roadster is expected to also get Tesla’s new 3-motor Plaid powertrain, but it should come after the new version of the Model S.

While that’s still months away, Tesla decided to start hyping up the new top performance mode with a new ‘Plaid Mode’ tee.

Engineering Explained: No, Model S Plaid Can't Hit 60 MPH In Under 2 Seconds
New Tesla Model S/X Estimated Delivery Time Moves Further Away
Report: Tesla Demand Massive In Q2, Sold Out For The Quarter
Rumor: Hyundai To Launch Ioniq 6 Next Year
Owner Lists 10 Reasons Why Your Next Car Should Be A Tesla Model 3