Comparison of plug-in car sales from BMW’s perspective through February 2020.

In Germany, the BMW brand is still the plug-in car leader - but its share decreased from 21% to 18% (compared to two months ago). That's because several other brands are selling a lot more plug-ins this year than in 2019.

Volkswagen (11%) and Mercedes-Benz (10%) both improved their position, completing the (all-German) podium. 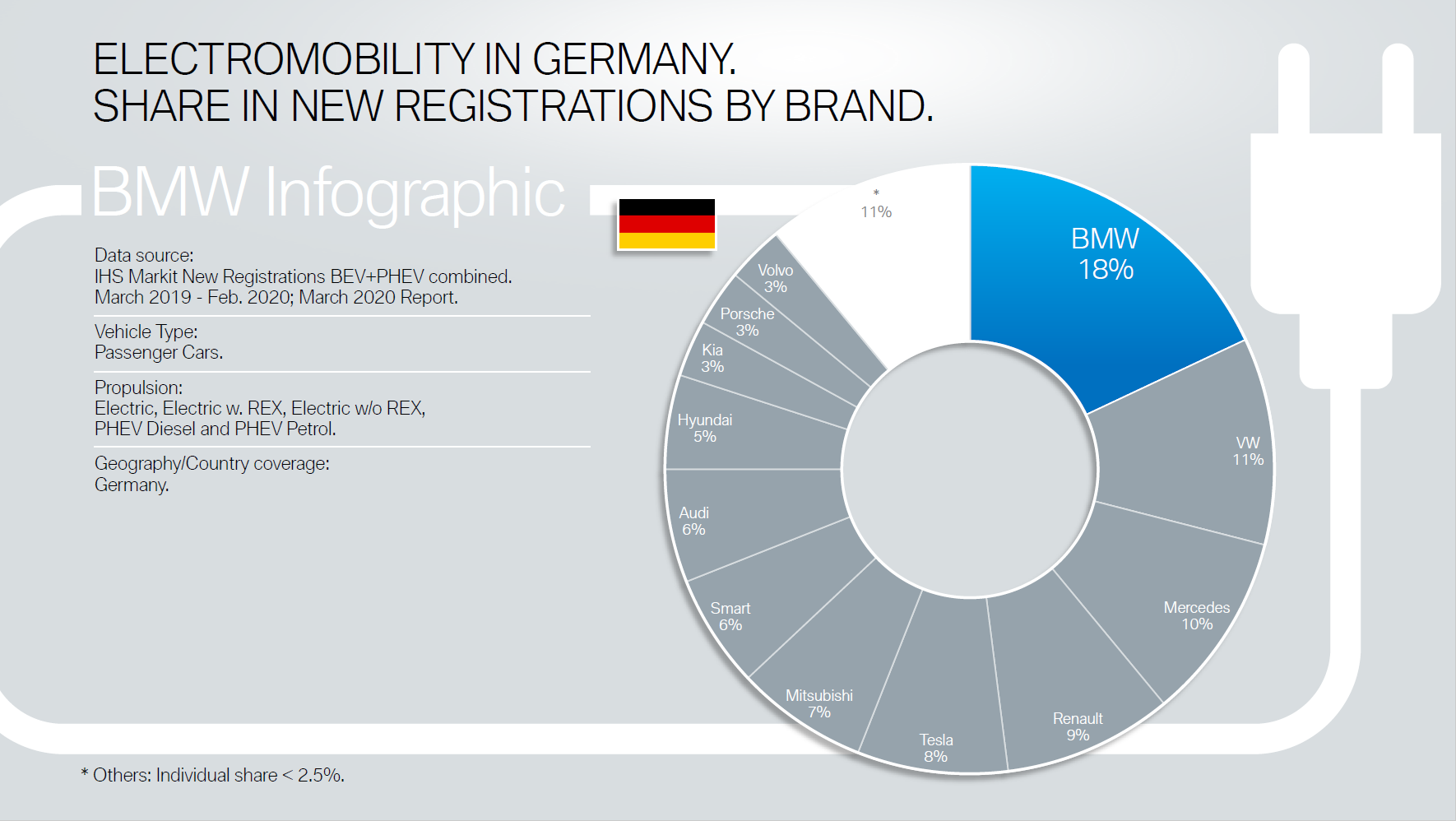 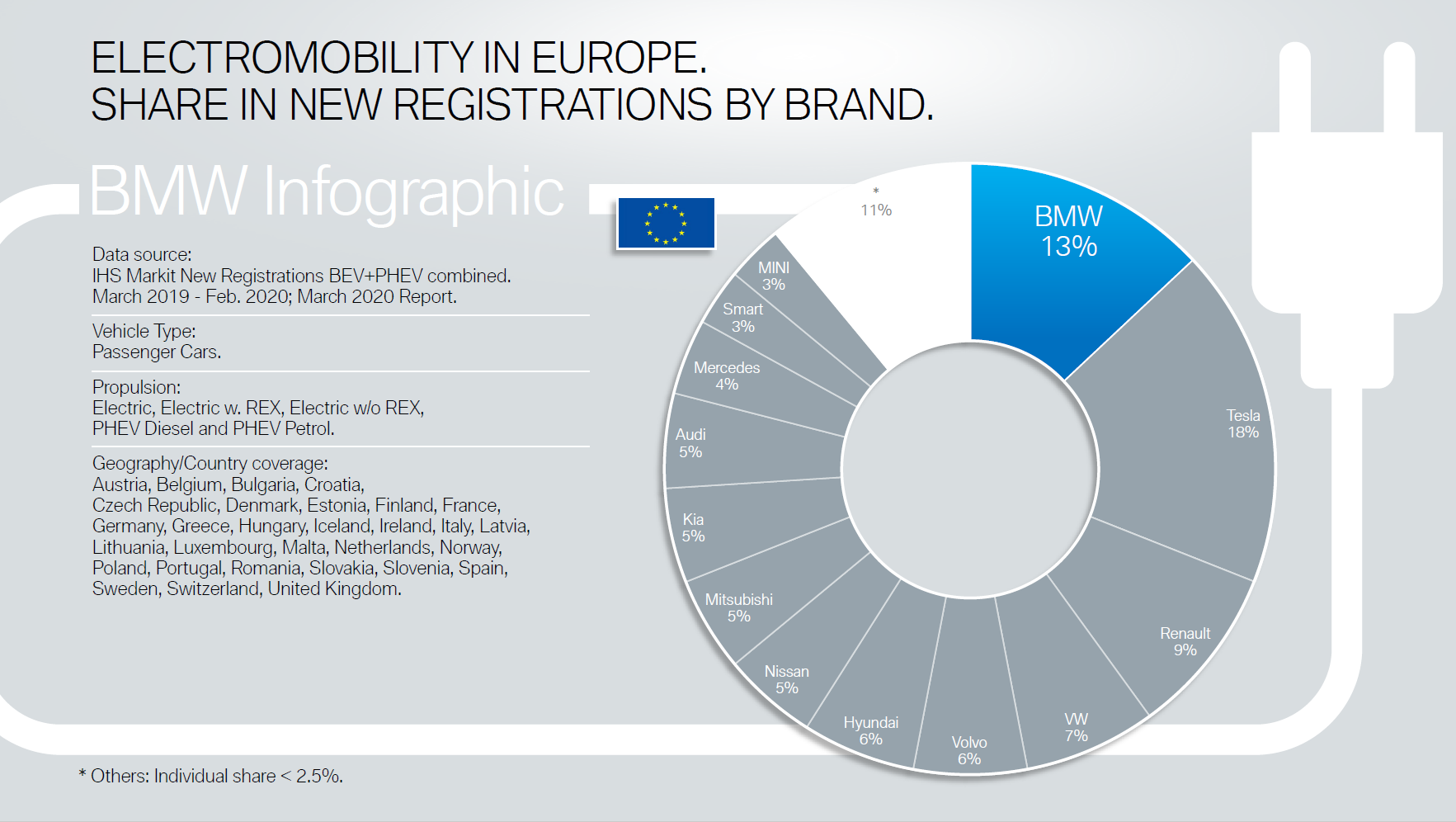 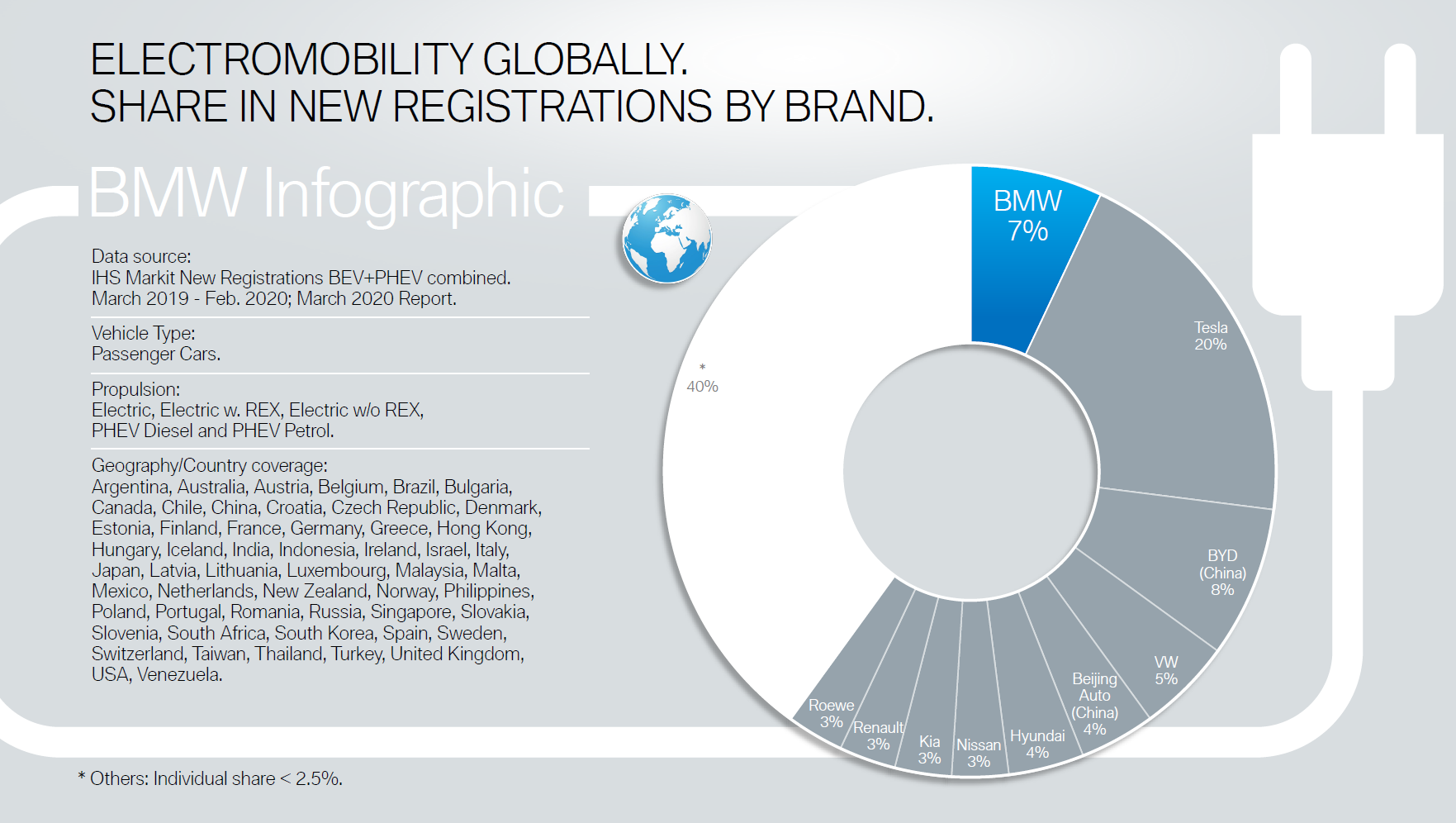 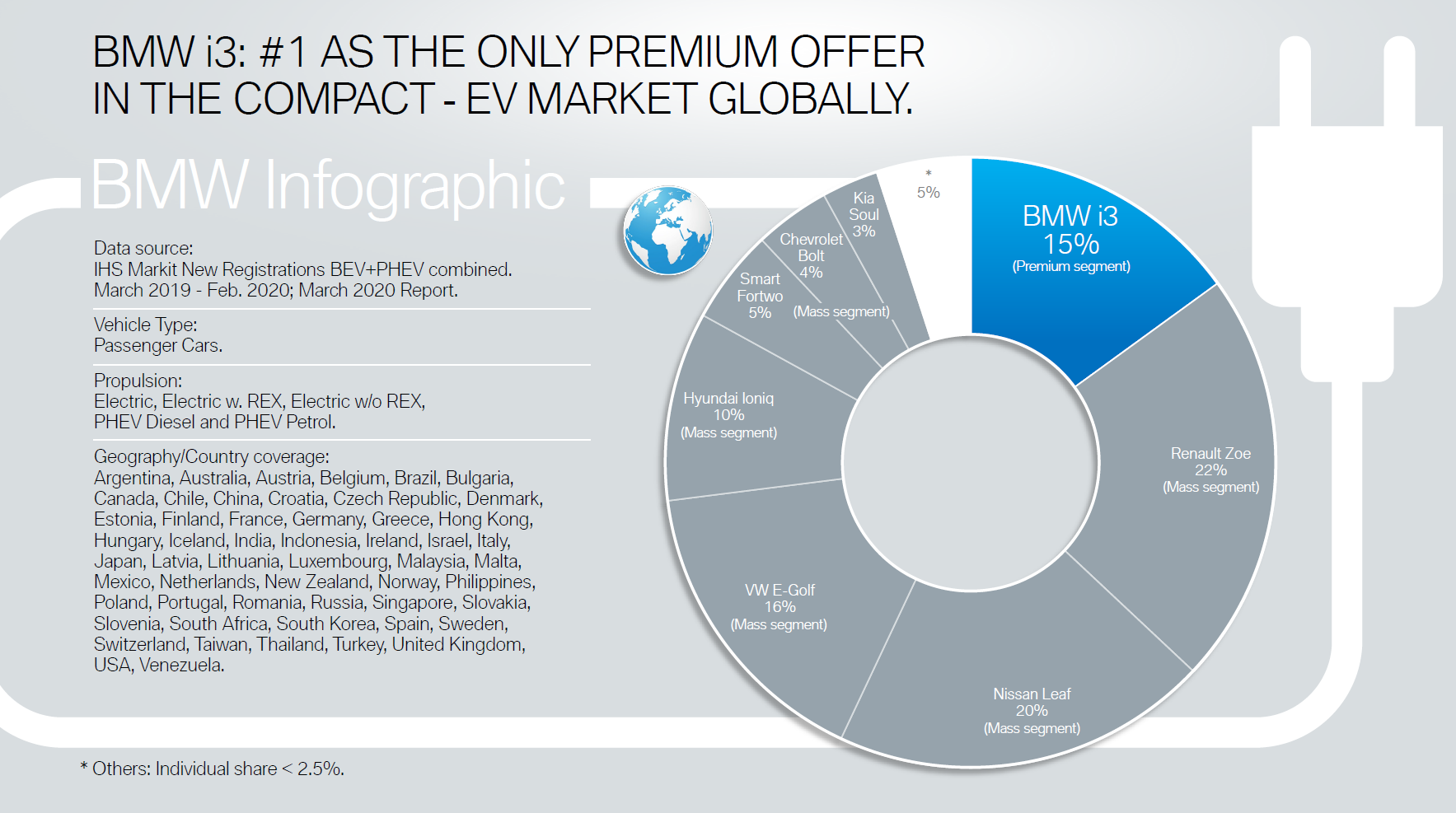 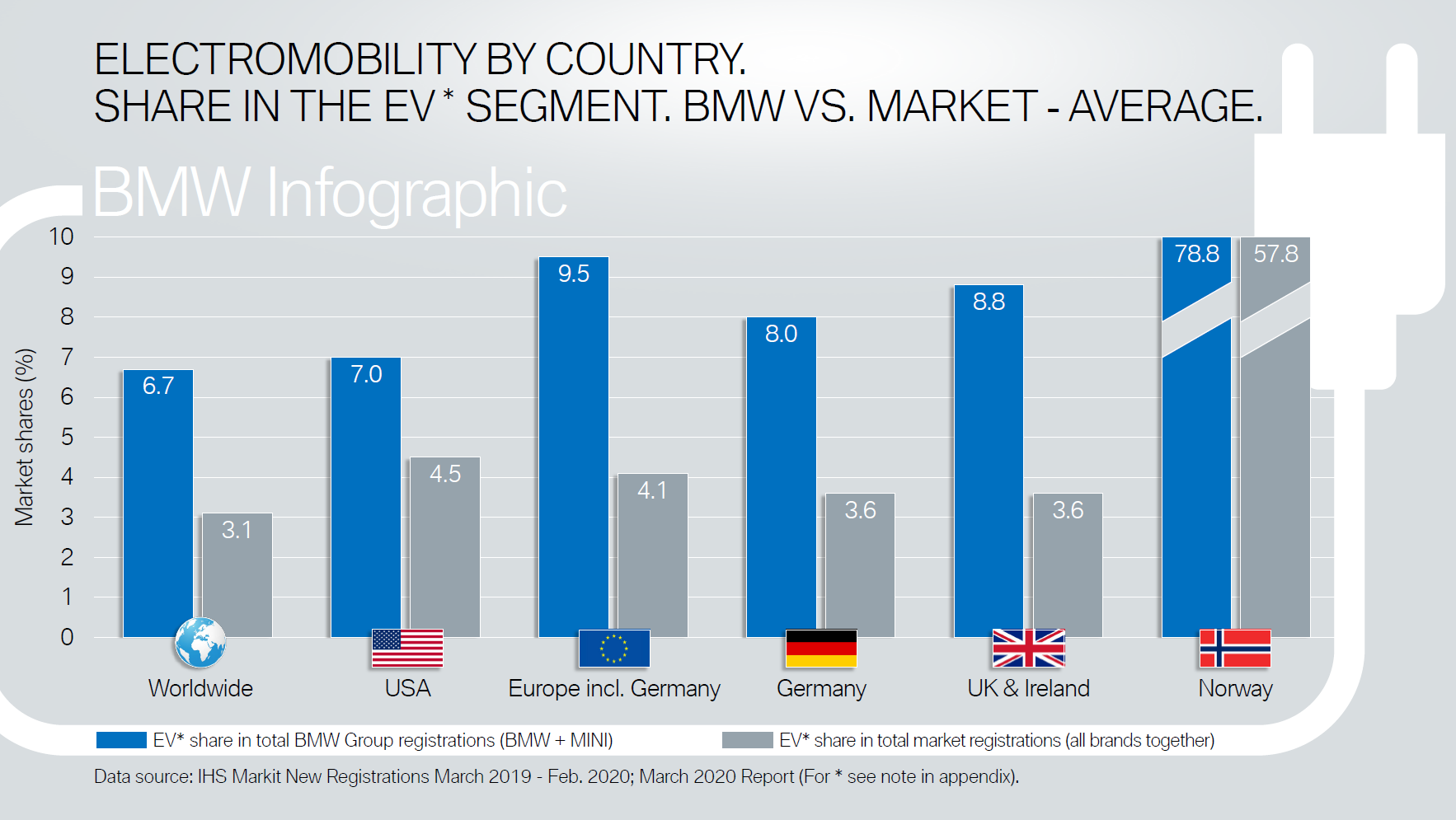 BMW Group share in the plug-in segment in particular markets is also higher than the company’s share in the gas/diesel segments, which means that the switch to electric brings a general gain of market share for the group (no change here compared to previous months). 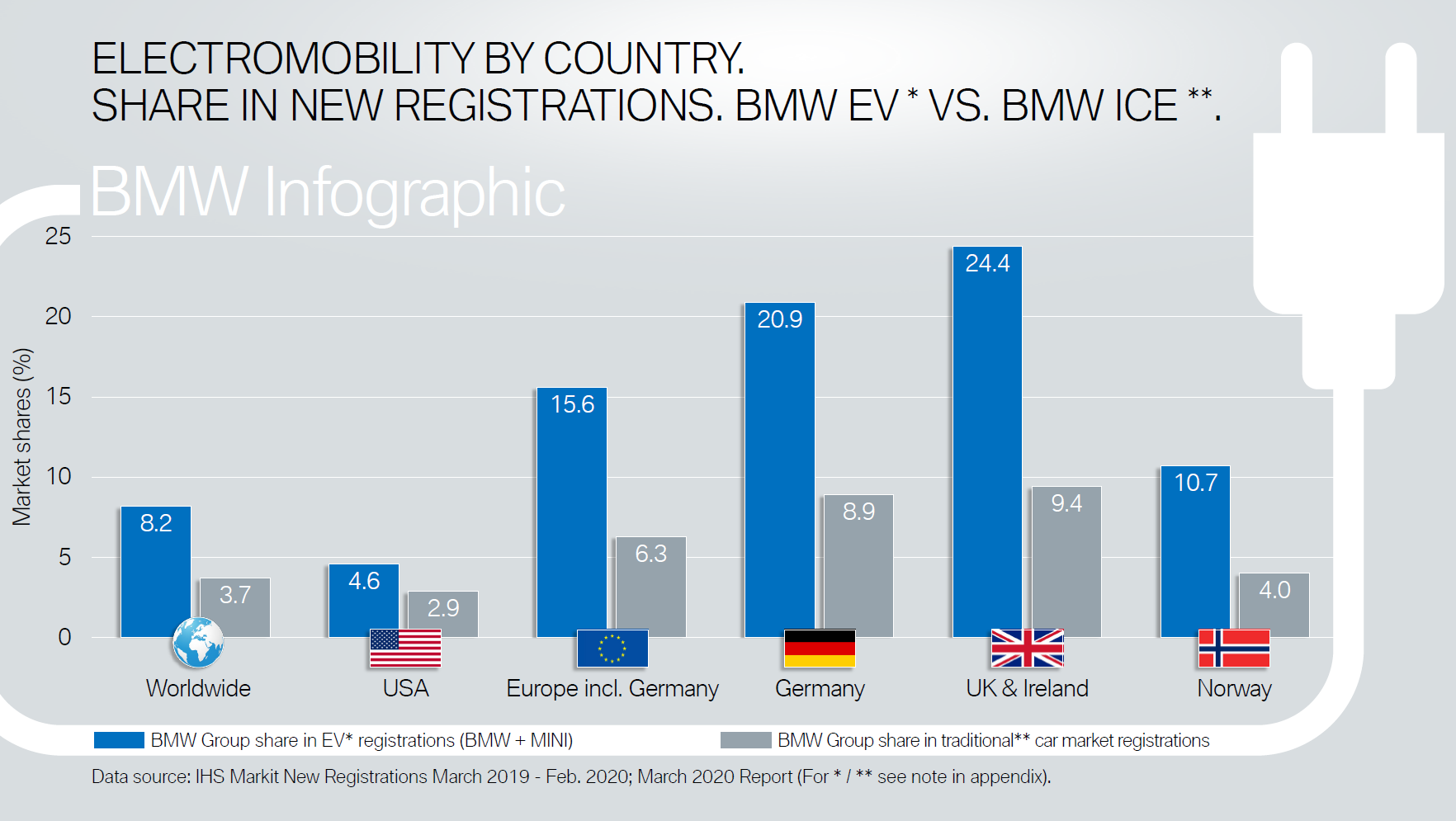