BMW: Next 7 Series To Include An All-Electric Version 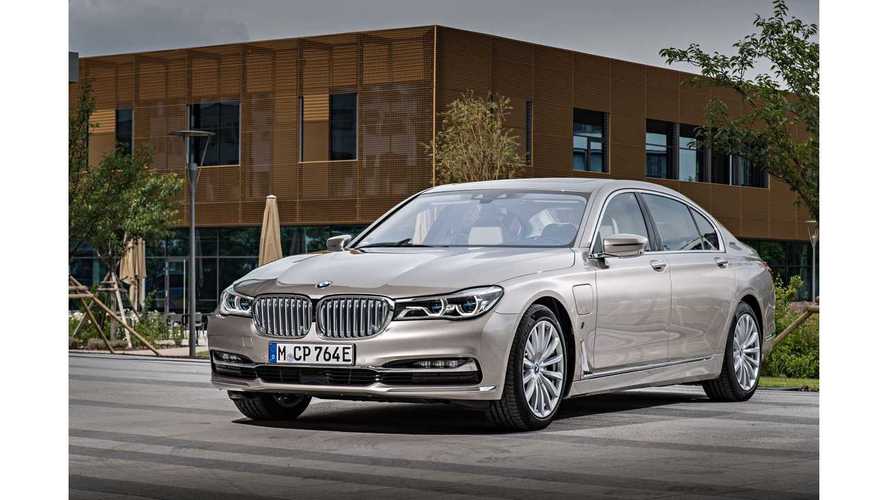 The "Power of Choice" strategy means that BMW’s flagship 7 Series will also get an all-electric version.

The rumors about the upcoming all-electric BMW 7 Series were true. Today, BMW announced that the next-generation 7 Series will include an all-electric version, which will join the conventional ICE (diesel and gasoline) and already available plug-in hybrid.

The time frame was not announced, but the year 2022 was previously mentioned in rumors. One year later, the company is also expected to launch an all-electric 5 Series, but it was not confirmed in the most recent press release.

The next generation of the BMW 7 Series will mark a new milestone. The BMW brand’s flagship vehicle also offers customers the "Power of Choice" and is set be available with four different types of drivetrain: as a highly efficient diesel- or petrol-driven car, as an electrified plug-in hybrid and, for the first time, as an all-electric BEV model, which will also be equipped with a fifth-generation electric drivetrain. Offering such a comprehensive range is a clear expression of the BMW Group's aspiration to enable every customer to choose the technology best suited to realise sustainable mobility."

BMW Group announced also that by 2025 it will invest over 30 billion euros "on future-oriented technologies", which obviously includes electrification.

On the other hand, by 2021, up to 50% of conventional drivetrain variants will be eliminated from the offer.

"Among other things, development times for new vehicle models will be reduced by as much as one third. On the product side, up to 50 percent of traditional drivetrain variants will be eliminated from 2021 onwards in the transition to creating enhanced, intelligent vehicle architectures – in favour of additional electrified drivetrains. It is in this area that the full impact of these measures will come into effect, particularly in the years after 2022."

In the case of electrification, here is what's coming next from BMW Group:

"By 2023, the BMW Group will already have 25 electrified models on the roads – more than half of them all-electric. The key to achieving this objective is having intelligent vehicle architectures that, with the aid of a highly flexible production system, enable a model to be powered fully electrically, as a plug-in hybrid or with a combustion engine. With these prerequisites in place, the company is in an ideal position to meet demand in each relevant market segment and offer its customers a genuine power of choice between the various drive types. By 2021, demand for electrified vehicles is predicted to double compared to 2019. The BMW Group then expects to see a steep growth curve up to 2025, with sales of electrified vehicles growing on average by more than 30 percent p.a."

The Chairman of the Board of Management of BMW AG, Oliver Zipse and the BMW i4 concept
++Share