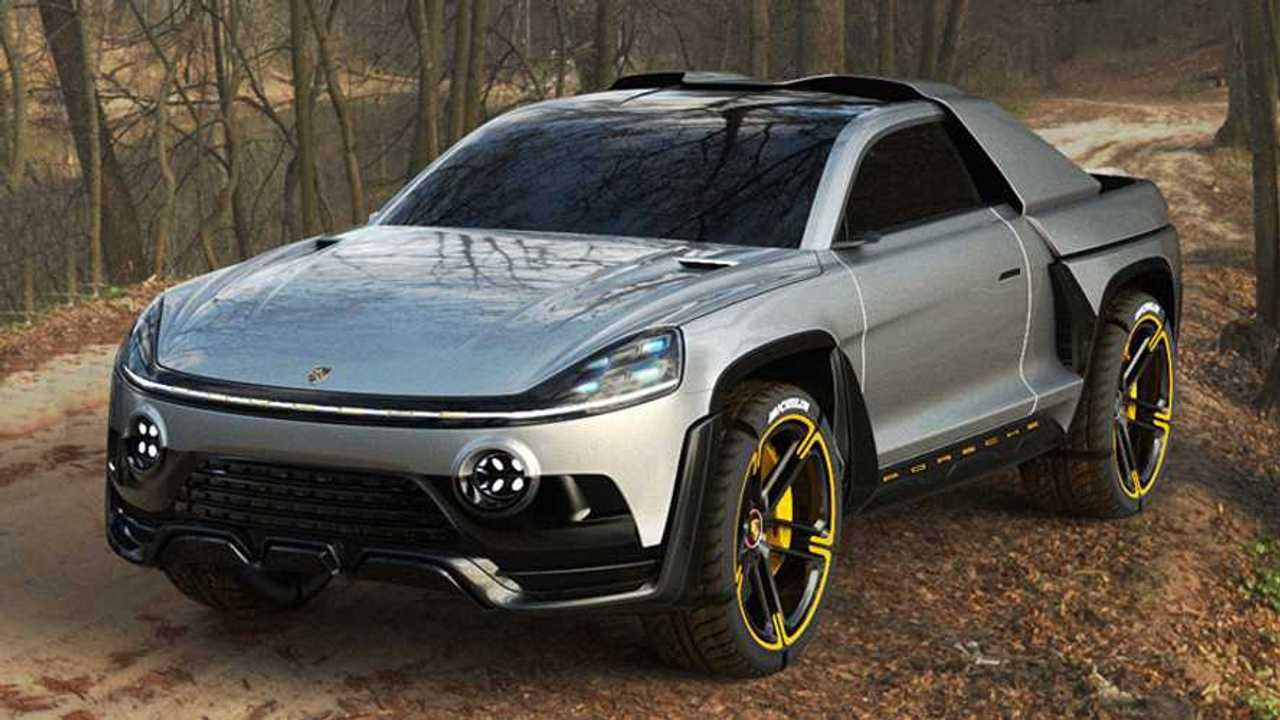 He calls it the Traycan and it will never happen.

If you’re from the United States you’re probably wondering why more automakers aren’t making more pickup trucks - it would not come as a shock to you if, say, Porsche announced it would make such a vehicle. If you’re from Europe, though, a Porsche pickup truck is about as preposterous a proposition as you could imagine.

That’s not to say it wouldn’t be cool, especially if it was powered by electricity, not fossil fuels. Something along the lines of this wonderfully designed and executed proposition by Adel Bouras; he dubbed it the Porsche Traykan and it’s really quite a believable attempt at making a Porsche pickup.

Now he calls it the Traykan (which sounds a lot like Taycan), to suggest it’s an electric vehicle, but it also has visible exhausts poking out the back. Maybe those aren’t exhausts and they’re fakes that emit an engine noise when the vehicle drives by, or the vehicle may have been designed to be a plug-in hybrid.

What Not To Do In A Porsche Taycan

We don’t know exactly, but it looked so cool and Taycan-esque that we couldn’t ignore it. And it’s not the exact Taycan design turned into a pickup; it’s quite different but it appears as if a lot of thought has gone into designing it to look like an actual Porsche product.