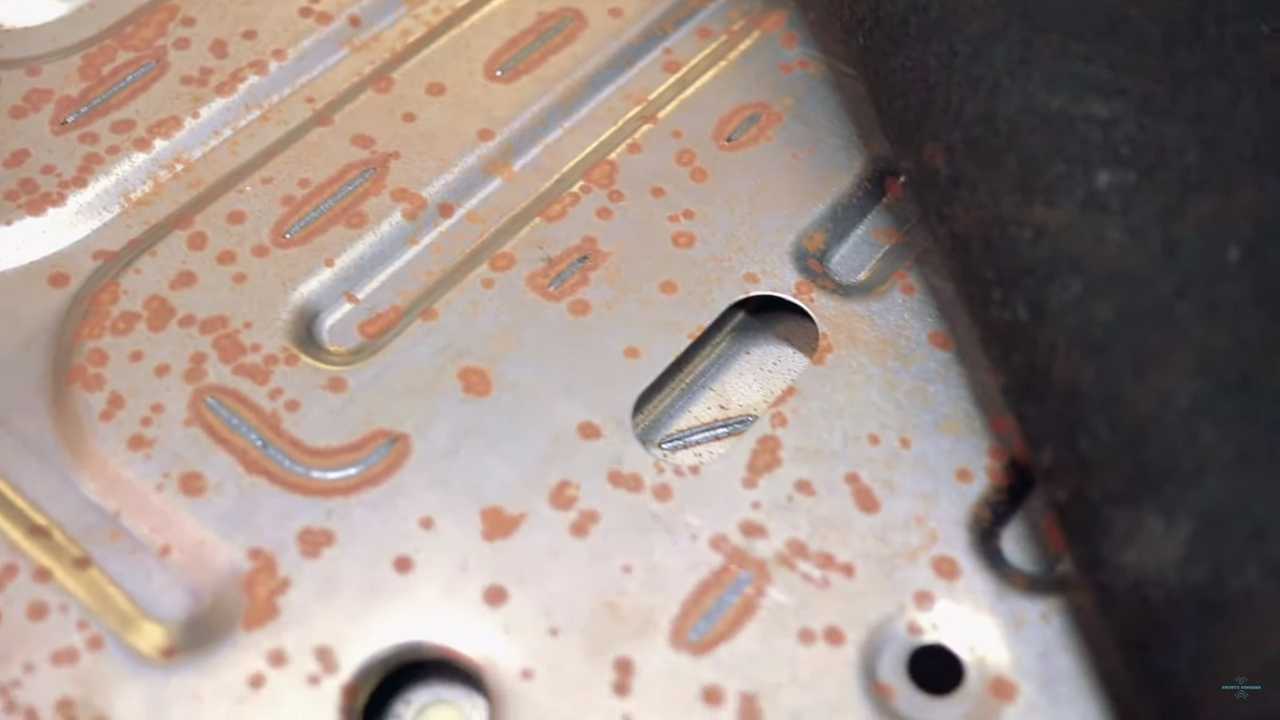 Al Steier, from Munro & Associates, helped us correct this... information, not the seats.

Whenever we hear about any issue EV consumers may have, we investigate them. That is how we found out Nissan showed a $35,000 bill for a single Leaf battery pack, and PSA had comparable prices for the humble Peugeot iOn. As the biggest EV manufacturer, Tesla tends to present more issues. We dig a little deeper whenever there seems to be a problem, but that helps get facts straight. That is what happened with the Sudden Unintended Acceleration accusation against the company and now with the rusted seats on a Model 3.

Gallery: Tesla Model 3 Reveals Rust In The Seats While Getting A DIY Ski Latch

If you don’t remember this story, the FrostyFingers YouTube channel decided to show how to create a ski latch on a Model 3 and found out the seat structure had rust. It was December 18, 2019, and we asked our readers to find out about more cases or an explanation for that.

A deep silence about this has followed until Munro & Associates recently tweeted about a seat teardown with electric vehicles. They have analyzed the front seats of the BMW i3, Chevy Bolt EV, and Tesla Model 3.

That was when we tried to talk to Al Steier and Sandy Munro about that article we wrote back then. Steier helped us discover how thick the Model 3 paint was on November 1, 2019.

We asked them if that was something normal. Had they noticed any rust on the Model 3 seats? Steier told us this:

“If you were to look at a number of seats across the various manufacturers, you will find that about 50 percent do not paint the seat supports (bottom and/or back). They will however paint any area that is visible to the customer – i.e. the lower mount points and sometimes the rails if they are not covered with trim. So most have determined that they can live with a little surface rust on non-visible parts. Besides, eliminating the paint is good for the environment.”

We have contacted Magna International, Lear Corporation, Adient, and Continental – the world’s biggest seat suppliers – to discover which painted the seat supports. Only Continental got back to us to say it does not produce “car seats but only certain components (electronics and covers for the upholstery).” We will add these companies’ answers to this article if any of them gets back to us.

As suppliers, they probably build the seats according to what the manufacturers want them to have. If the idea is to have full rust protection to the seat frames – either by painting or powder coating – they can probably deliver these seats as specified by OEMs.

According to what Steier told us, that is not an issue.

“I put a quick table together below which shows how many years it would take to rust through the driver’s seat base and seat back, which are roughly 1 mm and 1.7 mm thick. Keep in mind the interior of the vehicle would be closer to the rural atmosphere and most likely at the lower rate, as the operator would use the HVAC system so the average humidity should be on the lower side.

Best case scenario, your seat should be good for 250 to 425 years. Worst case, 17 to 28 years if in a very humid area, never use the HVAC system, and leave the doors open out in the rain. If you average the two values – which would be more realistic – you end up with seat frames that will last between 133 and 227 years. Pretty sure the seats will outlast the batteries.”

Alfred P. Sloan once said that GM did not exist to sell cars: it existed to make a profit selling cars. That applies to all automakers alike. That said, the Model 3 seats just follow that same logic and will probably do their job while it is necessary.

We do not get to choose if we cover pleasant or unpleasant news. At the same time, we are committed to telling you the facts as they are. Surface rust is weird, but it may well be “within specs,” unlike other stuff we still investigate and hope for a quick solution.