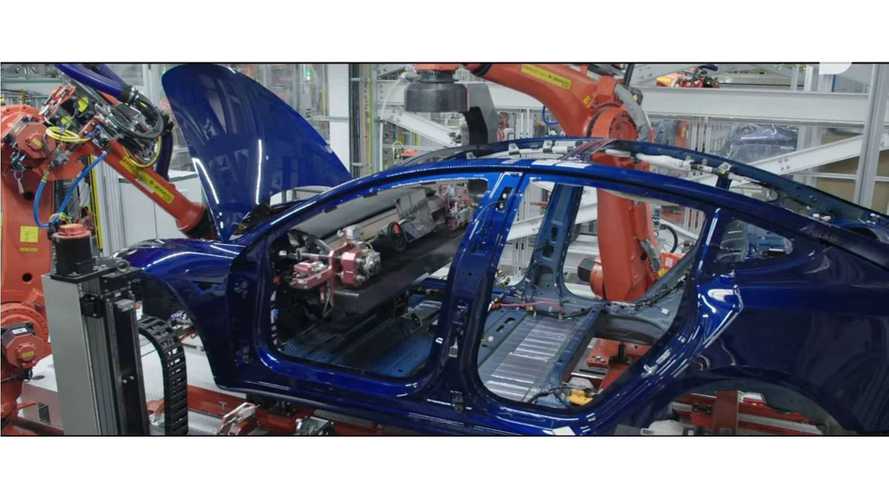 A DEEP DIVE INTO THE BMW I3, CHEVY BOLT, AND TESLA MODEL 3

Munro & Associates in Auburn Hills, Michigan is in the business of taking cars apart. The company’s teardown reports reveal the juicy details of every single component - how they work, where they came from and how much they cost. Automakers pay sizable sums for these reports, in order to figure out what their competitors are up to. Sandy Munro’s 2018 teardown of a Tesla Model 3 delivered some important insights into the California carmaker’s strengths and weaknesses.

Above: Under the "skin" of the Tesla Model 3 (Image: Tesla)

Recently, Jalopnik‘s Jason Torchinsky and David Tracy got to visit Munro’s headquarters to examine the torn-down innards of three of the most popular electric vehicles on the market: a Tesla Model 3, a Chevy Bolt and a BMW i3. The resulting video offers a fascinating look at what makes an EV tick, and is well worth watching in its entirety.

Each of the three cars Jalopnik examined represents a very different approach to building EVs. All three use a bottom-mounted battery pack, which offers many advantages, including excellent handling and maximal interior space. Torchinsky and Tracy, accompanied by some of Munro’s expert engineers, go through each of the major systems of each model - batteries, motors, power electronics, cooling - and examine the many ways in which they differ.

The three EVs use three different types of battery cells - cylindrical cells for the Tesla, pouch cells for the Chevy, and prismatic cells for the Beemer. Battery Maven Mark Ellis explains the pros and cons of each style.

Above: Learning the differences between how the BMW i3, Chevy Bolt, and Tesla Model 3 are made (Youtube: Jalopnik)

When it’s time to look at motors, Al Steier, Munro’s Director of Benchmarking, explains that, although the the three motors operate on the same basic principle, differences in the packaging and the way they are cooled result in major differences in size and power rating (spoiler alert: the Tesla is the smallest and most powerful).

Electronics Guru Dave Warner gives the Jalopnik team a tour of the vehicles’ inverters and other power electronics. Once again, we find that components that share the same function can be designed in very different ways. Tesla’s inverter is integrated into the motor/gearbox module, whereas Chevy’s is a separate unit packaged in its own box, with its own cabling and cooling lines. This integrated approach is found throughout the Model 3, which was designed from the ground up as an EV. “I think this is the future,” says Warner.

The Model 3 that Munro tore down was an early version, and it does contain some things that puzzled Munro’s auto experts. In particular, Sandy Munro was not impressed by Tesla’s body design, which he found to be heavier, and presumably more expensive, than it needed to be. The Jalopnik team point out some of the things Mr. Munro was talking about, specifically some body welds that don’t seem to be done in a logical way. (Tesla responded to Munro’s findings point by point, and said that more recently-built specimens have addressed some of the weaknesses he identified.)

Like Model 3, the i3 was based on a “clean sheet” EV design. BMW experimented with some innovative features, including several things that were firsts for any EV at the time. For example, almost the entire body is constructed from strong, light (and expensive) carbon fiber.

In contrast, the Bolt, although it does have its own platform that’s not shared with GM’s legacy vehicles, has some design aspects that are clearly vestiges of the fossil fuel era. Torchinsky and Tracy show us some extra parts that GM had to include to fit an electric drivetrain into a body that’s still better suited to an ICE. It’s not exactly an elegant solution, but it works.

The two Mr. Ts characterize the three EVs as “a weirdo experiment” (the i3), “an adapted conventional vehicle” (the Bolt), and “an elegant clean-sheet design” (Model 3). While the three embody different design philosophies, all have been successful by any measure. This writer, having driven the i3, Bolt and Model 3, found them all to be excellent automobiles, as have many others. While engineers may debate the relative merits of the many design decisions that went into these creations, Jalopnik’s conclusion is that, if you, the car buyer, want to know which one is best, “you’ll just have to drive one.”

Above: Munro discusses Tesla in more detail at 1:50 and 50.00 and 1:06:26 in a recent episode of Autoline After Hours (Youtube: Autoline Network)