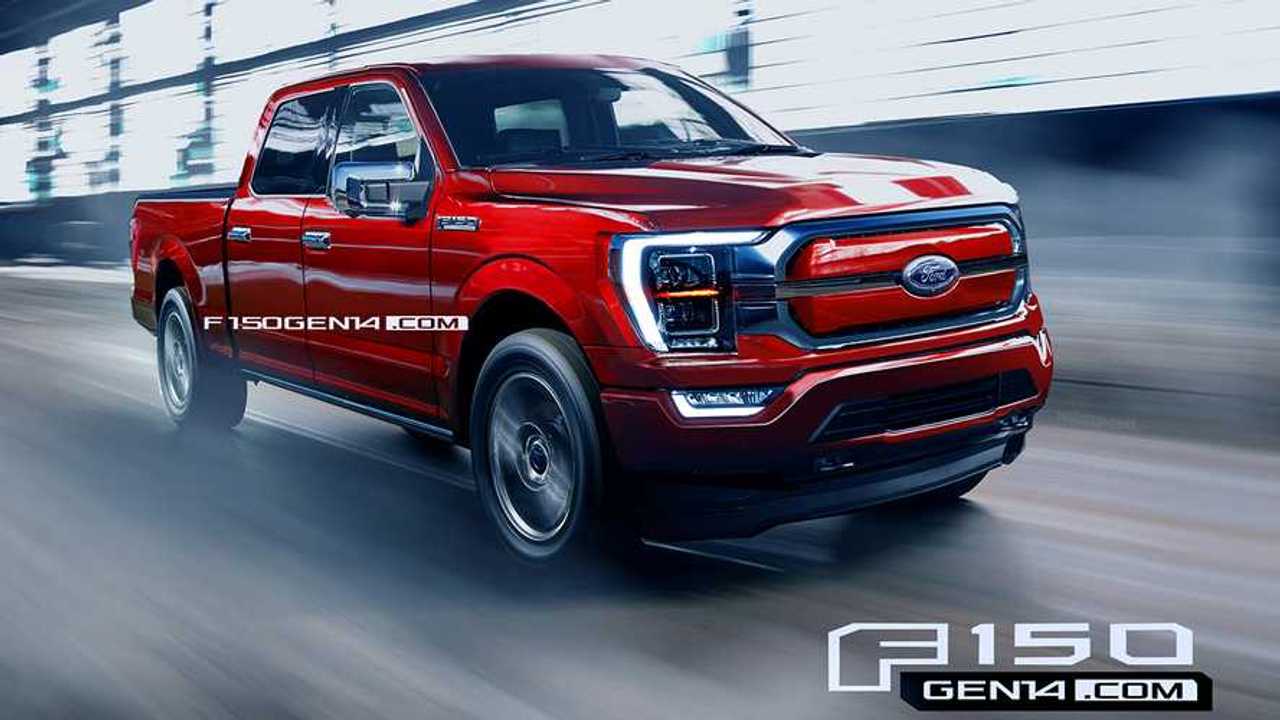 The renders are reportedly based on some inside info.

This render, based on reported insider info, imagines what the upcoming Ford F-150 electric pickup truck will look like when it's revealed to the world. Based on some new spy shots of the conventional F-150, as well as older images of the electric F-150 caught testing, but with some added tweaks more fitting of an EV, is that what we should expect the F-150 to look like in production electric form?

You’ve seen the spy photos of the partially exposed 2021 F-150, but now we’re bringing you the full undressed version, thanks to our inside sources who have seen the fiberglass mockup.

The evolutionary design nevertheless brings about many stylistic changes, notably, the 14th generation F-150 will have a grille that removes the large parallel slats that bisect the entire front end of the current truck for a cleaned-up, more open grille providing better ventilation and aerodynamics. The lighting elements have also been updated to provide a more refined, integrated design that eschews the oddly-shaped lego blocks of the current front headlights.

The electric F-150 will have a polished, closed grille in the same vein as the non-GT Mach-E Mustang.

Ford says that the F-150 electric pickup truck will arrive on the scene sometime in 2021. Details on the truck are scarce, but Ford did show it towing 1 million pounds and the automaker has claimed that 300-miles of range is like a minimum target for any of its premium EVs going forward, so we assume the truck will go more than 300 miles per charge and be quite powerful too.

The electric Ford F-150 will likely debut in 2021. The truck will allegedly be the Blue Ovals followup EV to launching its Mustang Mach-E.

We expect the truck to be AWD and it'll surely be the quickest F-150. Electric motors can crank out a ton of power at basically zero RPM, so the electric Ford truck should be fast off the line. We don't know the power figures for the electric F-150, but we assume the numbers will be similar to the metrics released for the Rivian R1T.

You can check out the rendered Ford F-150 electric pickup truck in more colors at the source link below.

Let us know your thoughts on the look of this pickup truck. Too traditional for an electric? Or exactly what you'd expect from the electric version of the U.S.' number one selling vehicle?