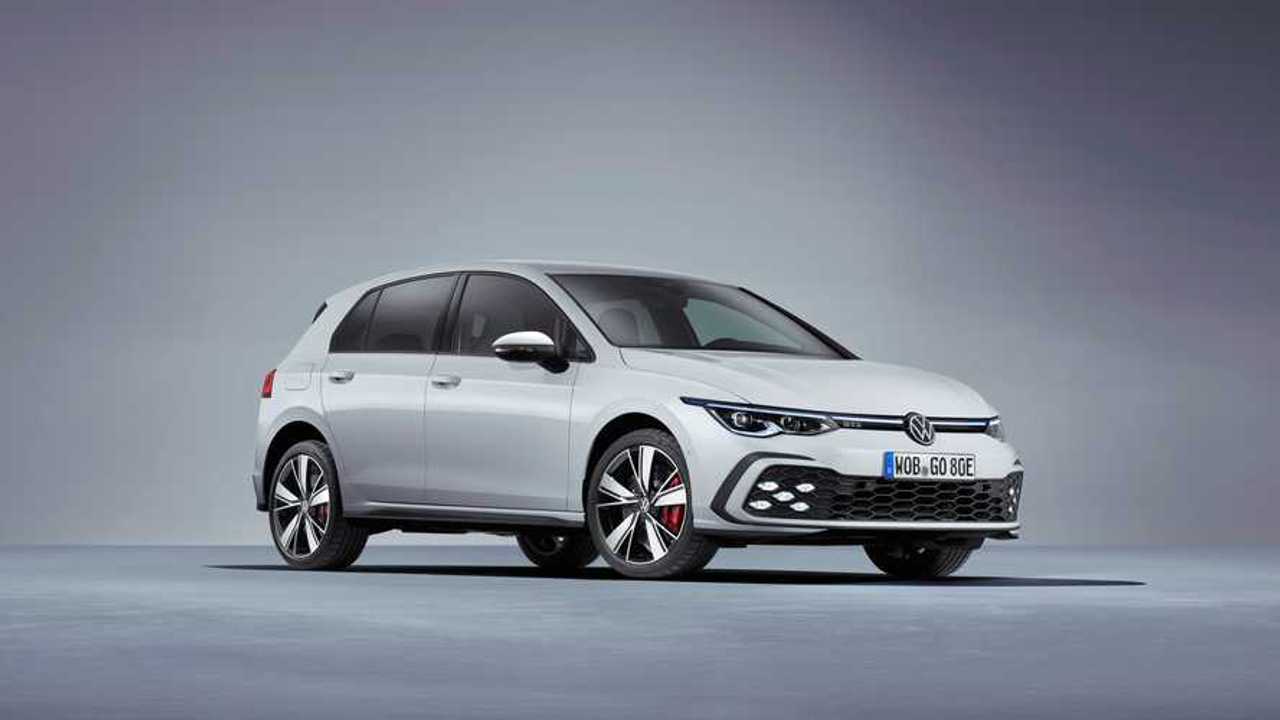 Has more torque than the GTI and 37 miles (60 km) of pure-electric range.

Volkswagen has pulled the wraps off its eighth-gen Golf GTI and along with it, the diesel-burning GTD and the plug-in hybrid GTE were also revealed. The latter has as much torque as the oil burner and a battery twice as big as that of the previous-gen GTE.

Just like the upcoming Skoda Octavia RS and Cupra Leon plug-in variants, the latest Golf GTE is motivated by a 1.4-liter engine that puts out 147 horsepower and a 112 horsepower electric motor. Their maximum combined output is 242 horsepower, while peak torque comes in at 400 Nm; the only transmission option is a six-speed DSG automatic.

VW equips the Golf GTE with a 13 kWh battery pack that provides a claimed pure-electric range of 37 miles (60 km), and it can push the car up to a speed of 81 mph (130 km/h) without starting up the internal combustion engine.

On the design front, it looks very similar to the GTI and GTD. It has the same sportier front bumper as they do, but VW decided to give it a much less sporty looking rear bumper that comes with - wait for it - fake exhausts, which is quite unfortunate for a hot hatch. The GTI gets two exhausts, while the GTD gets a single dual exit exhaust and the GTE’s rear bumper looks pretty bad by comparison.

The GTE also doesn’t come with the lowered suspension as the GTI and GTD. Those two models are 0.6 inches (1.5 centimeters) lower than the standard Golf and the fact that the GTE isn’t factory lowered is a questionable decision on VW’s part - not only does a lower ride height enhance the car’s cornering capability, but it also makes it more aerodynamic and thus more efficient (which is important for a plug-in hybrid).

So between the higher ride height, its economy car rear bumper with faux exhausts and wheels that don’t look as aggressive as those on the GTI or GTD, the GTE doesn’t look quite as aggressive as those two. This is at odds with what SEAT did with the new Cupra Leon plug-in which can only be distinguished from the regular 2.0-liter car by the charge port on the front left fender.

This trio of performance-minded Golfs will make their official debut at the 2020 Geneva Motor Show if it doesn’t end up being cancelled as per the coronavirus outbreak. It’s also worth noting that VW says all three variants are near-production concepts, so they are still subject to change before they go on sale.

Golf GTE. The Golf GTE’s plug-in hybrid drive is made up of a TSI four-cylinder unit generating 110 kW (150 PS), an electric motor with an output of 85 kW (115 PS), a 6-speed DSG gearbox and a new lithium-ion battery. The drive train delivers a power output of 180 kW (245 PS) and a maximum system torque of 400 Nm. Compared with its predecessor, the all-electric range has increased significantly to now around 60 km. The increase in range has been achieved by improving the new Golf’s aerodynamics and by managing to boost the energy capacity of the battery by 50% to 13 kWh. The Golf GTE can be driven at speeds of up to 130 km/h in all-electric mode.

Three Golf models, three characters. The design of the three new, sporty Golf models reflects unadulterated charisma, something that becomes particularly evident at the front end. The standard LED headlights are positioned low down and dominate the striking front end in conjunction with the radiator grille. The narrow edge below the bonnet, reaching across the entire front, has been designed in one of the three dedicated colours – red for the GTI, blue for the GTE and silver in the GTD. Upon activating the daytime running lights, two continuous LED strips up to the Volkswagen logo emphasise this striking line. This creates the completely new, unmistakable headlight design of the Golf GTI, GTE and GTD. Just as striking and unmistakable: the large, continuous, air inlet grille at the bottom featuring the honeycomb pattern so typical of this model as well as the integrated fog lights (optional).

Although Volkswagen is enhancing the digital and networking capabilities of the eighth-generation Golf – and with it also the GTI, GTE and GTD – to an unprecedented extent, many of the original GT insignia can still be found on board. However, the sports steering wheel of yesteryear has been transformed into a new multifunction leather sports steering wheel with touch controls and an optionally integrated Travel Assist button to help the powerful Golf models reach a top speed of 210 km/h while Travel Assist is engaged. The three silver spokes on the steering wheel have been retained – in the GTI, the interior of the central spoke has a red finish, while the GTE and GTD have blue and silver finishes respectively. The classic checked pattern of the sports seats is also retained. The new checked design is called Scalepaper. The seams of the grey and black design are red in the GTI, blue in the GTE and light grey in the GTD.