According to the EV Sales Blog, new registrations amounted to 619, which is about six times more than a year ago! Thanks to that, the plug-in market share went through the roof to 3.2%, while previously it never even touched 1%.

The majority (about 62%) of the total volume were all-electric cars.

The main reason behind the surge is Škoda, which with the start of the year unleashed its two first plug-in models, the all-electric Škoda CITIGOe iV and plug-in hybrid Škoda Superb iV and lowered its average CO2 emission.

The native brand (part of the Volkswagen Group) has captured 69% of the market last month as the CITIGOe iV noted 254 registrations, while Superb iV also did pretty decent with 174. 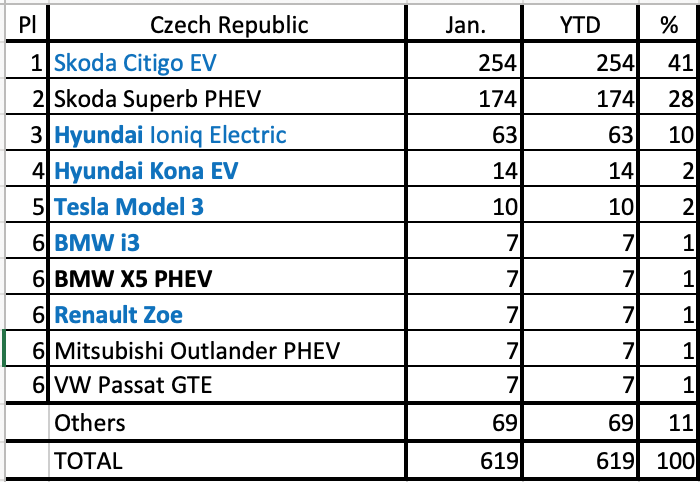