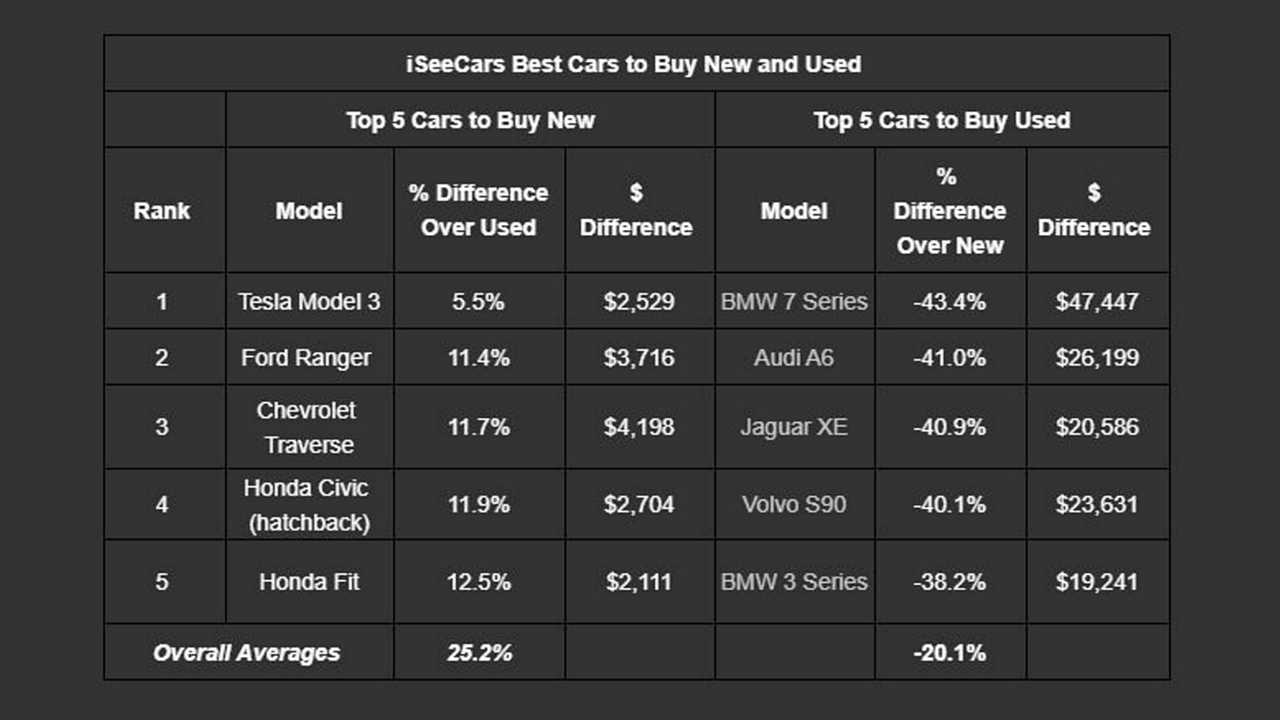 According to a recent iSeeCars.com study, which found a positive way to see the ones that depreciate more.

The Tesla Effect is something that the Model 3 has taken to entirely new levels. The EV is proving to be so popular that it loses as little as 5.2 percent on its sale after just one year. The BMW 3-Series, on the other hand, is one of the best vehicles to buy used because it loses 38.2 percent of its value in the first year alone. That is what a recent iSeeCars.com research revealed.

Can The Tesla Effect Send German Automakers Into A Frenzy?

These vehicles are the two extremes of the same seesaw: while the Tesla is up, the BMW is down. Both cars compete for the same customers, who are after a midsize luxury car.

The difference is that people are so avid for the Model 3 that used units do not have to offer expressive discounts to sell when compared to the price of a brand-new one. The pre-owned BMW 3 Series, on the other hand, only leaves for a new owner with a massive cut in value.

According to iSeeCars.com, it could be worse. The BMW 7 Series is the depreciation leader, with a 43.4 percent loss. It is interesting to see that the research company decided to see only the bright side of each situation.

For anyone willing to buy a new car, the Tesla is the best option because its buyers will lose the least amount of money in case they have to sell it in the first year. On the other hand, anyone willing to purchase a used one to save some bucks will not have any benefit with a pre-owned vehicle. They may go for a salvage vehicle, but they may lose supercharging capacity.

The BMW 7 Series is the best option for a used car because anyone willing to buy it will save $47,447 after waiting for just one year. What the company does not mention is that the people who bought it are the ones that will lose that much money should they decide to sell.

When we reported EVs had a huge depreciation problem, AAA was referring to the EVs that do not have a Tesla badge. Autopilot and a cutting-edge battery management system can do wonders. Would that be the reason so many want Tesla not to offer the driving assistant anymore? If only they had water cooling for their battery packs...