According to MT testing, the Taycan tops Tesla in the quarter-mile.

According to MotorTrend (MT), the all-electric all-wheel-drive 2020 Porsche Taycan Turbo S beats all previously tested battery-electric cars in the quarter-mile by .04 seconds. It holds the new time and speed records for the publication, at least in terms of fully electric vehicles based on MT testing.

In addition, MT shares that the Taycan Turbo S:

"... became the third-quickest Porsche and 12th-quickest of any vehicle from MotorTrend's decades of quarter-mile instrumented testing of production cars. It even bumped a (991.2) 911 Turbo S down a notch." 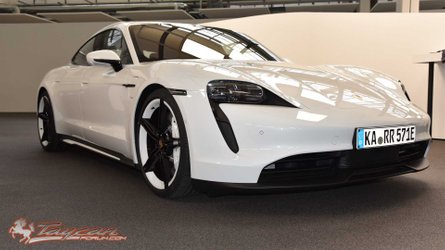 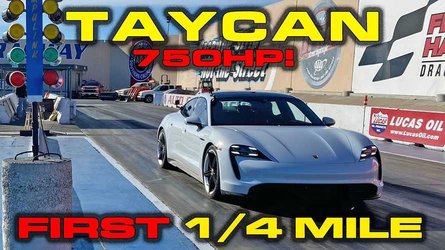 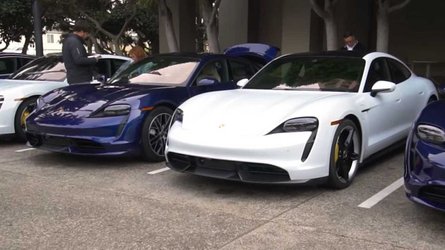 Porsche Taycan Turbo S: Takeaways After 10 Hours Behind The Wheel
⠀ 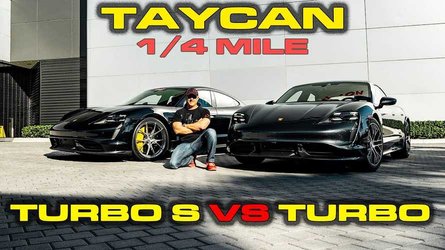 MotorTrend notes that in the tests of its electric vehicles, each car must start with at least a 75 percent state of charge or better and "should read at least 80 degrees F in the instrument panel."

MT goes on to share more about the top 15 quickest cars and points out that all-wheel-drive has proven itself well in the competition. Both the Porsche Taycan and Tesla Model S employ all-wheel drive, which has helped them perform so well in acceleration tests.

The rivalry between the Taycan and Model S on the drag strip is far from over despite MotorTrend’s reported results. Tesla is constantly improving the Model S via over-the-air updates, as well as preparing a ‘Raven’ version that should bring even more power and quicker times to the fight.